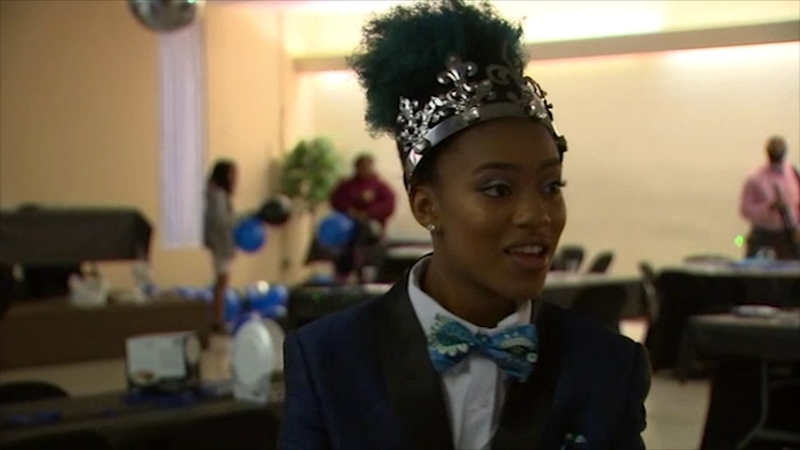 GARNER, N.C. (WTVD) -- When the birthday girl, Shanylah Bremer, started thinking about how she wanted to celebrate her 13th birthday she knew she wanted a party, definitely a crown, a big cake, but she also wanted to send a message.

"To be yourself no matter what and don't be afraid of who you are," Bremer said.

So when the invitations went out, the festivities were billed as a "No Bullying" Party.

"Basically having everybody come who was bullied and who wasn't bullied to just be happy together and we can explain to them it's not good to bully," she explained.

Wake County 8th grader turns her 13th birthday into a “No Bullying Party”.
Shanylah Bremer healed her own scars from childhood bullying by raising awareness for other children. They all partied tonight together in Garner. #abc11 pic.twitter.com/p7K0F6Uab0

Bremer's an 8th grader at West Millbrook Middle School in Raleigh. But back in 3rd grade is when her bully started to quickly chip away at her self-confidence and self-worth.

She persevered, eventually befriending the boy who bullied her. But now she speaks openly about changing the culture - about how bullying at school or online too often leads to depression and thoughts of suicide in kids and teens.

Bremer's passion to stop bullying didn't start with this party. She's been on the front lines for years of her short life. She literally wrote the book on no bullying.

At eight years old, she turned "No Bullying", the paper she wrote and illustrated in third grade into a children's book. By 5th grade, Bremer and her mother were able to get the work published.

At the No Bullying Party, Shanylah handed out “golden tickets” to other Wake school children who’ve been bullied at school or online — encouraging them to call it out and stand up for themselves. pic.twitter.com/JxPKVMzsb6

"It makes me feel great to be around a lot of people that have gotten bullied and are facing their fears," Thompson said.

Capricia Smith brought her daughter, Adrianna, who has also been a victim.

"I feel like bullies should even be here to see how these kids feel and what they've been through," Smith said.