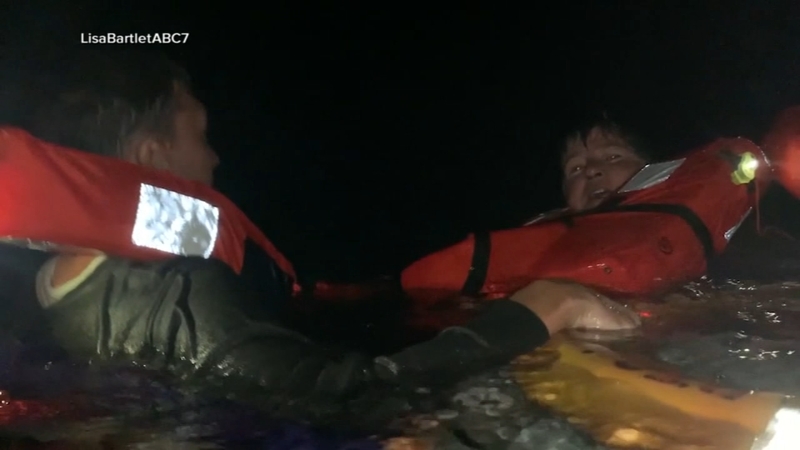 A terrifying escape for American tourists traveling on a small cruise ship was caught on camera.

Nearly 30 people were forced to jump off their burning ship in the middle of the night and into shark-infested waters in the Galapagos Islands.

16 vacationers and 11 crew members who were on an eight day cruise last week when their boat began filling with smoke.

Lisa Bartley from ABC station KABC was onboard traveling with her friend Dana, and immediately started filming.

"Smoke filled the boat, they told us there was a fire in the engine," Bartley added.

Barely able to breathe, the passengers were left with no other option but to evacuate even though they had seen sharks in the water earlier that day.

"We did have to jump off from the back of boat," Bartley recalled.

Once in the water, they ran into another problem as their two life rafts wouldn't deploy.

Their guide Malena began calling out everyone's name to ensure everyone was safe.

All were accounted for as the terrified passengers bobbed in the shark-infested waters for an hour.

"Once we got in the life raft I knew we were going to be safe," Bartley said. "The crew was so amazing. One of them actually took off his sweatshirt and gave it to Dana and some of the other girls who were cold."