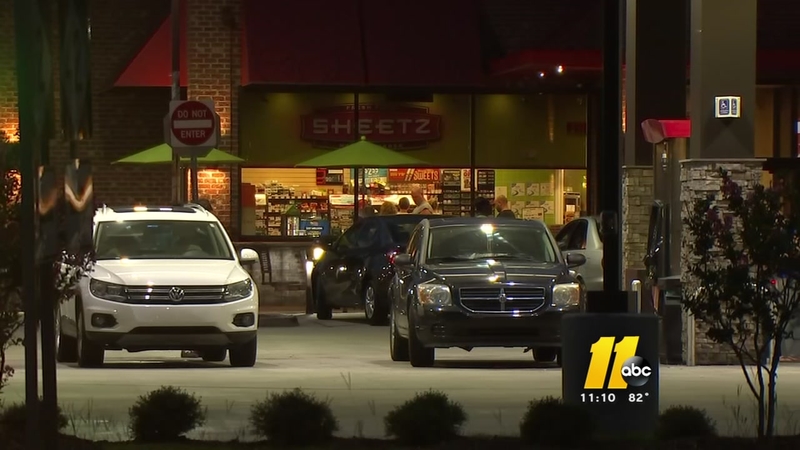 JOHNSTON COUNTY, North Carolina (WTVD) -- Johnston County authorities are investigating a skimming scheme that happened over the course of more than a week inside of a Sheetz. They said the suspects could be linked to multiple crimes.

The sheriff's office confirms there was a skimming device placed on the card reader at the Sheetz located on N.C. Highway 50 at N.C. Highway 42 not far from the Johnston County and Wake County line.

Recent reports of skimmers in the area have involved the gas pump, but in this case, the culprits put the device on the card reader inside of the store.

A spokesperson for the Johnston County Sheriff's Office said a skimmer can be put on in a matter of seconds when a cashier's back is turned. Once the skimmer is on it can read your PIN and your magnetic strip.

Investigators said they believe the skimmer was on the store's card reader from June 29 through July 7 when an employee happened to find it.

Animation shows how a skimmer can be slipped on.

When asked how a customer could tell if there is a skimmer on the card reader, the sheriff's office spokesperson said it is hard to tell. He said even they were fooled.
Gracie Wells Chamblee said she stops for gas at that Sheetz location and was on her way there to get gas when she heard what happened.

"I'm going to wait until tomorrow when I can go to the bank and get some cash, cash money, not go through my card at all," Chamblee said.

Other people we talked to said they make a point to pay inside because they heard of skimming devices on gas pumps.

The sheriff's office said the people they believe are behind it are actually in jail in another county on unrelated charges. They said they plan to charge them in Johnston County.

They couldn't share too many details about the suspects because of the ongoing investigation but confirmed they believe the suspects could be linked to other similar crimes.