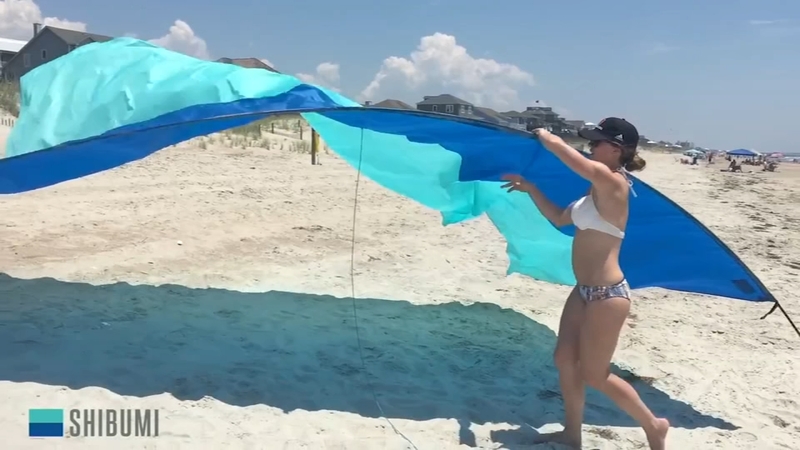 ASHEBORO, N.C. (WTVD) -- If you've been to the North Carolina coast lately, you've probably seen them along the beach.

The blue and green Shibumi Shade is an alternative to traditional umbrellas. They come in a light case, weigh less than four pounds and can easily be assembled by connecting aluminum poles and sliding on a ripstop polyester canopy, the same material used for parachutes.

They were created by three North Carolinians who grew up going to the coast. Dane, 32, and Scott Barnes, 29, are brothers and Alex Slater, 32, is their longtime friend. All three live in Raleigh, grew up in Winston-Salem and graduated from UNC.

"We never liked the tailgate tents and the umbrellas because they break," Dane Barnes said. "They don't provide enough shade and they're difficult to set up. My parents bought a home in Emerald Isle and we decided that we wanted to come up with something better."

In 2016, they made a model one for their own use and took it to the beach. Then, beachgoers started requesting them. They sold 32 that year. 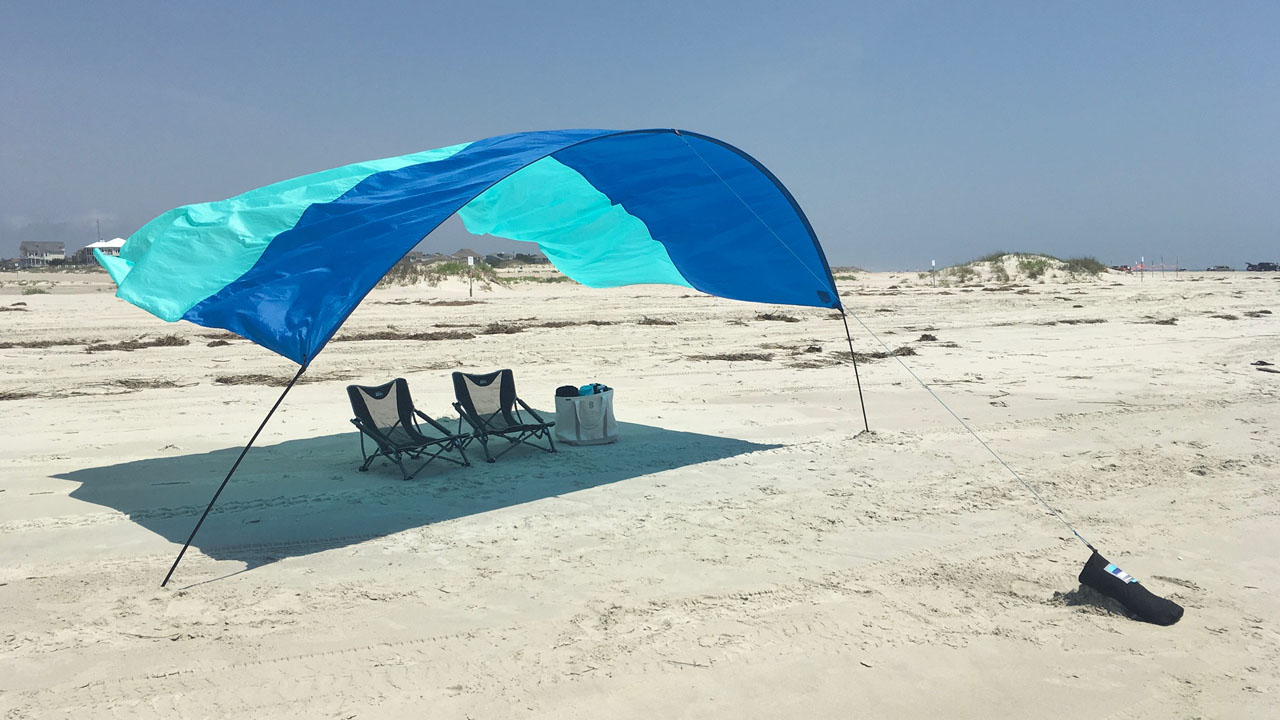 Now, they produce thousands out of Asheboro. They sell them online and at 20 stores, mostly in beach towns.

Instead of fighting the wind, the founders say the Shibumi Shade uses the wind.

"It allows the wind to flow through, which allows it to be a lot lighter and can provide a lot more shade than your average beach shade," Scott Barnes said.

"We got our start here in North Carolina," Alex Slater said. "So that's kind of where we've grown out from. But we've sold in states everywhere from Maine to Hawaii and pretty much every beach in between."