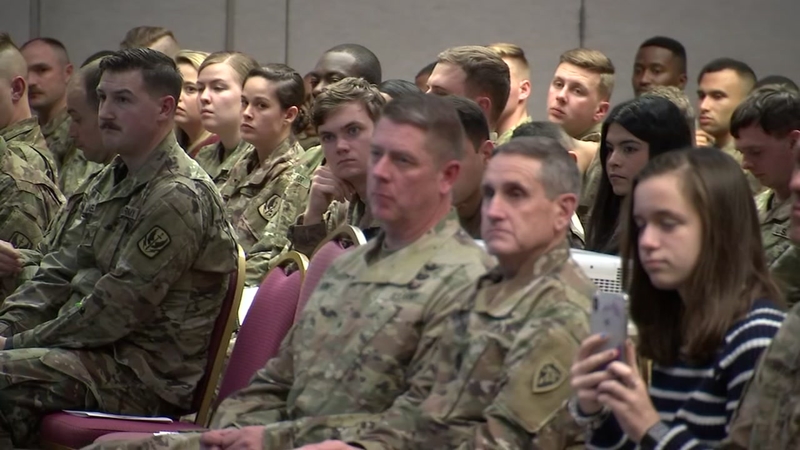 The Millenium Hotel in Durham hosted the troops who just returned from a year-long deployment as part of Operation Inherent Resolve in the Middle East.

One soldier was reunited with his wife, who had given birth while he was deployed.

"Him being gone while being pregnant and having a toddler and then giving birth without him there was the hardest thing that I've ever done in my life," the woman said.