WTVD
By Jonah Kaplan
RALEIGH, N.C. (WTVD) -- The boxes line the shelves like an encyclopedia, but this bookcase sits in a morgue.

The North Carolina Office of the Chief Medical Examiner (OCME) is now in possession of the cremated remains of 83 unclaimed decedents, a sobering but substantive issue for death investigators and taxpayers alike.

The 83 decedents are among the more than 12,000 cases referred to the OCME, which is given jurisdiction over sudden, unexpected and violent deaths.

Officially, North Carolina law defines an "unclaimed body" as a decedent whose known relatives or contacts cease communications with the OCME for at least five days after becoming aware of the death investigation. An unclaimed body can also be a decedent who has been in the possession of the OCME for at least 10 days and there hasn't been any contact with next of kin.

According to Dr. Michelle Aurelius, Chief Medical Officer, only a fraction of the unclaimed are unidentified - meaning the vast majority of unclaimed decedents have known names and records.

"In the past we would think of those individuals that haven't been identified and we can't find next of kin," Dr. Aurelius, Chief Medical Examiner, explains to the ABC11 I-Team. "Nowadays we're having a different quandary and conversation with families. Sometimes families are unwilling or unable to claim the remains of their loved ones, and sometimes it's because of financial reasons."

The protocols as defined by law require unclaimed decedents to be cremated and then the ashes released in a "dignified manner" off the North Carolina coast. The state pays for the entire process.

A memo from the NC Office of Administrative Hearings further explains that the ashes must remain in the OCME's possession - sitting in boxes on those shelves - for at least three years before being dispersed into the ocean.

Aurelius said there are a number of factors that may be behind the increase, from North Carolina's population growth to the opioid crisis (58 percent of all OCME cases are related to drugs).

In some cases, the decedent is estranged from his/her family or its relatives live far away.

An emerging factor, however, is the skyrocketing cost of funeral expenses -- an issue Aurelius laments is something most families are unprepared for regardless of circumstance.

"It's hard for me to have those conversations with my parents in their 80s, but I want to ensure I have enough money saved for funeral arrangements for them and that I know their preferences. They are tough discussions to have but they're very important."

Like most things in life, death is emerging as big business in the United States -- an estimated $16 billion industry.

For families, the stress of paying for a funeral quickly overshadows the feelings of grief.

These costs, meanwhile, do not include cemetery fees, gravestones, flowers or even an obituary.

By comparison, the NFDA's General Price List Study shows a median cost of $5,180 in 2000 - a 47% increase. A federal review of price data is even more astounding: The Consumer Price Index for All Urban Consumers (CPI-U) shows the rate of funeral expenses rising almost twice as fast as consumer prices for all items. From December 1986 to September 2017, funeral expenses rose 227.1%, while most other items jumped 123.4%.

The NFDA did not answer the I-Team's questions about why such a dramatic change.

For Aurelius, though, she does not consider the state's paying for the cremating of an unclaimed body as a "bailout."

"It's about respect," she said. "It's just like hospitals don't abandon patients because they can't pay. They don't push them out the door and don't leave them in the parking lot. They're people and deserve our respect. Same thing for the Medical Examiner system."

Planning for the future

"When my staff is being pulled to help identify the unclaimed and work with families, then they're pulled from paperwork for death certificates and completing autopsy reports," Aurelius said, while noting that that families who will claim decedents anxiously await the swift completion of the ME's work so they can grieve. "We never work fast enough for families. In my opinion I'm not sure we'll ever work fast enough because if I have a loved one in the medical examiner's system, I'd want my answers in five minutes."

As for the future, Aurelius said the lessons from this issue apply to families across the state and the country: plan ahead.

"One (solution) is we have less death so we continue to take care of ourselves, that we work on opioids crisis, drug overdoses, homicides, etc.," she asserts. "The other is about having intimate conversations with the people you love. I want them to plan for power of attorney, I want them to plan for end of life care -- when do you want to pull the tube -- and I want them to have conversations and money saved for what that loved one might want to have happen with their bodies after they die."
Report a correction or typo
Related topics:
societynci teamdead body
Copyright © 2020 WTVD-TV. All Rights Reserved.
I-TEAM 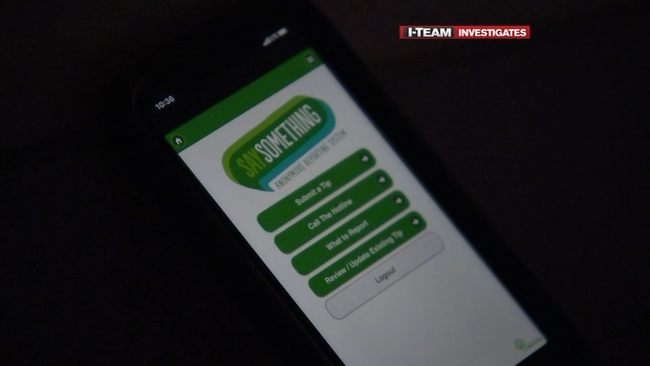