What's included in bill to decriminalize marijuana at federal level 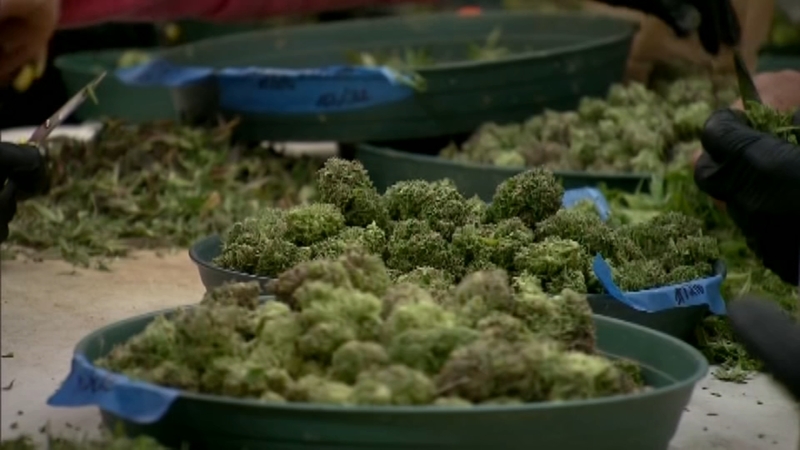 Bill to decriminalize marijuana at federal level up for vote

A landmark bill that would decriminalize marijuana use at the federal level is up for vote soon.

The U.S. House of Representatives is set to vote on the legislation in September, according to an email sent out on Friday by Majority Whip James Clyburn. Politico first reported on the pending vote.

The "Marijuana Opportunity Reinvestment and Expungement Act of 2019" -- also called the MORE Act -- would officially remove cannabis from the list of federally controlled substances. It would also expunge federal marijuana convictions and arrests, and approve the allocation of resources for communities affected by the war on drugs, according to the bill's text.

"A floor vote on the bill would be the greatest federal cannabis reform accomplishment in over 80 years," the Global Alliance for Cannabis Commerce said in a statement Friday.

The House Judiciary Committee passed the bill, introduced by Rep. Jerrold Nadler, D-N.Y., and co-sponsored by more than 50 lawmakers, by a vote of 24-10 in November.

"These steps are long overdue. For far too long, we have treated marijuana as a criminal justice problem instead of a matter of personal choice and public health," Nadler, the committee's chairman, said in a statement at the time. "Whatever one's views on the use of marijuana for recreational or medicinal purposes, arresting, prosecuting, and incarcerating users at the federal level is unwise and unjust."

COVID-19 pandemic has posed some challenges but this is what this medical marijuana dispensary is doing for its patients.

The MORE Act would remove marijuana as a Schedule I substance, a category that also features other drugs, such as heroin, LSD, ecstasy and peyote, and leave states to regulate it.

"States have led the way -- and continue to lead the way -- but our federal laws have not kept pace with the obvious need for change," Nadler said. "We need to catch up because of public support and because it is the right thing to do."

MORE: Austin police will no longer cite or arrest people for possessing small amounts of marijuana

Pew Research Center and Gallup polls last year both found that about two-thirds of Americans support legalizing marijuana, with Democrats more supportive of the move than Republicans.

The issue has gotten "greater urgency," one Democratic lawmaker said, amid calls for social justice reform during the recent Black Lives Matter protests.

"As people across the country protest racial injustices, there's even greater urgency for Congress to seize this historic opportunity and finally align our cannabis laws with what the majority of Americans support, while ensuring restorative justice," Rep. Earl Blumenauer, D-Ore., said in a social media post Friday sharing news on the upcoming vote.

If the bill passes the House, it would move to the Senate, where its lead sponsor is Sen. Kamala Harris, D-Calif., the Democratic nominee for vice president. Majority Leader Mitch McConnell has previously noted he does not plan to endorse the legislation.

Former Vice President Joe Biden, the Democratic nominee for president, has spoken out in favor of decriminalizing marijuana and expunging criminal records for possession charges. Like Nadler, he thinks each state should decide whether or not to legalize it.

President Donald Trump has openly opposed changing federal marijuana laws. Earlier this month, he also suggested that if Republicans wanted to win elections, they should not put marijuana legalization on the ballot.

"The next time you run please don't put marijuana on the ballot at the same time you're running," Trump said at an Aug. 17 rally in Oshkosh, Wisconsin. "You brought out like a million people that nobody ever knew were coming out."