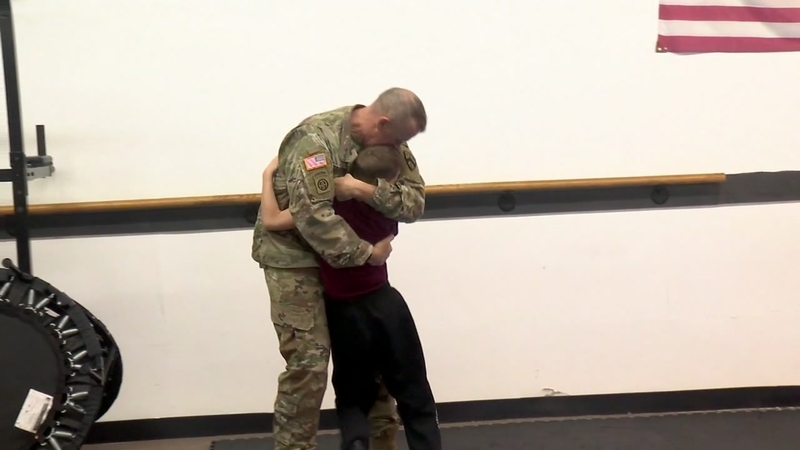 LEBANON, Tenn. (WTVD) -- A soldier from Lebanon, Tenn., came home early from active duty and gave his son the surprise of a lifetime.

According to WKRN, SSG Rob Cesternino returned home Monday after being deployed with the National Guard.

Cesternino's son Luca, 9, didn't expect his dad to come home until next week so a plan was put in place to surprise him at his martial arts class.

Luca was blindfolded while sparring with his instructor, but then someone new stepped in- his dad.

Once Luca heard his father's voice, he took his blindfold off and gave him the biggest hug.

"He had to shoulder everything while I was gone. He had to do it all with the help of an amazing, amazing community," said Cesternino.