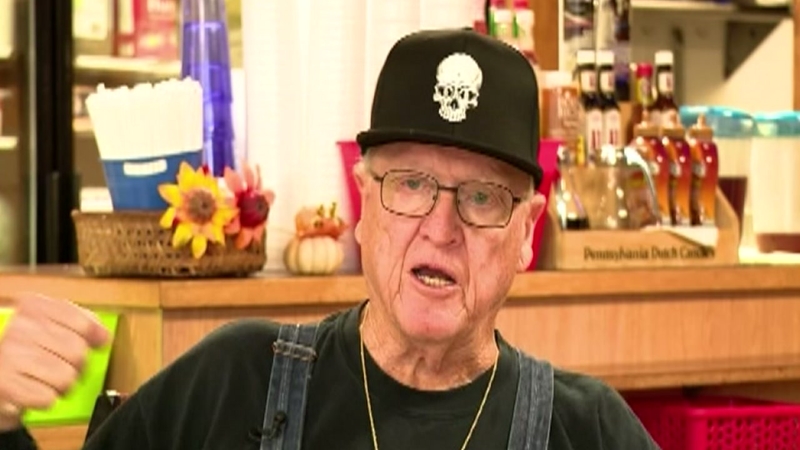 HAYWOOD COUNTY, N.C. (WTVD) -- A Haywood County man came face to face with an angry bear and lived to tell about it.

"That sucker was eyeball to eyeball to me," Sonny Pumphrey told WLOS about his experience on Tuesday.

Pumphrey said he saw a mother bear and her two cubs outside his home, but then the cubs ran away, leaving the mama bear behind.

"She made a charging dead run at me," Pumphrey. "I hit her right dead on the point of the nose with the first shot. And when I did, she went down and started trying to bite me."

Pumphrey said he kept pounding the bear, who grabbed him, shook him, and swatted him down to the concrete.

Inside their rural cabin, Pumphrey's wife Betty heard the commotion and opened the front door with their little pet Yorkie.

The dog's barking and Betty and Sonny's screams scared the bear off.

Pumphrey has a number of bumps and bruises now and will have to take a series of rabies shots after the attack. But he knows it could've been much worse.