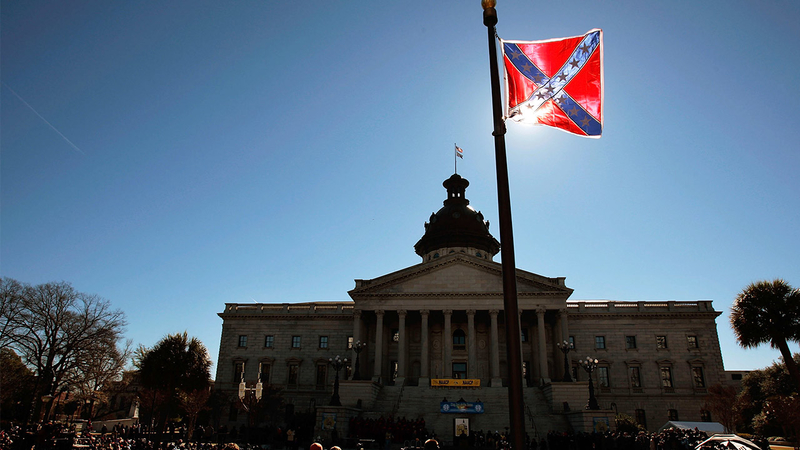 Social media users are calling for the removal of a Confederate flag flying outside the South Carolina State House on the grounds that it is "insulting" to the victims of the Charleston church shooting.

A state that flies the confederate flag can't figure out why nine black people were shot and killed by a white man. 🐸☕️ #CharlestonShooting

Gov. Nikki Haley had previously rejected the removal of the Confederate flag from the state house, saying that it was a "sensitive issue," according to ABC News. But last year, the governor didn't believe the flag represented an image problem for the state because she never had "one conversation with a single CEO about the Confederate flag."

"In South Carolina, the governor does not have legal authority to alter the flag. Only the General Assembly can do that," Gov. Haley's press secretary told ABC News.

Many on social media shared their distaste over the flag.

I question the sincerity of someone who has defended the Confederate flag. Maybe today, the governor will understand why it has to go.

You can't support flying the Confederate flag in your state, @NikkiHaley and pretend to not know the "motives." #Charleston.

So here we are again.SC may lower the pro-terrorism, proslavery, anti-religious flag to half mast for a day.But they plan to raise it again.

In the past day, there have been over 60,000 tweets with the phrase "Confederate flag," according to Topsy, a Twitter analytic service.

The Southern Poverty Law Center also tweeted an image of the suspected shooter Dylann Roof sitting on a car with Confederate license plates.