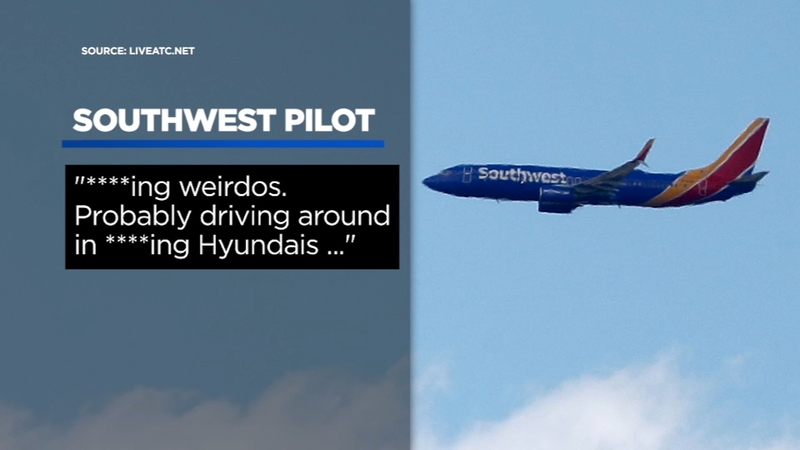 SAN FRANCISCO, California -- A Southwest Airlines pilot was caught on a hot mic making an expletive-filled rant against the San Francisco Bay Area.

The unidentified pilot was heard on a radio frequency at Mineta San Jose Airport (SJC) as the flight taxied for departure.

Here's part of what he said:

While his tirade wasn't broadcast to passengers, travelers say the audio is concerning.

Judina Trade returned to the Bay Area on Thursday, traveling through SJC.

Trade told ABC11 sister station ABC7 News KGO-TV, "I think it's a good thing that the aircraft did not hear that because I would be very scared to hear a pilot saying that. Especially with everything that's been going on."

Southern California resident, Shane Forker said, "I think I'd maybe be worried that he was drunk, or out of his mind, maybe."

"It was extremely disheartening to hear our largest air carrier- to hear one of their employees- their pilots speak so disparagingly about the San Jose area," he shared.

Southwest Airlines told KGO-TV the comments made by the pilot are inconsistent with their company culture. The carrier says they will deal with the matter internally.

The FAA said its regulations prohibit pilots from talking about anything other than safely conducting their flight while taxiing and while flying below 10,000 feet altitude.