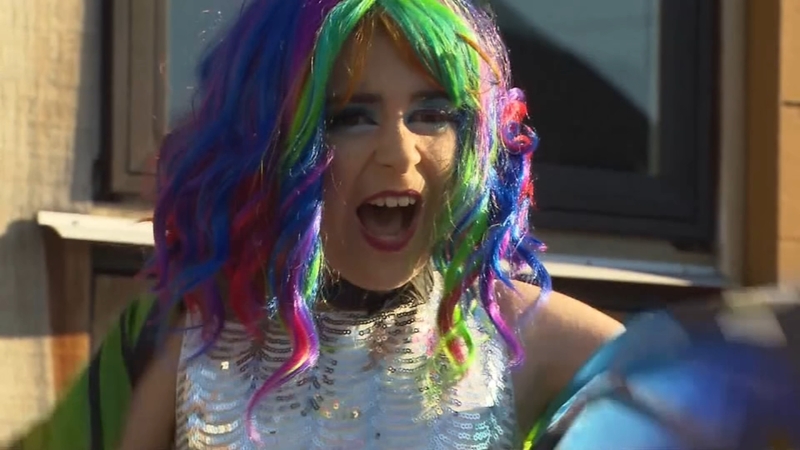 PORTLAND, Oregon -- The mother of a 10-year-old drag queen says she isn't letting anyone steal her son's shine, even after being on the receiving end of death threats and calls for authorities to take away her children.

Sparkle Lynn More has gained a following after storming the stage two years ago, inspired to perform after attending a drag show.

"It brings me a smile and a lot of other people a smile, and I love seeing smiles," Sparkle told KOIN.

Michelle Porter said the glitz, glamour and pageantry of the drag world immediately called to her son.

"From birth, when they were little, we called them our 'sparkly boy,'" Michelle said.

VIDEO: 10-Year-Old Drag Kid talks bullying and being yourself always

In spite of growing support from the LGBTQ community, Michelle says hateful comments gave the family pause in the midst of this Pride season.

"This is a 10-year-old whose face is being plastered on hateful sites with terrible things being said," Michelle said. "There's been so many comments about how I should be beaten to death, I should lose my children."

Still, Michelle says there is power in numbers, and seeing her son live out his dreams.

The family decided ultimately not to let the comments rain on Sparkle's parade. The young performer put on quite a show at a fundraiser for LGBTQ youth on Saturday, and was in attendance for Portland's Pride festivities.

"I need to do this," Sparkle said. "All the cool outfits, lip synching and all that."