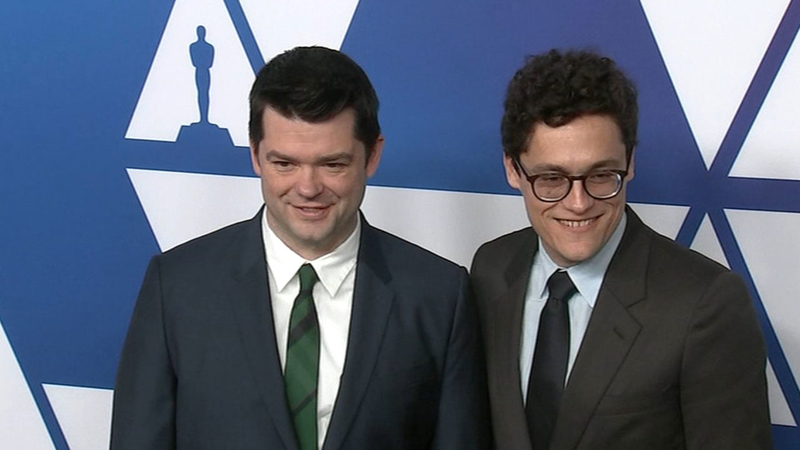 LOS ANGELES -- The success of "Spider-Man: Into the Spider-Verse" has been an out-of-this-world experience for the film's producers.

Eight-hundred people worked four years on this film to create something the producers believe moviegoers feel connected to because it's something special.

"People come up to us and they say, 'I took my son and he said, he looks like me or I want to be like her when I grow up' or 'They speak Spanish like us' or 'You finally did 40-something dudes with an out-of-shape body a solid for being a hero", said producer Chris Miller. "There's something for everybody in the movie and everybody can see that anyone can be a hero."

"Spider-Man: Into The Spider-Verse" has earned north of $350 million at the worldwide box office.

Producers feel we are in a new era for animated movies.

"Animation is capable of so much," said producer and co-writer Phil Lord. "We are at the beginning of a golden age where there's going to be all kinds of different animated movies and we're just really excited about it. Look, if you said, 'I don't like westerns,' you'd never get to see 'Unforgiven.' If you said, 'I don't like romantic comedies,' you'd never get to see 'Tootsie,' you know? There's great movies in every genre."

In this genre, to win the Oscar, "Spider-Man" will have to beat out some tough competition: "Incredibles 2," "Isle of Dogs," "Mirai," and "Ralph Breaks the Internet."

Miller and Lord are first-time nominees who are still trying to process it all.

"It's hard to feel like the frontrunner in front of Brad Bird and Wes Anderson. That just seems ridiculous," said Lord.

"Yeah, amazing filmmakers and amazing films and it's exciting to just be part of this whole thing," said Miller.

RELATED: How to watch the Oscars: Everything to know about the 2019 Academy Awards