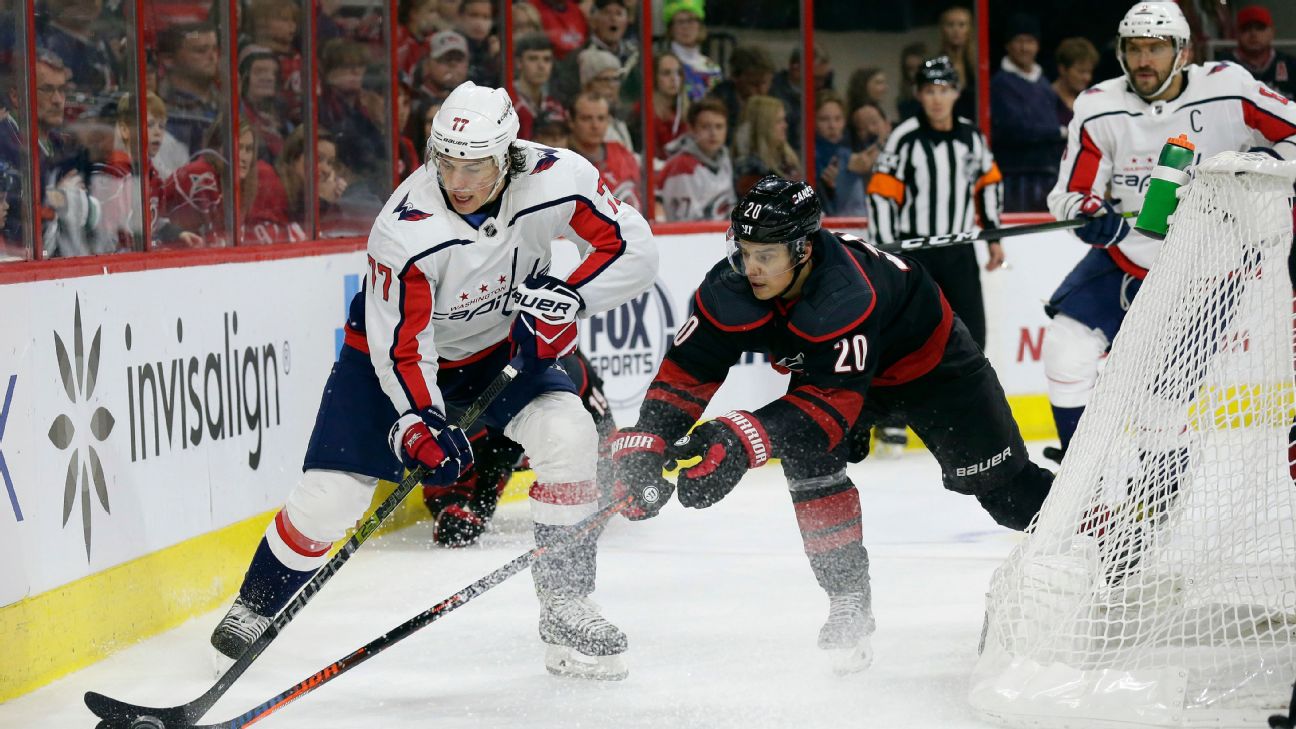 ESPN
By Emily Kaplan
The defending Stanley Cup champion Washington Capitals look as strong as ever heading into the 2019 Stanley Cup playoffs. But the Carolina Hurricanes have been proving doubters wrong all season -- and having lots of fun while they're at it. Who wins this series? Let's break it down.

How they got here: Yes, the Capitals spent the summer splashing in fountains and celebrating the franchise's first Stanley Cup, but the hangover wasn't as severe as many feared. Washington won its fourth straight division title.

The Capitals did slump at times -- including a seven-game losing streak in mid-January -- but had some dominant stretches too. The captain set the tone. Alex Ovechkin cruised to his second-consecutive Rocket Trophy, and eighth overall. Ovechkin's 51 goals were 26 more than his closest teammate. The Caps began the season with nearly the same roster they ended with in June. They would add along the way -- including depth defenseman Nick Jensen and veteran winger Carl Hagelin, a force on the penalty kill -- but also lost some. They sent playoff hero Devante Smith-Pelly to the minors, and lost top pairing defenseman Michal Kempny to injury late in the season.

Carolina, meanwhile, has been injected by new energy. In his first full season as the majority owner, Tom Dundon has been intimately involved in day-to-day operations while Rod Brind'Amour shined as a rookie NHL head coach. With elaborate postgame celebrations -- which drew the ire of many traditionalists in hockey media -- and a fast-paced game, the Canes improved attendance and clinched their first playoff berth in a decade, snapping the NHL's longest postseason drought. The "Bunch of Jerks" had a bunch of fun. They also boasted a strong defensive structure. Young Finns Teuvo Teravainen and Sebastian Aho, plus captain Justin Williams, set the bar offensively.

First line:Aho led the Hurricanes in scoring with a career-high 30 goals and 53 assists. He's due for a star turn, and there's no better place to make your mark than the playoffs -- especially if he gets the chance to go up against Washington's top center, Evgeny Kuznetsov. That said, it's hard to imagine Ovechkin, or his line, slowing down anytime soon. The Hurricanes might have a hard time in particular finding an answer to Tom Wilson (most teams do). Advantage: Caps

Depth: The Canes flex some talent (and scoring production) on their second line, but after that, there's a significant drop off. The Capitals are also strong on their second line, and the third line has been especially impressive this season, thanks to a career-high 22 goals from Brett Connolly. Advantage: Caps

Defense: The Canes boast a surplus of capable defensemen, especially ones who can contribute offensively. The blue line is Carolina's biggest area of strength. The Caps are without top-pairing defenseman Kempny, a huge blow considering how effective the young Czech was in last season's Cup run. The Jensen acquisition was a prescient one. Advantage: Canes

Goaltending: Unlike last spring, Washington enters the playoffs with no uncertainty in net: Braden Holtby is the guy. Holtby ended the season with five straight wins and a .947 save percentage across those games. Mrazek has been a delight for the Canes this season; but this isn't the first time we've seen flashes of brilliance from the 26-year-old. His challenge now is sustaining it. Advantage: Caps