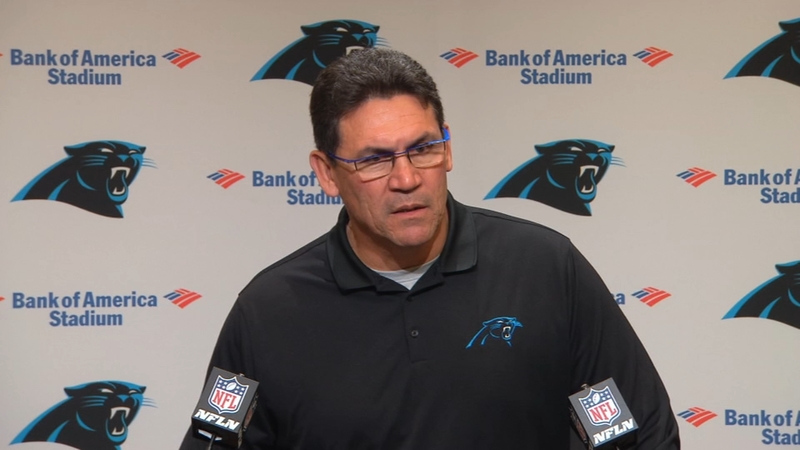 CHARLOTTE, N.C. (WTVD) -- It was like clockwork. After every Panthers loss, Ron Rivera would talk about "missed opportunities."

So much so, in fact, that it became a point of annoyance for many fans.

A blowout loss wasn't a blowout loss, the Panthers just "missed some opportunities." That even-keeled nature carried Rivera a long way as head coach here, but in the end, it wasn't enough to keep him employed for a 10th season in charge.

Like every coach before him in Charlotte, Rivera could never sustain any success.

Every step forward one season was immediately countered by a step back the next.

Whatever the specific reasons from year to year, it was a pattern that owner David Tepper clearly rapidly tired of.

Tepper bought the Panthers because he wanted into the NFL. Now that he's got a team, he's not interested in fumbling around in mediocrity.

Rivera was a solid coach but also a staid coach. What torpedoed his tenure most in my opinion was his inability to tap into an offensive assistant who could get the most out of Cam Newton and the various offensive pieces arrayed around him.

After 2015, everything looked to be in place for a potential NFC dynasty. Instead, it was frittered away. Many Sundays, the Panthers haven't just played losing football, they've played boring football.

Is it Ron Rivera's fault? Certainly not entirely. Many of the factors that led to his eventual downfall were completely out of his control. But by now, it was clear that Ron wasn't going to be the pickup truck that pulled the Panthers out of the mud either.

I've got no problem with an in-season dismissal in his case. A good and decent man, Rivera had earned the right to not have the Panthers skulking around secretly looking for his successor. He'll be fine, almost certainly back on another NFL sideline next season.

Guessing there are many other stories like this out there https://t.co/s65QjZTir9

Where the Panthers go next is the big question.

With Tepper's announcement that he's keeping GM Marty Hurney onboard, but adding an assistant GM and VP of Football Operations, it's clear that he wants an entire brain trust leading the team forward and not just one man.

As he said in the statement announcing Rivera's removal, "We are going to take a comprehensive and thorough review of our football operation to make sure we are structured for long-term sustained success. Our vision is to find the right mix of old-school discipline and toughness with modern and innovative processes."

I've got no clue where the coaching search will ultimately lead, but it was fun to see some immediate odds released:

Odds for next Panthers coach via https://t.co/yfJOw3nxMu