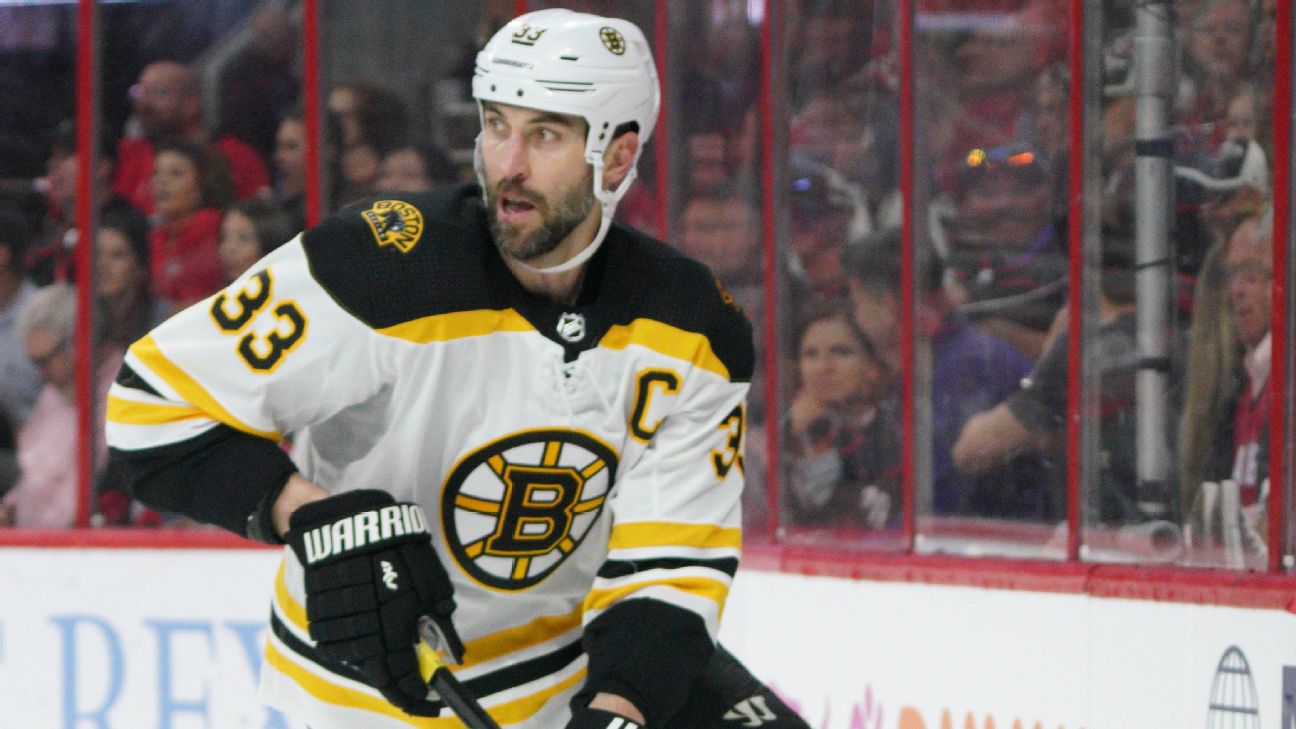 BOSTON -- Bruins defenseman Zdeno Chara returned to practice and worked out with the full squad Monday, his first such workout since sitting out Boston's Eastern Conference-clinching victory over Carolina with an undisclosed injury.

Chara had skated prior to practices over the weekend but didn't participate in any full sessions. He said he felt good after the Bruins' 45-minute workout on Monday and is on track to play in Game 1 of the Stanley Cup Final on May 27.

Chara was the first player on the ice Monday. Forward David Krejci also returned to practice. Coach Bruce Cassidy said Krejci was given a "maintenance day" on Sunday.

Being a spectator for a series-clinching victory was difficult for the 42-year-old Chara. He was a member of the Bruins team that defeated Vancouver to win the Stanley Cup in 2011 and the one that lost to Chicago in the Cup Final in 2013.

"It was, I'm not gonna lie," Chara said. "Watching games are not fun. You want to play them, you want to be involved in them. It was that feeling of an anxiousness to play. But the guys did a great job."

But Chara was easy to spot following the Game 4 win over the Hurricanes, when he suited up to shake hands with Carolina and celebrate on the ice with his teammates.

He has one goal and two assists in 16 games this postseason.

Patrice Bergeron said having Chara paired back up with Charlie McAvoy provides a major boost to the blue line.

"I think they complement each other really well," Bergeron said. "Obviously the experience that Z' has is something that he shares. And Chuck is the type of young guy that wants to learn and listen to everything that Z' has to share."
Report a correction or typo
Related topics:
sportsespnnhlboston bruinszdeno chara
Copyright © 2020 ESPN Internet Ventures. All rights reserved.
More Videos
From CNN Newsource affiliates
TOP STORIES