Buffalo Bills QB Josh Allen, day-to-day with a left foot sprain, 'has a chance' to start in Week 15 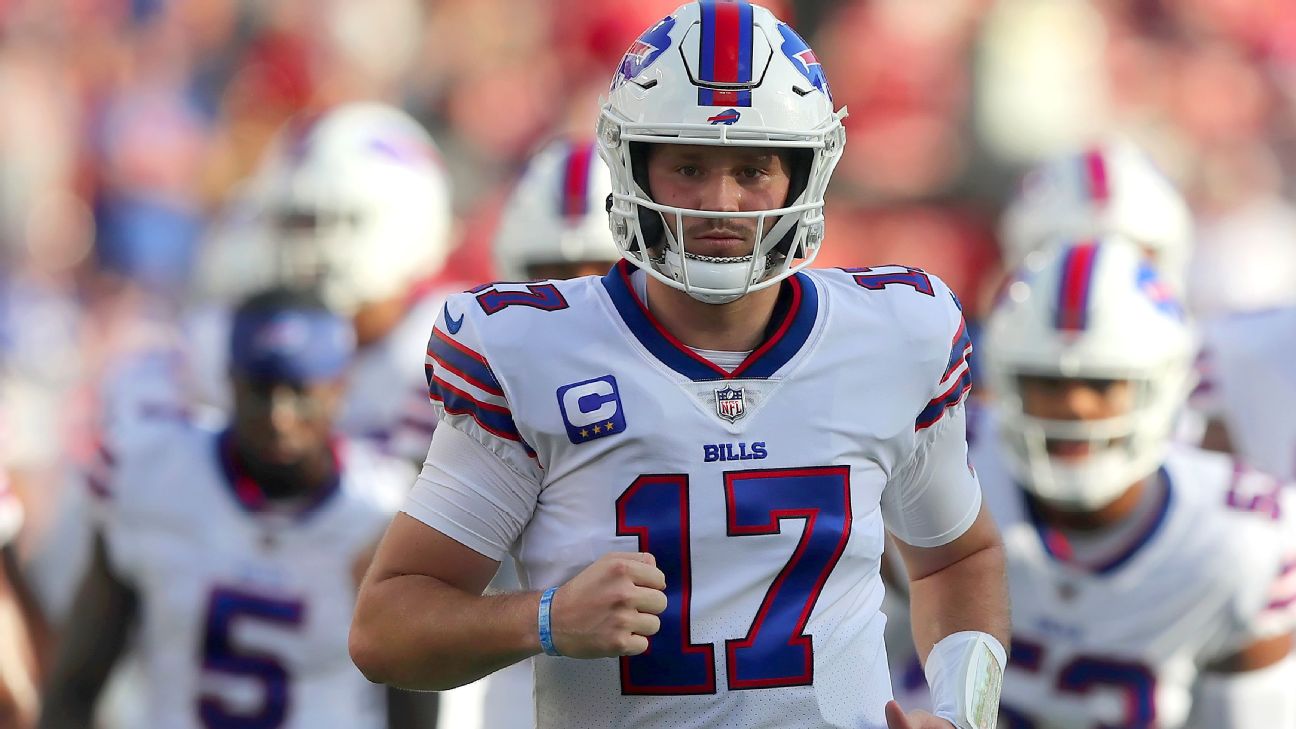 Allen suffered the injury in the fourth quarter of Buffalo's 33-27 overtime loss to the Tampa Bay Buccaneerson Sunday.


"We'll just see how he responds to treatment," McDermott said. "See what Sunday looks like as we get through the week."

Allen did not miss a snap, but he was limping throughout the remainder of the game. He finished 36-of-54 for 308 yards with two touchdowns and an interception. He also ran for 109 yards and a rushing score on 12 carries, the third time in his career he has rushed for over 100 yards in a game. All three of those games have been losses.

The Bills' backup quarterback is Mitchell Trubisky, a No. 2 overall pick by the Chicago Bears. He landed in Buffalo after Chicago did not pick up his fifth-year option. Trubisky has not yet had to play meaningful snaps, but he has come in at the end of blowout games.

Allen has not missed a game because of an injury since his rookie year in 2018.


"We're just going to take it one day at a time here and see where it goes," McDermott said. "I talked to the medical team and he has a chance. I spoke with Josh as well and he's in good spirits."

Wide receiver Emmanuel Sanders suffered a knee sprain in the loss to the Buccaneers and he'll "most likely be out this week," McDermott said. It is considered a week-to-week injury.

Gabriel Davis, who caught the coach's eye for his efforts in the loss at Tampa Bay, is expected to receive more of a role with Sanders out. Davis had five receptions for 43 yards and a score Sunday.

Buffalo will meet the Carolina Panthers on Sunday. The Bills are in the hunt to secure a playoff spot over the next four weeks with three of their final four games at home. 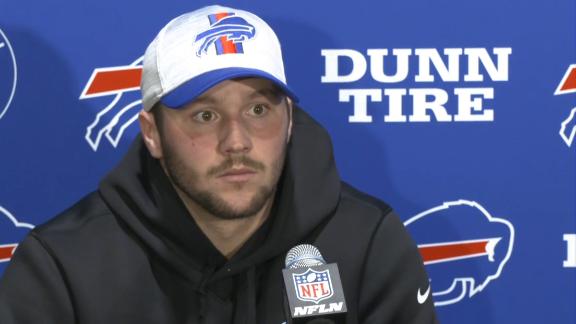