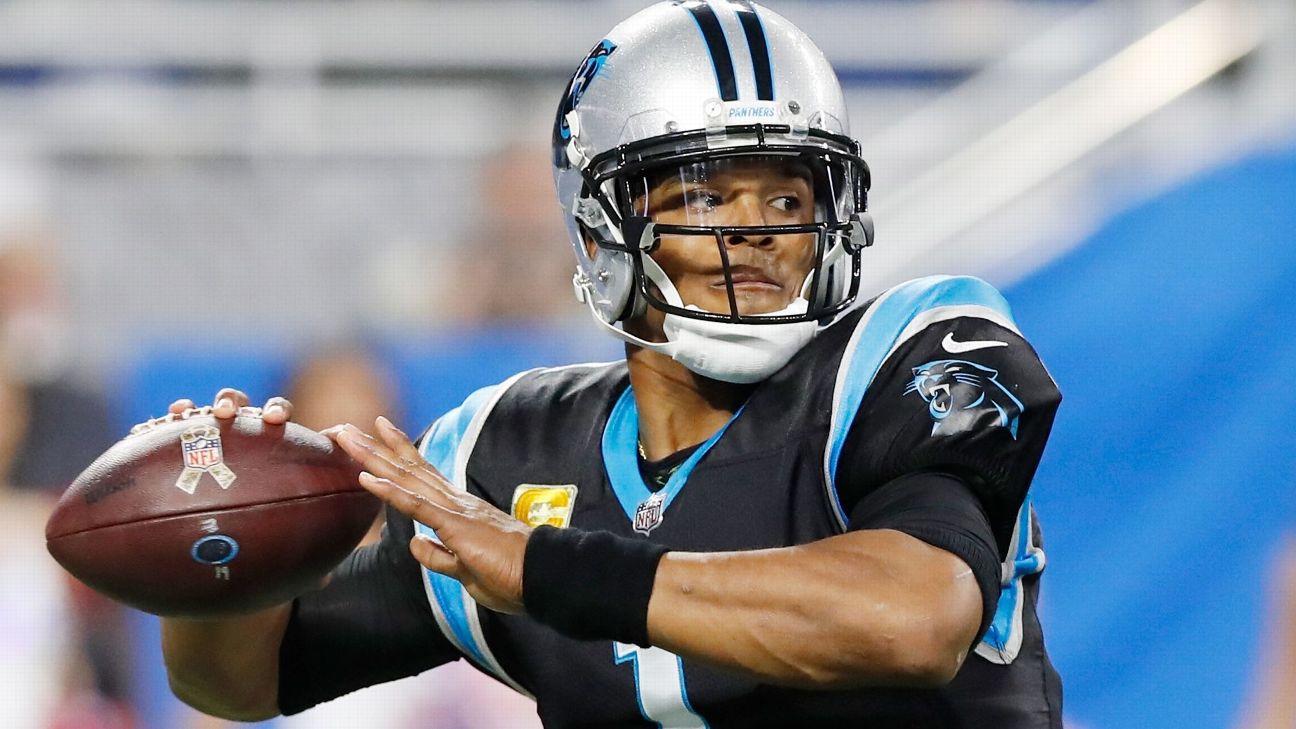 CHARLOTTE, N.C. -- Carolina Panthers quarterback Cam Newton is surprised he's still experiencing pain in his right shoulder to the point it is a factor in games and practice a year and a half after it was surgically repaired.

He didn't rule out having another procedure on his throwing shoulder after the season.

"Amongst other things,'' the 2015 NFL MVP said as the Panthers prepared for Sunday's game at Cleveland.

Asked to clarify, Newton said, "Oh, c'mon. You know Cleveland is looking at these tapes.''

Asked specifically if the shoulder might need surgery, Newton said, "I can't confirm or deny.''

"But at the end of the day, I just know, I'm healthy enough to play,'' he said. "I'm not going to let nothing hold me back from being able to help my team. I definitely don't want to be a liability. I just want to make sure that I'm putting myself and this team in the best position to win football games.''

While Newton is confident he'll be "ready to go'' on Sunday as the Panthers (6-6) try to snap a four-game losing streak and strengthen their playoff position, coach Ron Rivera was more cautious.

But there's no doubt soreness in Newton's throwing shoulder is having an impact.

Newton was pulled in favor of backup Taylor Heinicke on Sunday for a "Hail Mary'' pass on the final play of a 24-17 loss to Tampa Bay in part because the staff felt Newton's arm wasn't strong enough to make the throw and in part to prevent further damage to the shoulder.

It was the second time this season Heinicke came off the bench for such a throw. The other was at the end of the first half against Baltimore.

Newton again did not throw in Wednesday's practice, a schedule he's been on since the Baltimore game.

Rivera acknowledged that at some point the shoulder could force the Panthers to be "ready to do something different if we have to.''

"That's probably where we're going to,'' Rivera said on the direction Newton's shoulder is taking the staff. "I'm not sure, yet. We'll see how it goes.''

Newton, 29, hasn't second-guessed the surgery, similar to the procedure that kept Indianapolis Colts quarterback Andrew Luck out all of last season. He said now it's about managing the pain.

"Just got to live with it,'' Newton said. "Father time ain't nobody's friend. But at the end of the day you've got to do certain things that gives you the best opportunity to be accurate, have strength in your arm, endurance in the game.''
Report a correction or typo
Related topics:
sportsespnnflcarolina pantherscam newtonshouldersurgery
Copyright © 2022 ESPN Internet Ventures. All rights reserved.
TOP STORIES
Winter storm impacts reduced, shifted east
Gov. Cooper to speak ahead of NC winter storm
'We can't get any more': Stores struggle to restock shelves
Voting bill collapses, Democrats unable to change filibuster
Suspect captured in killing of woman, 24, working at furniture store
Third arrest made in Black Friday shooting at Streets at Southpoint
By the numbers: Stats that tell story of Biden's first year
Show More
Daniel Turcios shot 5 times after crash on I-440, RPD reports
NC legislature votes to further delay primaries until June 7
'He was special': Durham friends remember Andre Leon Talley
Cumberland County mom spins way to $500,000 lottery prize
Victim in fatal I-85 crash was just 3 months old
More TOP STORIES News