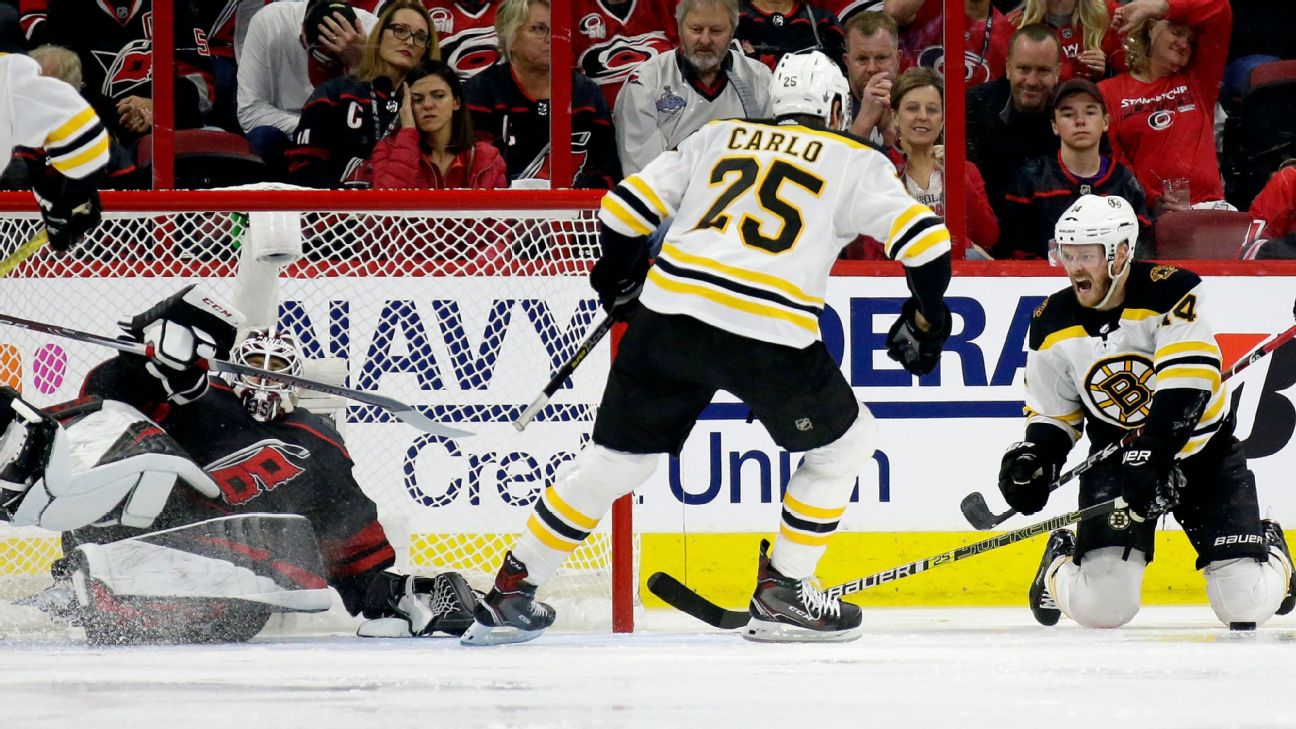 RALEIGH, N.C. -- The Carolina Hurricanes changed starting goalies on Tuesday, going with Curtis McElhinneyoverPetr Mrazek, but it wasn't enough to avoid falling into an 0-3 series deficit to theBoston Bruinsin the Eastern Conference finals.

McElhinney made 29 saves in the 2-1 Game 3 defeat, as Carolina was dealt its first loss at home this postseason.

"There's no way around it. There's no way to sugarcoat it," Hurricanes coach Rod Brind'Amour said. "We got kicked in the you-know-where."

Boston will go for the sweep on Thursday night.

Only four teams in NHL history have ever rallied to win a series after trailing 3-0, and none since Los Angeles in 2014 -- though Carolina captain Justin Williams was on that Kings team that rallied to beat San Jose in the first round.

"I'm probably going to give you ... the cliches that are going to be thrown to you and everything," Williams said.

This one got away from them in the first 7 minutes of the second period, when the Bruins claimed control with their fourth line converting a turnover by Carolina's Brock McGinn into a 1-0 lead at 1:21.

Sean Kuraly collected the puck and passed low to Joakim Nordstrom, with the former Hurricane then findingChris Wagneralone in front for a tap-in.

With 19 seconds left on a high-sticking minor on Nino Niederreiter, Brad Marchand put Boston up 2-0 when his shot from between the circles trickled past McElhinney.

Boston scored 10 goals on Mrazek while winning the first two games. Mrazek started the first nine postseason games for Carolina but left Game 2 of the second-round series against the New York Islanders with a lower-body injury.

The 35-year-old McElhinney closed out that victory and started the final two games of the Hurricanes' sweep of the Islanders. 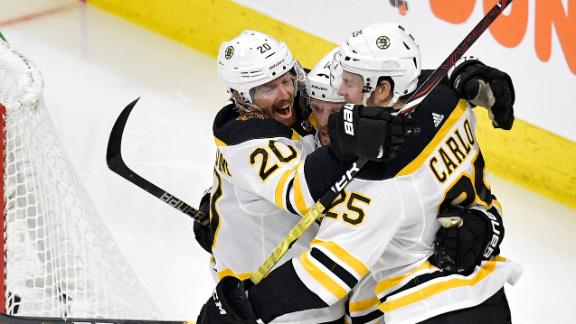 Wagner, Marchand light lamp as Bruins take commanding 3-0 lead
Chris Wagner puts one in the back of the net to put the Bruins in front, then Brad Marchand nets a power-play goal to make it 2-0 in the second period.
Report a correction or typo
Related topics:
sportsespnnhlpetr mrazekcurtis mcelhinneycarolina hurricanesboston bruins
Copyright © 2020 ESPN Internet Ventures. All rights reserved.
More Videos
From CNN Newsource affiliates
TOP STORIES