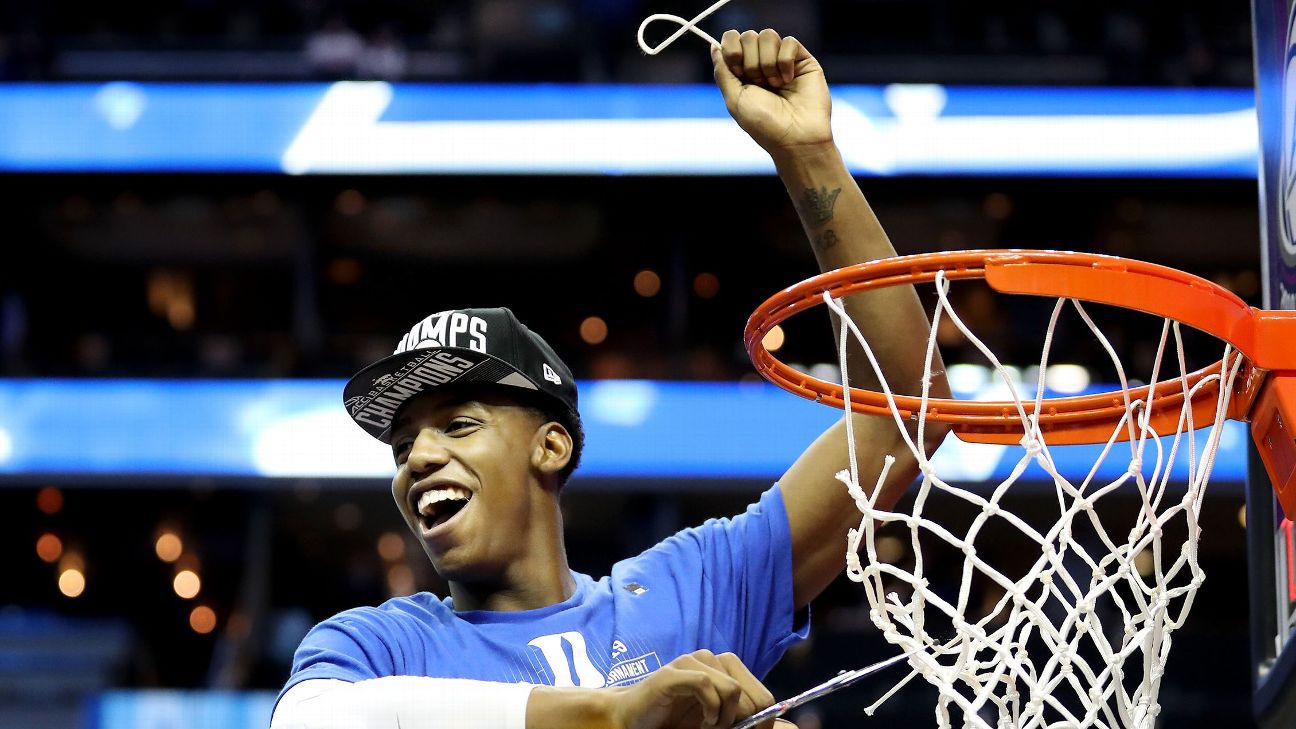 Duke Blue Devils guardRJ Barrett, widely projected as a lottery pick, has made the decision to leave after his freshman season to enter the NBA draft, he announced Wednesday on social media.

"I'm looking forward to coming back and supporting the Blue Devils any way I can. Just wanted to thank you for everything."

School spokesman Mike DeGeorge said Barrett, who is ranked No. 3 in the ESPN 100 among NBA draft prospects, plans to hire an agent but has not yet chosen one.

The 6-foot-7 Barrett, who was an AP first-team All-America selection along with teammate Zion Williamson, averaged 22.6 points, 7.6 rebounds and 4.3 assists per game on a team that came a game short of the Final Four.

The decision came as no surprise. After Barrett in February became the first Duke player since 2006 to have a triple-double, coach Mike Krzyzewski said the ACC's leading scorer was only "going to be here a very short time.''

Barrett was Duke's most consistent scorer, with at least 13 points in every game and six 30-point performances. He had 33 twice -- first in his college debut against Kentucky, and then in a home loss to North Carolina after Williamson left in the opening minute with a blown-out left sneaker and a right knee sprain.

Williamson and classmate Cam Reddish have not yet announced their plans for next season. Point guard Tre Jones said earlier this week that he would return for his sophomore year.

A new NCAA rule allows a player who has declared for the draft to return to school even if he has enlisted the services of an agent to help him test his professional prospects. There are several stipulations attached, and if the player returns to school, he must end the relationship with the agent. The deadline to pull out of the draft is May 29.