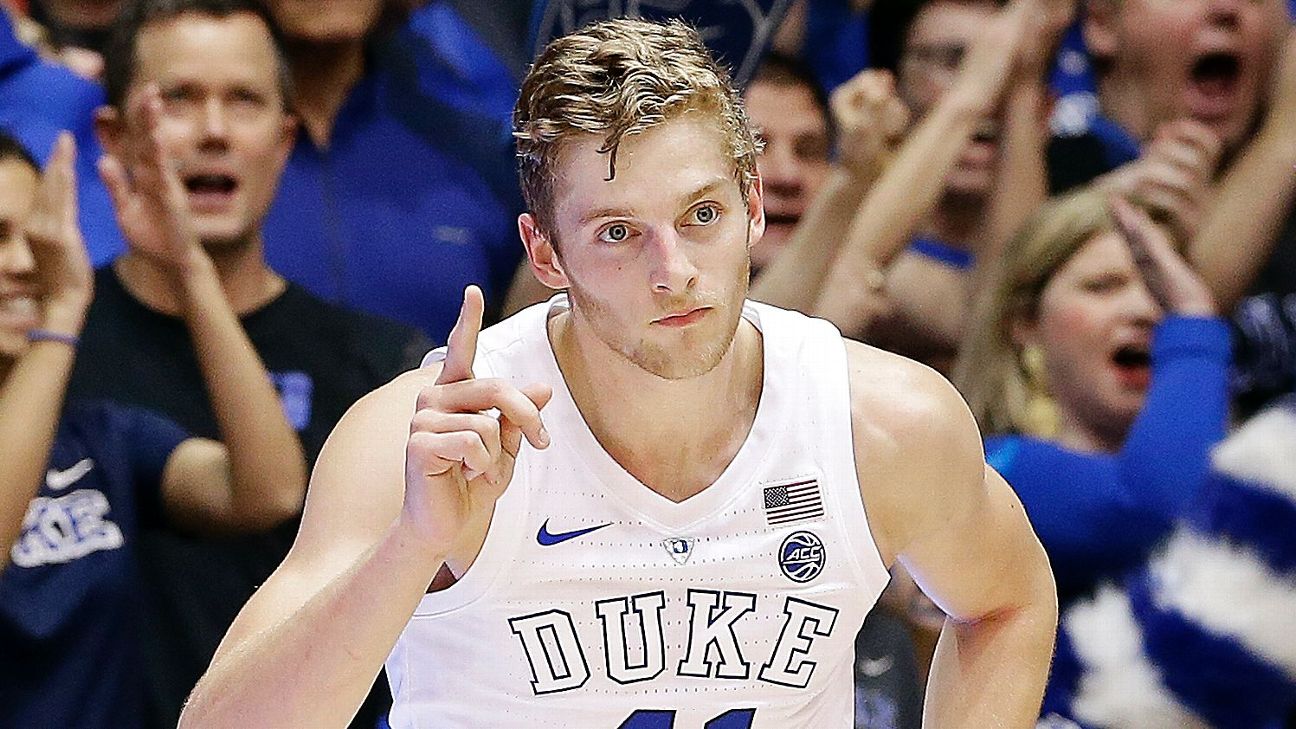 ESPN
By Alex Scarborough
COLUMBIA, S.C. -- Duke forward Jack White is not expected to play during Sunday's second-round NCAA tournament game against UCF as he continues to deal with a hamstring injury, coach Mike Krzyzewski said.

White, a key reserve and one of the team's captains, injured the hamstring during Duke's victory over Florida State in the ACC title game. The 6-foot-7 junior, who averages 21.5 minutes and 4.4 points per game, was unavailable to play during Friday's win over North Dakota State.

"We don't think he's going to play," Krzyzewski told reporters during Saturday's media availability in Columbia. "He had a decent workout today with band work and that. He'll try it out in warm-up, but I don't think so."

Duke has benefited from the return of Marques Bolden, however. The 6-foot-11 center, who sprained his knee during the ACC tournament, was able to play against North Dakota State, logging 18 minutes, 2 points, 3 rebounds and a pair of assists.