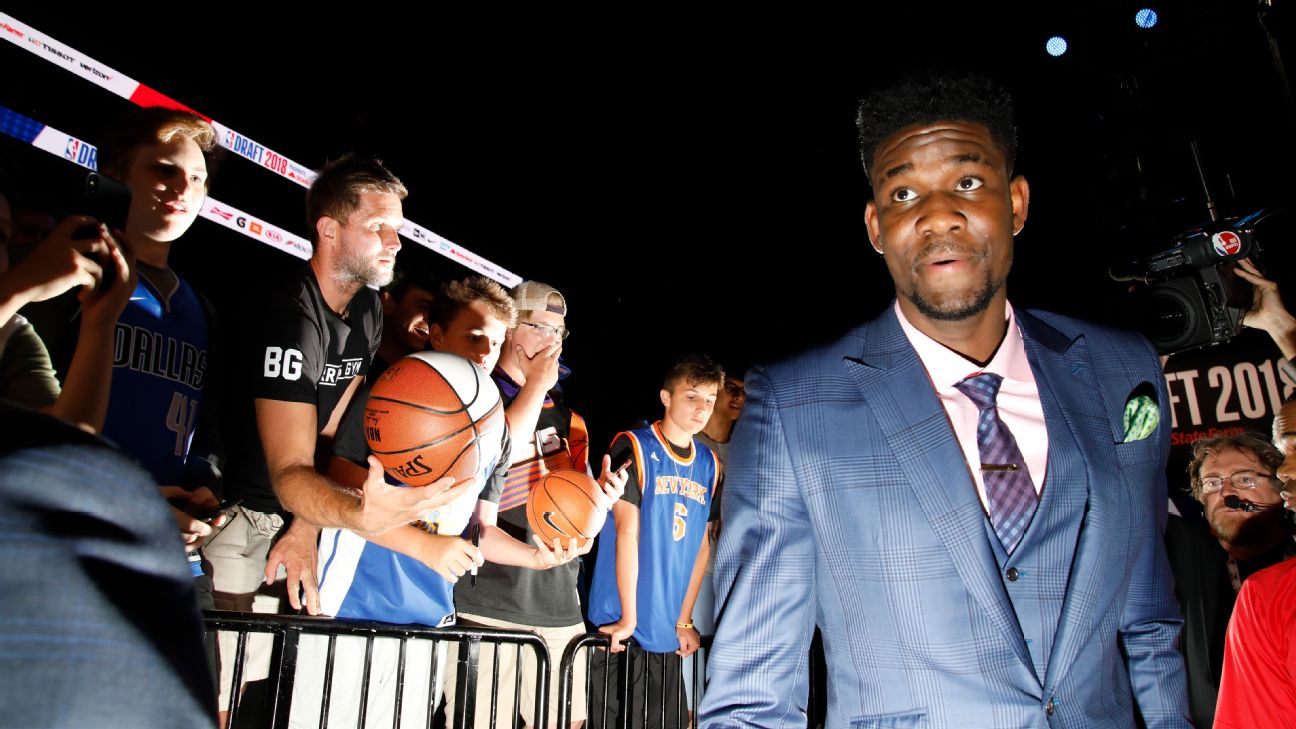 NEW YORK -- Former Adidas consultant T.J. Gassnola testified Wednesday that he made payments to the relatives of five players, including the family of Deandre Ayton, the No. 1 overall pick in June's NBA draft by the Phoenix Suns.

Gassnola was called as a government witness in its wire fraud case against Adidas executive James Gatto, Adidas consultant Merl Code Jr. and runner Christian Dawkins. The prosecution is expected to continue its direct examination of Gassnola on Thursday, before the defense will cross-examine him.

In addition to the payments to Ayton's family, Gassnola testified on Wednesday that he also made payments to the families of Silvio De Sousa,Dennis Smith Jr., Brian Bowen Jr. and Billy Preston.

Gassnola, who ran the Adidas-sponsored New England Playaz grassroots program since 2004 and was an Adidas basketball consultant since 2013, pleaded guilty in March to wire fraud. As part of his cooperating agreement, Gassnola must testify truthfully.

Gassnola testified that he agreed to pay $25,000 to the family of Brian Bowen Jr. for their son to play for the Adidas-sponsored Michigan Mustangs grassroots program. Dawkins had first informed Gassnola the family was interested in leaving their current program and playing for a different one, but the family "needed $25,000 to make that move."

"I told [Dawkins] I would get it done and take care of it," Gassnola told the jury.

Gassnola said he sent $7,000 in cash in a magazine to the Bowen family, while Adidas executive Chris Rivers "took care of the rest of it."

Bowen Sr. testified regarding the $25,000 payment from Adidas last Thursday.

Gassnola has yet to address the payments to Preston, Smith Jr., De Sousa or Ayton. It was the first time since jury selection that Ayton's name has been mentioned during the trial.

Earlier Wednesday, Kansas' senior director of compliance, Jeff Smith, denied knowledge of payments of $90,000 to the family of Preston and $20,000 to the guardian of De Sousa.

Defense attorneys also asked Smith about a document showing De Sousa agreeing to a contract with a professional team in Spain as well as a document showing an agreement between De Sousa and a sports agent. Smith said that Kansas became aware of these matters and took steps to look into them.

De Sousa remains eligible and a member of the Kansas basketball team.

De Sousa enrolled at Kansas last December, but was held out of competition while waiting to be cleared by the NCAA. He didn't get to play until January.

"I obviously can't really comment on what's ongoing," Kansas coach Bill Self said Wednesday. "But I can say this, in the past I've made a statement that we certainly believe, based on the information we have, that this thing would have a positive resolution. But that was also based on the information that we had. So, you know, who knows what could potentially happen in the next, you know, whatever period of time? But I'm taking the approach, as everybody is on our team, that we're going to have Silvio De Sousa playing for us this year."

On Tuesday, NC State compliance director Carrie Doyle testified she was unaware of a $40,000 payment to Smith Jr.'s father, facilitated by an Adidas consultant and an NC State assistant coach.