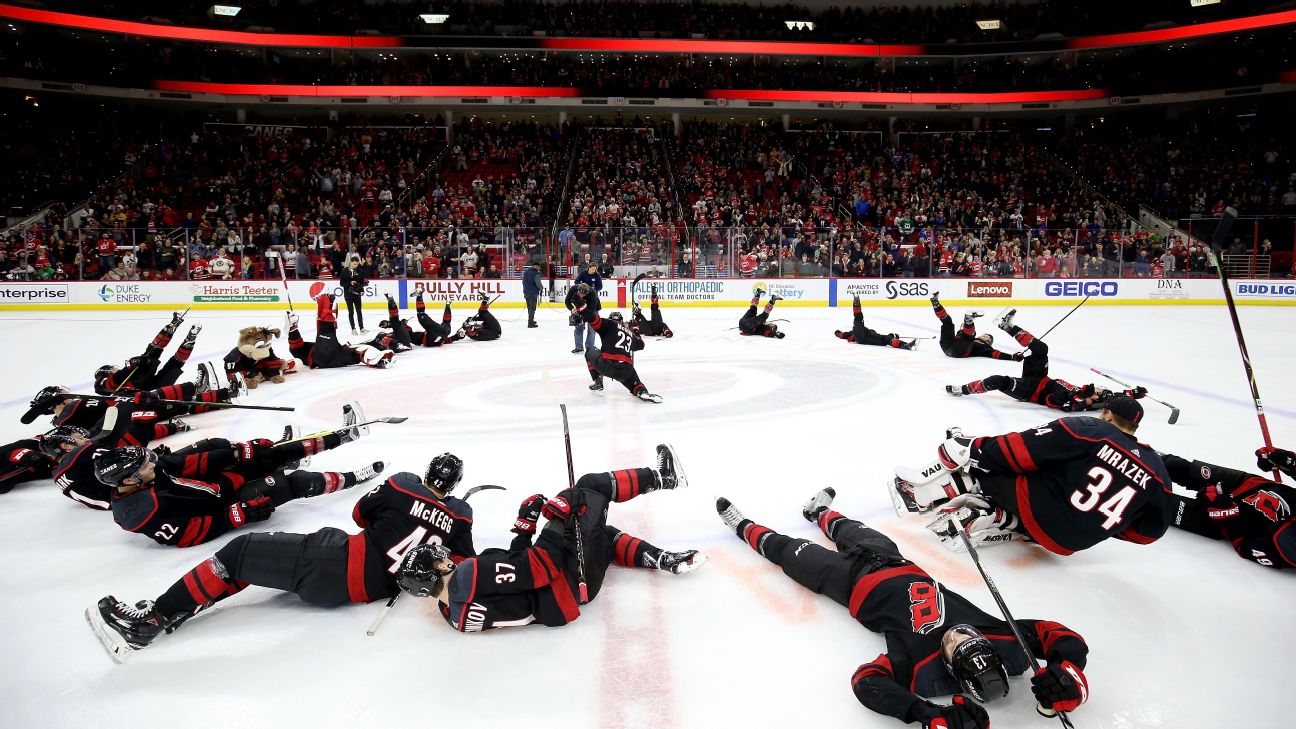 The Carolina Hurricanes' elaborate home-ice victory celebrations have attracted a vocal minority of detractors, and none have been as vocal as Canadian curmudgeon Don Cherry.

The "Hockey Night In Canada" commentator has ripped the choreographed on-ice celebrations in the past, but he went off on the team when the Hurricanes followed a Friday night win over Edmonton by pretending one of their players had hit a game-winning home run with his hockey stick.

"This is the National Hockey League. These guys, to me, are jerks. They're still not drawing [fans]. I'll tell you one thing, they better not do this in the playoffs," said Cherry on Saturday night. "That is absolutely ridiculous. I know all the broadcasters are afraid to say something ... I know what I'm talking about. You never do anything like that. They're still not drawing. They're still a bunch of jerks, as far as I'm concerned."

How did the Hurricanes respond to this rant? By embracing it, and monetizing it.

On Sunday, the team announced it would begin selling officially licensed "Bunch of Jerks" shirts at their arena and online:

The shirt was the brainchild of Dan LaTorraca, director of digital marketing, and Mike Forman, VP of marketing and brand strategy, according to the team.

"You asked, we delivered about 20 hours later," said Forman, who worked with BreakingT in designing the shirt.

The Hurricanes began doing their postgame victory celebrations this season, inspired by an edict by new owner Tom Dundon to increase the entertainment quotient at sparsely attended home games.

They started simple, with the players rushing from one end of the ice to the other in a "storm surge" into the glass. Over time, they've included elaborate choreography such as the limbo, "duck, duck, goose," and one player "knocking down" all the others by pretending to wield Thor's hammer.

"We're trying to rebrand the Carolina Hurricanes into being relevant, I guess," captain Justin Williams told ESPN earlier this season. "This is one small thing. This is just a celebration after the game. But it means something to us because there hasn't been a lot of success here, and we're trying to show people that we won't stand for it."

The Hurricanes are 16-9-4 at home and are one point out of the final wild-card spot in the Eastern Conference.
Report a correction or typo
Related topics:
sportsespnnhlcarolina hurricanesdon cherry
Copyright © 2020 ESPN Internet Ventures. All rights reserved.
More Videos
From CNN Newsource affiliates
TOP STORIES