Jameis, Justin Fields and the Browns, oh my: What you might have missed in a wild NFL Week 1 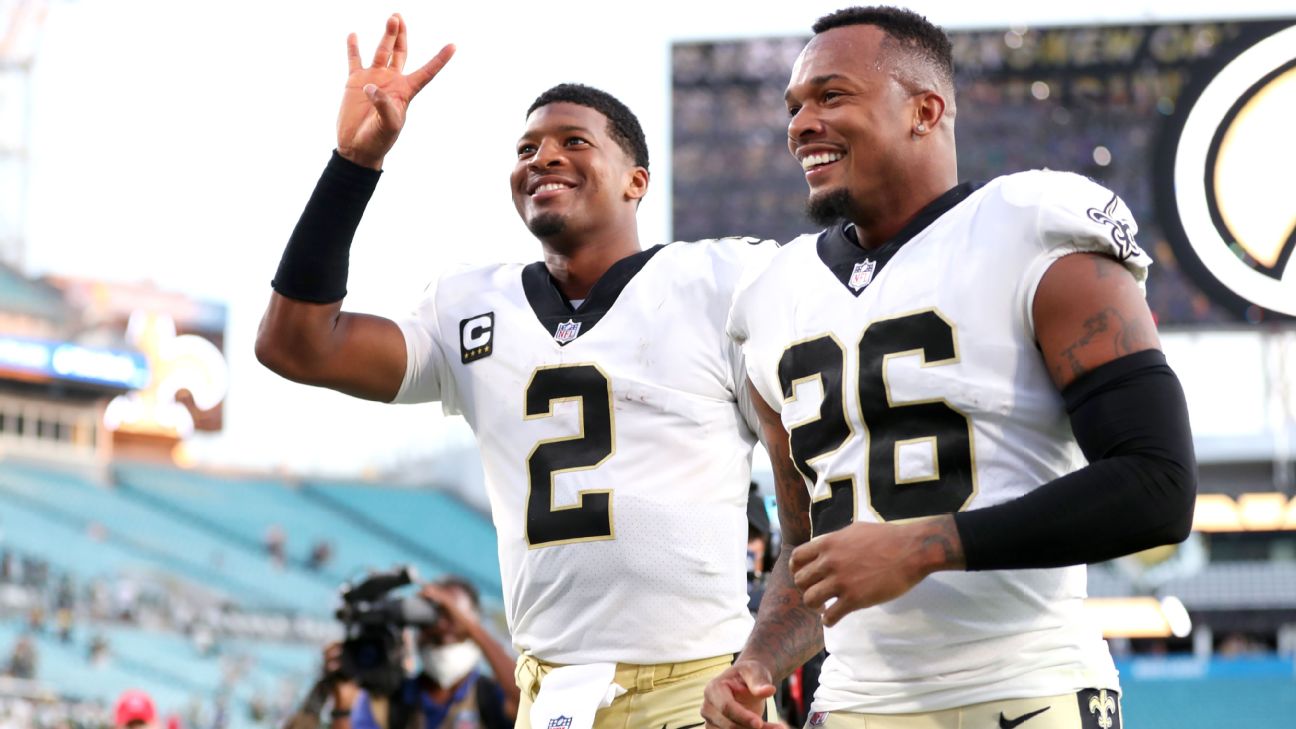 So how 'bout that NFL Sunday? If you woke up cursing your fantasy football roster decisions while simultaneously longing for it to be 1 p.m. ET next Sunday so you can slip back into a blissful existence of Buffalo wings and first downs, you're not alone.

You're also not alone if you find yourself longing to relive the action, or realizing you were so consumed with Patrick Mahomes' wizardry andAaron Rodgersscoring zero points that you missed what went down afterMac Jones' first touchdown, when a pipe broke above Washington Football Team fans, whenJameis Winstonballed out or when theCarolina Panthersmade all other graphics look tame.


If it's not obvious by now, we really just want an excuse to talk about football some more -- so enough with the niceties, here's everything you might have missed:

While it would be understandable to assume we're referring to the Panthers' performance inSam Darnold's revenge game -- er, Darnold's debut against his former team -- we're instead talking about the quality of their new pregame graphics. Carolina debuted a "mixed-reality panther" ahead of the team's 19-14 win over New York and it was, well, terrifying.

If you had told us a QB was going to throw five touchdowns in theGreen Bay Packers-New Orleans Saintsgame, we would have believed you. We just would have thought it would be reigning MVP Aaron Rodgers. But Sunday was all about Jameis Winston.

The Saints' newly minted QB1 made light work of the Packers, completing 14 of 20 passes for five TDs and 148 yards, running for 39 yards -- and, most importantly, committing zero turnovers. After watching his successor launch one deep, Drew Brees couldn't help but engage in a little lighthearted self-deprecation.

While we're on the subject of unanticipated QB play (if you started Aaron Rodgers in fantasy, we're sorry),Trevor Lawrencethrew three interceptions in theJacksonville Jaguars' 37-21 loss to the Houston Texans. Sunday's game marked the former Clemson standout'sfirst regular-season loss ever, including high school and college. It also signified the continuation of an unfavorable trend dating to 2002. Dare we say, Sundays are different than Saturdays (and getting drafted to a struggling franchise is tough).

LeBron is every Browns fan ...

Browns gonna Browns. In the context of this article, that means they're going to find a way to lose their season opener. On Sunday, the Cleveland Browns continued their winless opener streak that dates to 2004. The Browns took it to the defending AFC champion Kansas City Chiefsfor three quarters. Then in the fourth, they had a meltdown. Cleveland native LeBron James live-tweeted throughout the 33-29 loss to the Chiefs, and his journey from excitement and anticipation to pain was all too relatable for the Dawg Pound.

It was a big day for former Alabama QBMac Jones. Not only did theNew England Patriotsrookie make his first official NFL start, but he threw his first NFL touchdown. You might assume he would want to commemorate the occasion by keeping the ball, but you would be wrong. Jones' teammates tried -- without success -- to give their QB the ball, but he wasn't having it. After the Patriots' 17-16 loss toTua Tagovailoa (Jones' Bama teammate) and the Miami Dolphins, New England's new QB elaborated on his refusal to accept the ball.

Kinda, sorta seems like he's going to fit in OK with the Patriot Way.

Chicago Bears fans have a problem, and the only solution is more Justin Fields. The Bears faithful -- who booed Andy Daltonwhen he took the field in Chicago's 34-14 loss to theLos Angeles Rams-- were visibly (and audibly) elated when the rookie QB took his first snap. But that was nothing compared to their excitement when Fields scored his first touchdown. While it would be unfair to think one player could change the fate of a team whose defense looked almost as bleak as its offense, the heart wants what it wants.

Southern hospitality for the win ...

The hurricane-displaced Saints played their Week 1 game against the Packers in northeast Florida.The game, originally scheduled for the Superdome, was moved while the New Orleans area continues to clean up wreckage left by Hurricane Ida, which struck southeast Louisiana as a Category 4 storm on Aug. 29, 16 years to the day after Hurricane Katrina devastated the same region. The relocation led to this Twitter exchange with the Jags that we'll file under "feel-good moments" of the day:

Shield your eyes, Detroit Lions fans.Matthew Staffordballed out in his Rams debut. He started with a bang when he let a 67-yard touchdown pass fly to receiverVan Jefferson on the opening drive, then flexed with a 56-yard touchdown dime to Cooper Kuppon the opening drive of the second half. Former Lions WR Golden Tate, who knows a thing or two about playing with the Rams new QB, had this to say:

The rest of the internet pretty much echoed the sentiment. 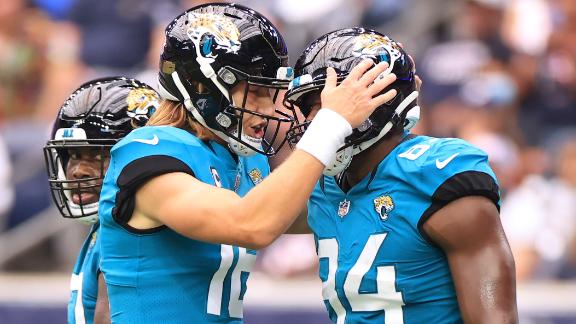