Judging Week 5 NFL overreactions: Are the Raiders for real? Is Cleveland's Kevin Stefanski the Coach of the Year? 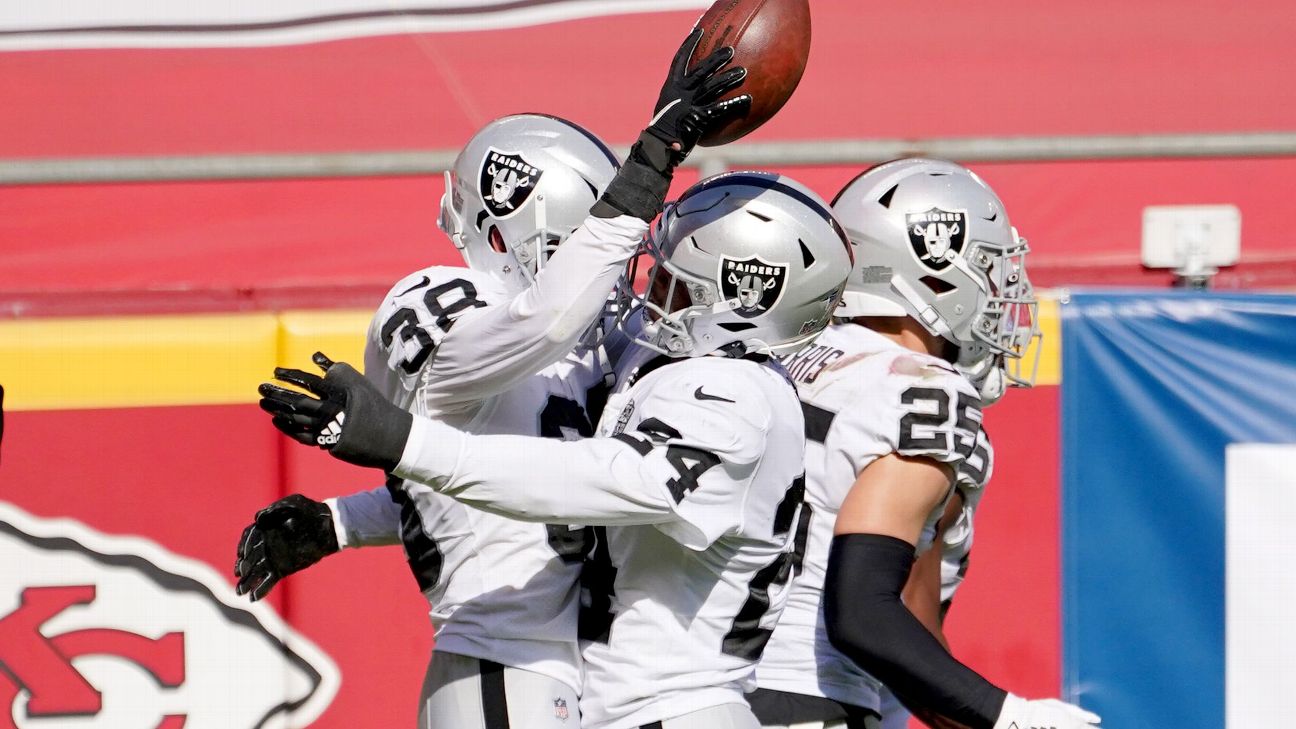 Don't mind me. I'm just sitting here skimming through Sunday's NFL scores, looking for things to overreact and underreact to. Whoa -- wild Sunday afternoon. The Dak Prescott injury is just brutal. Is the 49ers' score a misprint? The Browns are 4-1! One loss too many, at long last, for Dan Quinn, as the Falcons remain the only winless team outside of New Jersey.

And the Raiders beat the Chiefs.


Yes, really. It checks out. Raiders 40, Chiefs 32. Derek Carr outplayed Patrick Mahomes, just like we all expected he would. The Raiders outgained them 490 yards to 413.

I'm not going to waste your time with an "Are the Chiefs in Trouble?" overreaction, because obviously the Chiefs are fine. It's going to take more than one weird upset to makes us wonder about Mahomes, Andy Reid and the rest of the Super Bowl champs.

No, I think we keep this one on the Raiders and start this week's overreactions with ...

The Raiders are legitimate AFC contenders

Las Vegas is 3-2, and two of its three wins are against Kansas City and New Orleans, which sounds like a lot of people's preseason Super Bowl prediction pairing. The Raiders are one game behind the Chiefs in the AFC West with a head-to-head victory in their pocket for potential tiebreaker purposes. They have a stud running back who drives their offense, and that offense can put up points. They are averaging 30.2 points over their first five games.

The verdict: OVERREACTION. Too soon! The Raiders also give up a ton of points, first of all, averaging 30.4 points allowed over their first five games. I don't like to call a team a contender when it has been outscored by its opponents, and the Raiders have. By one point, sure, but they have.

The whole Derek Carr situation still feels volatile and unreliable, and maybe I end up eating those words. But I'm looking at a list of AFC contenders that includes Kansas City, Buffalo, Pittsburgh, Baltimore, Cleveland, Indianapolis and Tennessee, if it can ever get back on the field. And I'm still not convinced Bill Belichick doesn't figure it out before it's all said and done. Even with seven playoff spots per conference this season, I have a hard time projecting the Raiders in that field until I see some defense and a few more wins.

The Steelers don't have to pay JuJu Smith-Schuster

A year ago, following the departure of Antonio Brown, Smith-Schuster appeared to have ascended to the role of No. 1 wide receiver in Pittsburgh. That fell apart last season because ofBen Roethlisberger's injury, but with Big Ben back in 2020, Smith-Schuster was anticipating a big year in the final year of his contract.


Over the first three games of the season, though, he was out-targeted by second-year wideout Diontae Johnson. And then Sunday, after Johnson went out of the game early with an injury, rookie Chase Claypool had seven catches for 110 yards and three touchdowns plus a rushing touchdown. The Steelers appear to be extremely deep in quality young receivers.

The verdict: NOT AN OVERREACTION. Look, there's nothing wrong with Smith-Schuster, who by the way is still only 23 years old. But if -- and I say "if," because I don't know what he wants -- he's looking for a high-end wide receiver deal, the Steelers have to take a long look at the rest of their roster and figure out whether that's worth it. They aren't set up great, salary-cap wise, going forward. Roethlisberger's cap number for 2021 is more than $41 million -- so either they'll have to work around that, extend him or find a new quarterback. They have big contracts coming up on the defensive side of the ball.

No team in the league feels better about its ability to draft and develop quality wide receivers than the Steelers do. And with guys such as Johnson and Claypool, as well as third-year man James Washington, they might end up having to make a tough choice at the contract table with the eminently likeable Smith-Schuster.

No one ever has to pay a running back again

The Panthers lost their first two games of the season, and in that second game, they lost star running back Christian McCaffrey to injury. Backup Mike Davis entered the game that day and caught eight passes for 74 yards. Carolina has won all three of the games it has played since, and in those three games, Davis, as the starting running back, has 45 carries for 219 yards, 23 catches for 132 yards and three total touchdowns.

Earlier this year, the Panthers gave McCaffrey a four-year, $64 million contract extension that made him the highest-paid running back in the league. Davis signed a two-year, $6 million contract with the Bears in 2019. Chicago waived him, and Carolina claimed him last November.

The verdict: NOT AN OVERREACTION. No, Davis' numbers aren't McCaffrey-level numbers, but they're excellent. And again: The Panthers are 3-0 with him as the starter and 0-2 with McCaffrey as the starter. Again, so nobody skims this and yells at me: I am not saying Davis is as good as McCaffrey. I'm saying the Carolina running back situation, along with running back situations in places such as Arizona, Jacksonville and San Francisco, all show in different ways that you can get sufficient -- sometimes excellent -- running back production without spending big money or a super-high draft pick to get it.

And yes, that stinks for backs who are trying to get paid. But it isn't changing anytime soon. So guys such as McCaffrey and Derrick Henry and Alvin Kamara and Joe Mixon who got their deals this summer should count themselves fortunate. And guys such asAaron Jones and Chris Carson,who didn't, are right to wonder whether they ever will.

The Cowboys' season is toast without Dak Prescott

We all saw it, the ugly Prescott ankle injury that surely ended his season. There is and will continue to be no shortage of Dak coverage across ESPN platforms. Here at the overreaction column, we feel compelled to acknowledge it in some way as the major news of the day, even though the main takeaway is what a shame it is for the young man and for all those of us who like watching the game's most exciting stars play every week.


Hopefully, he comes back just as good as ever and somehow gets that big free-agent deal he couldn't get done with Dallas this past summer. Meanwhile,Andy Dalton led the Cowboys back to beat the Giants on Sunday, and Dallas is alone in first place in the NFC East with a record of 2-3.

The verdict: OVERREACTION.Dalton has led a team to the playoffs five times in his career, and that team was the Bengals. Due respect to A.J. Green, but Dalton has never before played with an array of offensive skill-position talent like the one Dallas has.

There are challenges, sure. The Cowboys are down two starting tackles and a starting tight end, and they just gave up 34 points to a Giants team that had scored 47 points over its first four games. But it does not appear those challenges include Dallas' division opponents. It won't take a lot to win the NFC East this year, and the reason the Cowboys brought in Dalton is if something like this did happen to Dak, they would have a capable veteran ready to take over.

It won't be easy, but you'd still rather be in Dallas' position than in Philly's or Washington's or the Giants'.

Kevin Stefanski will win Coach of the Year

I want to circle back up to the top here and reiterate something: The Browns are 4-1. The Browns! This is a team that won a total of four games over three seasons from 2015 to '17, which was not long ago. It lost top running back Nick Chubb to injured reserve last week and still came up with an impressive victory over the Colts on Sunday.

Cleveland didn't run the ball the way it had over the first four games, but (A) the Colts have a stingy run defense, and (B) they didn't have Chubb. The Browns won with big plays by the big playmakers they have on defense, and with juuuuust enough Good Baker Mayfield to overcome some Bad Baker Mayfield (two interceptions).

The verdict: NOT AN OVERREACTION.Long way to go, of course, and Sean McDermott, Matt LaFleur, Sean McVay -- to name just a few -- will likely have something to say about it before this is all over. But if you end a 17-year Cleveland playoff drought in your first year as a head coach, I'm guessing you have a pretty fair claim on the trophy.

One of the many things Cleveland liked about Stefanski when they almost hired him in 2019 and did hire him this year was that he has worked in so many different offensive systems that they believed he could meld his experiences together and be willing to find different ways to win as circumstances dictated. Sunday made it look that way, and if the goal was to calm things down in Cleveland so that the stars could shine, mission accomplished so far. 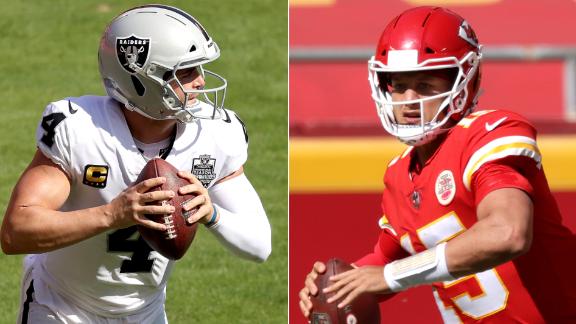 Carr, Raiders win back-and-forth battle with Chiefs
Derek Carr outduels Patrick Mahomes in a back-and-forth game as the Raiders hand the Chiefs their first loss of the season. 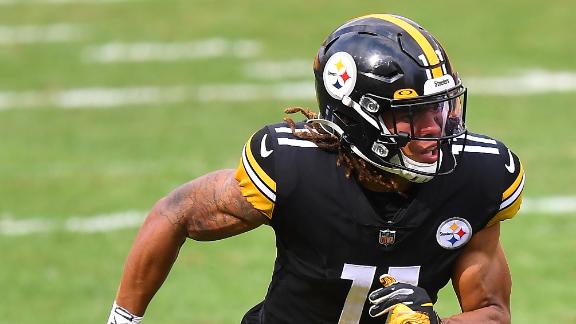 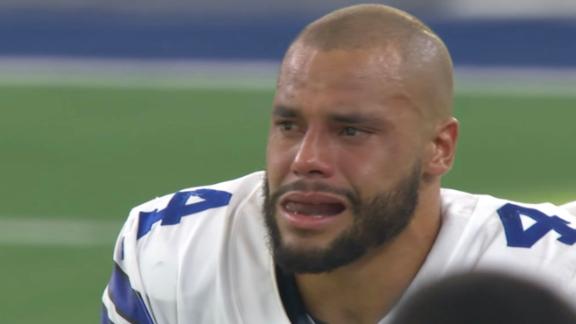