Let's overreact to Week 8 in the NFL: The 49ers are the NFL's best team 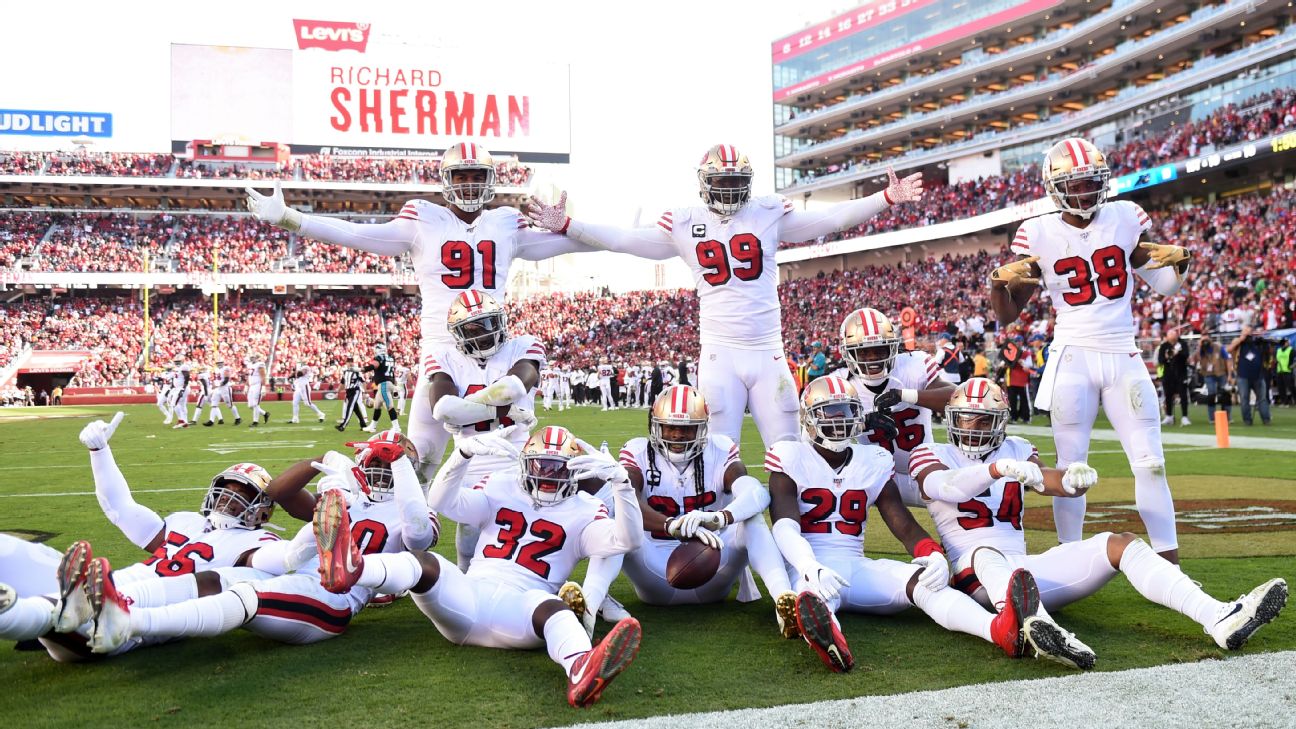 SANTA CLARA, Calif. -- This is a weekly overreactions column, but you still want to be careful and make sure you're overreacting, underreacting or simply reacting appropriately, and sometimes you need to see things with your own eyes to be sure. So I came out here to check out the undefeated 49ers, thinking, all right, Carolina's a good team, this'll be a good game.

It was a thumping. An assertion of dominance. A straight-up flex. The Niners beat the Panthers 51-13 on Sunday, and it never felt much closer than that score indicates. They rushed for 232 yards. They sacked Kyle Allen seven times. They made twice as many first downs as Carolina did. Nick Bosa had three sacks and an interception, and more or less ate the souls of the two Panthers offensive players who tried (and, barely, succeeded) to prevent him from scoring on the return. Tevin Coleman touched the ball 13 times and scored four touchdowns. The Niners were physically dominant and brilliantly creative, and they did this all to a team with a 4-2 record fresh off its bye week.

They'll get that chance soon, as they have a game Thursday night in Arizona. The 49ers are getting healthier, and there's a chance starting left tackle Joe Staleywill return for the game. They're flying as high as any team in the league and see no reason this can't continue.

"Our run game, it's unbelievable," tight end George Kittle told me. "Our style is different from anyone else's in the league. We're out there moving people. The tight end, the fullback, the running back, we're going. We're not duck walking. We're full sprinting off the ball, right from the get-go, and that's different from the way most teams do it. And I love it, because it gets the defense on its heels and we just take it from there."

Take it they did, and given the caliber of opponent it may have been the best any NFL team has looked all season. So, because this is an overreaction column, I figured we'd start right there:

The 49ers are the best team in the NFL

The verdict: NOT AN OVERREACTION. And before you come at me, yes, of course the 8-0 Patriots are the defending Super Bowl champions and have earned the right to be considered the league's best team until someone beats them. I'm not sitting here saying the 49ers are better. I'm saying it's not an overreaction to say the 49ers are better. As in, you could make a convincing case.

San Francisco's offense certainly looks better (and healthier) than New England's. And while its defense doesn't score as many touchdowns, it's right there with the Patriots statistically this season.The Niners will have to keep their foot on the gas with Seattle and the Rams right behind them in the NFC West, while the Patriots' nearest challenger is a Buffalo team that got knocked down to earth on Sunday by the backs-to-the-wall Eagles. So we'll find out.

But right now, Kyle Shanahan's bunch is doing everything right and in position to be the team that gets a shot to take down Bill Belichick's in Miami in early February.

Earlier in the day, the Bears lost to the Chargers to fall to 3-4, which means they've already lost as many regular-season games as they did in all of 2018 and it's not even Halloween yet. And yeah, they lost on a missed field goal, which is its own huge, haunted thing in Chicago these days. And yeah, Trubisky did move them down the field to get into position for that potentially game-winning field goal. But man, did Chicago's third-year quarterback look bad prior to that.

Trubisky was 23-for-35 for just 253 yards, so 7.2 yards per attempt, which isn't impressive. He threw an interception and lost a fumble and continues to look like a mess from a footwork and timing standpoint. This was supposed to be a big year for Trubisky, and so far he has a big part of the Bears' problem.

The verdict: NOT AN OVERREACTION. What the future holds for Trubisky in Chicago remains a mystery. He has one year left on his rookie deal after this, and the team will hold a fifth-year option for 2021, which at this point you have to think they may not exercise. (FUN FACT: Since Trubisky was a top-10 pick, his option salary will be higher than Deshaun Watson's!)

But the point here is about the now, and this is a season that is about to slip away from the Bears if it hasn't already. They came in with massive hopes, a still-mighty defense and (though it's hard to remember right now), plans to run the ball and win grind-it-out games. Based on what Trubisky has shown this season, Chase Daniel might give them a better chance to get back to that formula and try to stay within shouting distance of Green Bay and Minnesota in a tough NFC North.

It may be too late, but it may not, and sticking with Trubisky through this developmental roadside ditch could cost them a chance to find out.

At least one of this year's rookie head coaches will be one-and-done, Steve Wilks-style

Looking at you, Freddie Kitchens. And don't laugh, Adam Gase. Things are getting ugly out there for the first-year guys, and teams aren't very patient these days.
Matt LaFleur is 7-1with the Packers, but the other seven teams that changed coaches in the offseason are a combined 10-40-1. In the group, Arizona's Kliff Kingsbury has the best record at 3-4-1, while Cincinnati's Zac Taylor has the worst at 0-8. (Miami's Brian Flores is 0-6 heading into Monday night's matchup with Pittsburgh.)

Miami is in a rebuild and likely to stick with Flores unless something wild happens (like Jim Harbaugh deciding to leave Michigan). Taylor's Bengals are a wreck, but it's hard to see them making a change after one season. (Taylor's predecessor, after all, lasted 16 years.) Arizona just did this last year, so you have to think it won't do it again. So that leaves Vic Fangio in Denver, Bruce Arians in Tampa Bay, Kitchens in Cleveland and Gase with the Jets.

Gase has assumed even more power since getting the job, so you have to think he's safe. Arians isn't likely to get fired and doesn't seem like the type to pack it in after only one year. Fangio could be in some trouble, I guess, if they draft a QB and want a coach to develop him. And Kitchens is the most at-risk of the group because of the potential for things to unravel in an ugly way in Cleveland.

But owners and GMs don't love admitting they were wrong, and the one-and-done thing with coaches usually requires some unusual circumstance. At this point, it's too early to know if anything heinous enough is going to transpire in any of these places to warrant this.

Cam Newton will get his job back

The flip side to the 49ers' offensive outburst Sunday was another dominant performance by their defense, which delivered Kyle Allen his first loss as Carolina's quarterback. Allen was 19-for-37 for 158 yards, no touchdowns and three interceptions in the loss, took those aforementioned seven sacks and posted a miserably low Total QBR of 17.5.

The Niners' defense has been making a lot of quarterbacks look bad, and Carolina's line had no answers for Bosa & Co., but there was no way to sugarcoat this performance by the previously very impressive Allen.

The verdict: NOT AN OVERREACTION, mainly because everything I was told prior to the game indicated that the plan was to go back to Newton once he's healthy.

The Panthers don't know when that will be, but Newton made the trip here and looked spry running around on the field before the game. Had Allen played well and won the game, it might have been tougher for the Panthers to sell a return to Newton, who has lost his last eight starts. But there's no question the ceiling is higher with Newton, and the Panthers are still in contention. If he's healthy enough to play Sunday against the Titans, it wouldn't be a shock to see him out there.

"Cam's in the middle of a rehab thing with the trainers," Panthers offensive coordinator Norv Turner told me before the game. "There's a process he has to go through to get ready to play, physically, first, and it's not in anybody's best interest to even have a conversation about it until he's ready to go.

"Cam's been an MVP, he was playing at an MVP level last year when he got hurt, and I would expect him to do that again. The history is incredible, and you can't base a decision solely on that, but early last year, he was rolling pretty good, and he's capable of doing that again."

The Bengals are worse than the Dolphins

Cincinnati fell to 0-8 on Sunday with a 24-10 loss to the Rams in London. On defense, the Bengals made the curious decision to not cover Cooper Kupp, who went for 220 yards on seven catches. On offense ... well, at least they were better than they were last week, and they didn't turn it over. They actually had more yards and more time of possession than the Rams did, but again, just the 10 points.
They've scored more than 17 points in a game just twice all season. They've allowed at least 21 in every game. It's their worst start in 11 years, and again, this is the Bengals. Worst anything in 11 years is significant when you're talking about the Bengals.

The verdict: OVERREACTION. Hey, the Bengals have a terrible team this season -- don't get me wrong. But the only way anyone can claim a 2019 team is worse than Miami is on a day in which Miami didn't play.

The Dolphins play the Steelers on Monday Night Football (8:15 ET on ESPN and the ESPN App) and the strong likelihood is that everyone will feel silly for thinking even for a second that they aren't the worst team in the league. For goodness' sake, they've been outscored by an average of 25 points per game.

But in case you doubt me, in case you want proof of which of these teams is worse, there is good news! The Bengals and the Dolphins will play each other in Week 16. 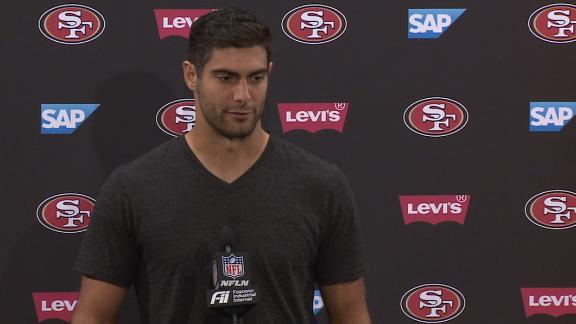 Garoppolo: 49ers set the tone early vs. Panthers
Jimmy Garoppolo credits his team for being ready to go from the first snap in San Francisco's blowout win vs. Carolina. 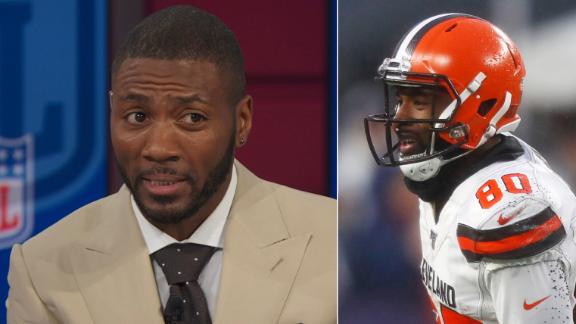