Armstrong: Mack to the Future -- can Brown recapture magic at UNC? 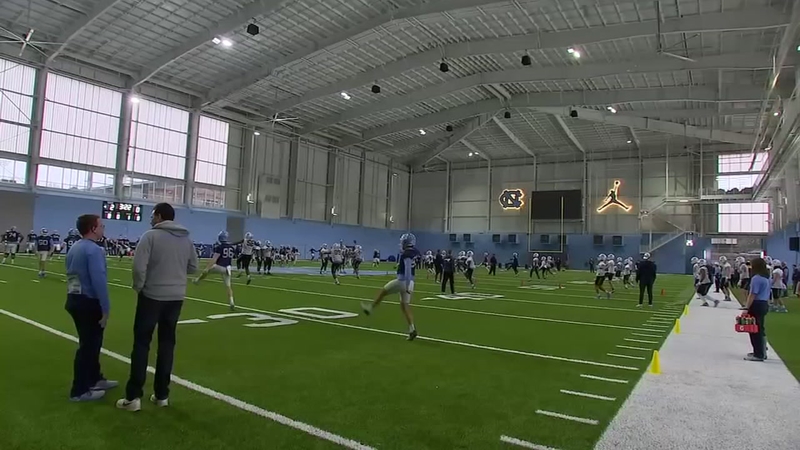 CHARLOTTE, N.C. (WTVD) -- Mack Brown was asked again at ACC Kickoff why he chose to come back to UNC and beyond his stock laugh-line about his wife, Sally, saying that he could either coach in Chapel Hill or the Bahamas and nowhere else, there was an honest explanation.

North Carolina holds a special place in Mack's heart and the chance to build the Tar Heels back up again wasn't something he could pass on.

The vibe in Charlotte was unmistakably one of refreshment and improvement. Charlie Heck and Myles Dorn spoke glowingly of Mack's honesty with them and the fact that, before they've even played a game, he's getting things done.

The team will have its new weight room and locker room revealed to it Monday. Beyond that, there's the practice facility finally getting finished, the new Fieldturf game field, the players' lounge being completely overhauled, team meals getting improved and more.

When I asked Mack about the importance of delivering some early results to his players that way to earn trust, he answered at length:

Here's what @CoachMackBrown told me when I asked about the importance of getting tangible things done to win over his players and show that there's a new sheriff in town: pic.twitter.com/mNiAtiL1JH

Delivering not just words, but deeds has won over his team. Myles Dorn said the players actually want to be in the building now, not just when they're mandated to be there. Little things like moving practice to the morning have made for much better performance, added Charlie Heck.

Good stuff here from Myles Dorn on what's Mack's return and all the facilities upgrades have done to improve the UNC program's vibe and team morale: pic.twitter.com/xGqyp0CKhr

Of course, all of this positivity will quickly be flushed if losses starting piling up in the fall. There is a QB battle to be sorted out, but to hear Mack talk glowingly of freshman Sam Howell, it sure seems like he's the favorite. Still, Brown said one of his first orders of business upon returning to Chapel Hill will be to sit with Phil Longo and determine how they're going to divvy up practice snaps between Howell, Jace Ruder and Cade Fortin.

He even acknowledged that once they settle on a starter, they could lose one or both of the backups to transfer.

That's modern football, said Mack, "quarterbacks are so hard to keep ... when you think you've got enough of them, you need to add one more." 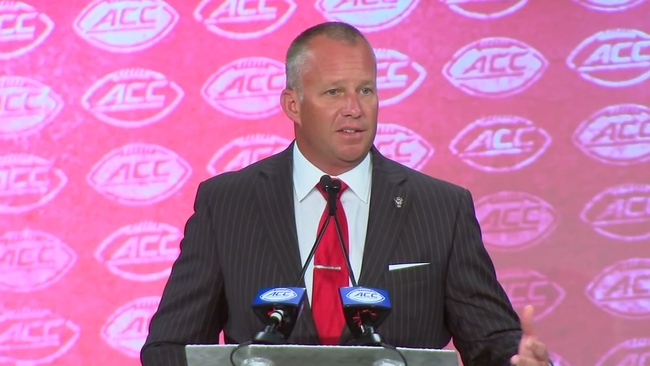