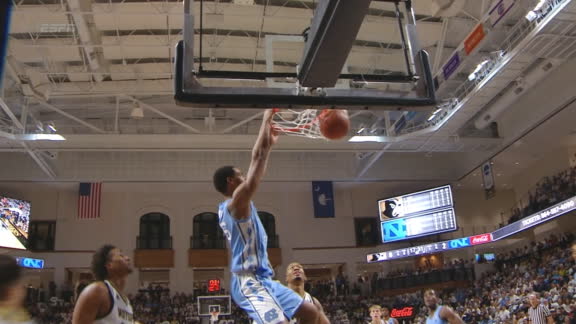 SPARTANBURG, S.C. -- When Roy Williams pulled Luke Maye late in the first half for taking a bad shot, the Atlantic Coast Conference's preseason player of the year didn't pout or get angry on the bench.

Maye instead responded with a solid second half, scoring a game-high 24 points as No. 8 North Carolina defeated Wofford 78-67 on Tuesday to avenge an upset loss last year to the Terriers.

"Coach does a great job of treating everybody equally and not playing favorites," said Maye, who finished 7 of 13 from the field and 8 of 9 from the foul line. "He wants to make sure people understand when they are making a mistake. That's the biggest thing he prides himself on and I love him for it."

Maye was solid throughout, and Cameron Johnson provided a huge spark in the second half as the Tar Heels improved to 15-1 in season openers under Williams.

After Wofford battled back to tie the game at 46 with 10:33 left on a pair of 3-pointers from sharpshooter Fletcher McGee, Johnson buried three 3s in a span of three minutes to put the Tar Heels ahead for good. Johnson finished 5 of 7 from beyond the arc and had 17 points and eight rebounds.

Johnson said he had this game circled on his calendar. The Pittsburgh transfer's first game in a Tar Heels uniform last season following a knee injury came against Wofford, and it didn't go well.

"That broke my heart," said Johnson, who displayed a confident stroke on his long jumpers. "So I have been eyeing this game for a very long time. This is one I really wanted."

It was the seventh time overall that Johnson has knocked in five or more 3-pointers. He's done it three times since joining North Carolina.

Garrison Brooks added a career-high 20 points for North Carolina and Kenny Williams was solid defensively, making things extremely difficult for McGee in the first half.

Wofford was hoping for another upset.

The Terriers visited Chapel Hill, North Carolina, last December and stunned then-No. 6 UNC 79-75 behind 27 points from McGee, the Southern Conference's 2017-18 player of the year. This time the Tar Heels invaded the 3,400-seat Jerry Richardson Indoor Stadium, which opened in 2017, and pulled away late in the second half.

McGee finished with 21 points despite missing his first seven shots and not scoring until late in the first half. Wofford shot just 9 of 35 from 3-point range.

North Carolina: One of the biggest questions for the Tar Heels is who will replace Joel Berry at point guard. Freshman Coby White got the start and struggled early on with two turnovers but turned it on down the stretch, making a key 3-pointer from the corner while converting a couple of drives. He finished with eight points and three assists. "I just had first-game jitters," White said. Seventh Woods backed up White and had two points and three assists. Williams said that other than a few turnovers, he was pleased with both of his point guards. "Both of them will play," Williams said. "If I were a football coach I would play two quarterbacks every game, too."

CAREER HIGH: Along with posting a career high 20 points, Brooks -- who started at the forward spot opposite Maye -- earned a distinction of being the only Tar Heel player not to get yelled at by his coach at halftime. "There's a reason he's getting to start," Williams said.

Brooks said he was motivated by UNC's loss last year to Wofford. "I take everything personal," Brooks said. "If you want to win, you want to be the best, you have to take it personal."

INJURY SCARE: Kenny Williams left holding his right shoulder late in the game but did return. Roy Williams said the senior guard had full range of motion in the shoulder so he sent him back in. The coach noted that Kenny Williams probably will be sore on Wednesday.

North Carolina: At Elon on Friday

Wofford: At High Point on Saturday. 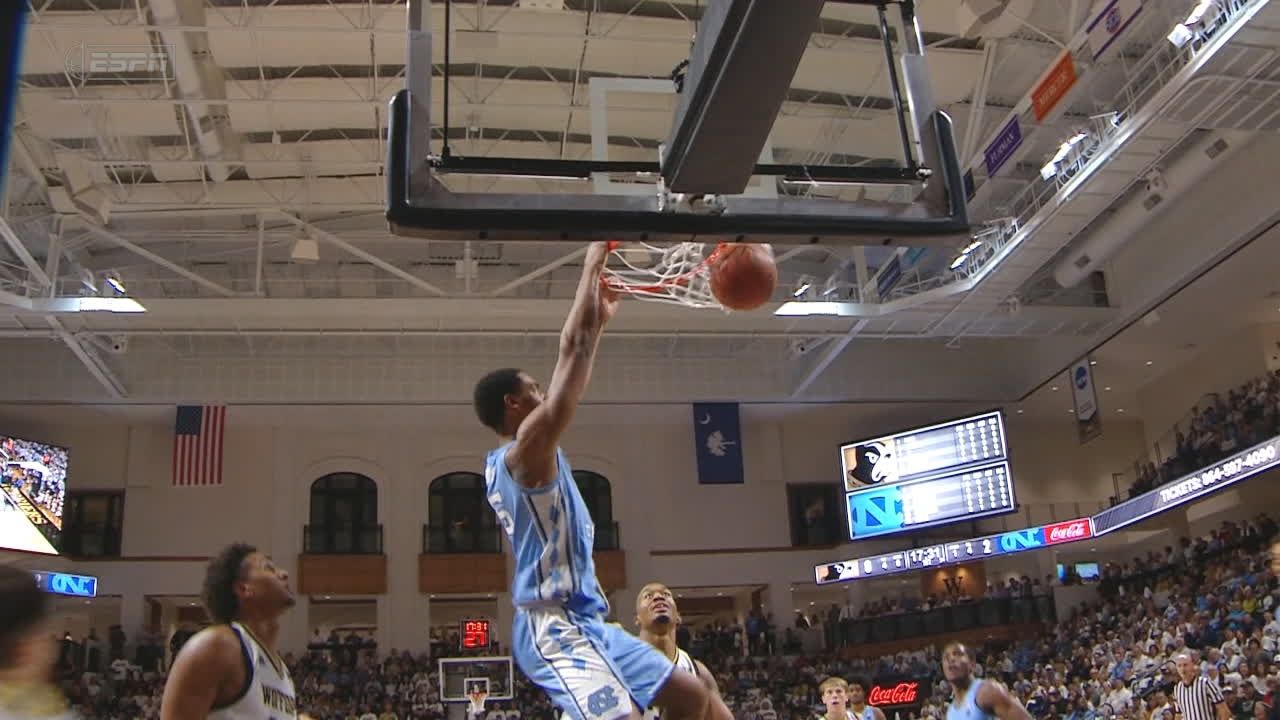