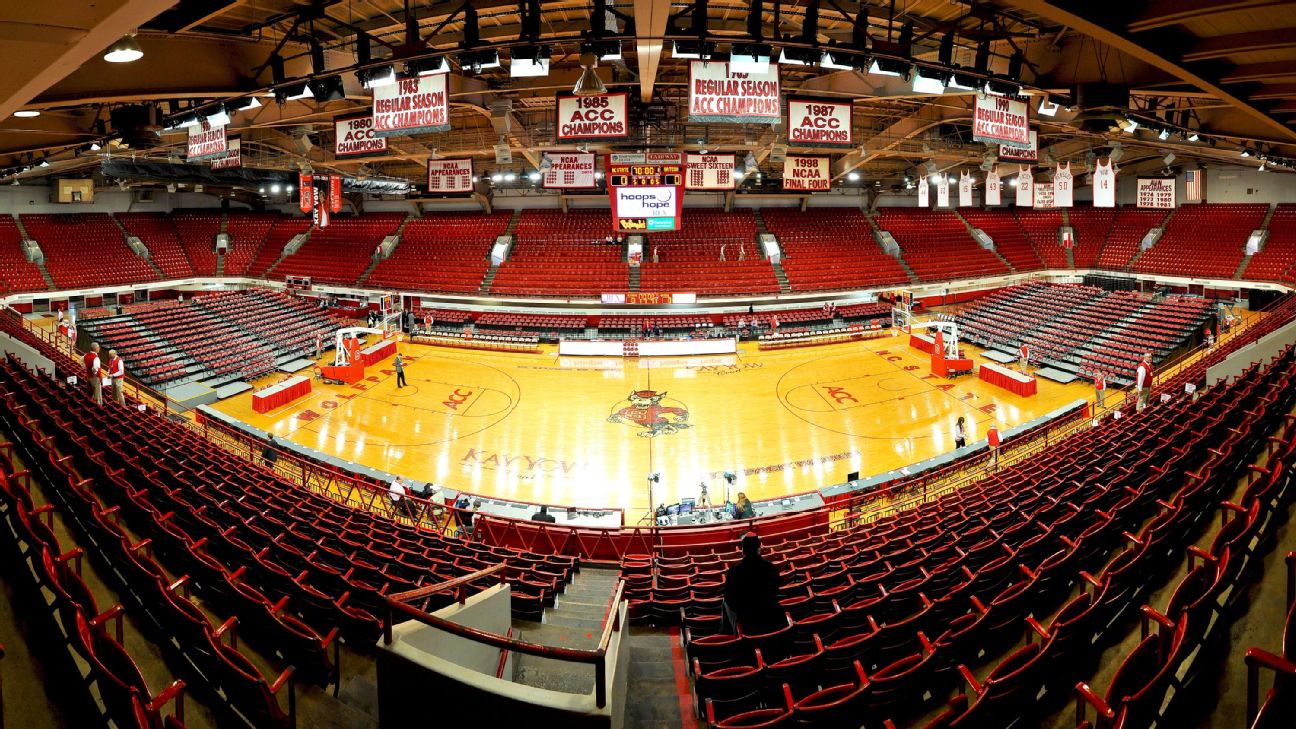 NC State officials informed the NCAA on Wednesday that the university will reluctantly go through the association's new independent resolution process because it is not convinced it would get a fair trial otherwise.

In July, NC State received a notice of allegations from the NCAA regarding the Wolfpack's recruitment of former star player Dennis Smith Jr.

The NCAA alleged two Level I violations (the most serious) against the school, including a failure-to-monitor charge against former coach Mark Gottfried, who has since been hired at Cal State Northridge.

In December, NC State officials disputed that there was sufficient evidence to prove the NCAA's allegation that Gassnola gave $40,000 to Early, who was supposed to help facilitate getting the money to Smith's family.

On Wednesday, NC State officials questioned whether the school would receive fair treatment adjudicating the case through a traditional infractions hearing.

"Based upon the Referral Petition, NC State believes it cannot receive an objective or fair hearing before the [Committee on Infractions]," NC State's response said. "It is clear that legitimate procedural and factual issues exist in this case. NC State appropriately raised these issues in its Response. Now, several months later, NC State has been met with a preemptive decision on these issues by the COI before there has even been a hearing on the merits.

"The Referral Petition not only confirms and highlights NC State's concerns about the fairness of the NCAA process, but also taints this case from moving forward in a meaningfully fair manner for NC State. As a result, NC State is left with little choice but to reluctantly accede to the referral of this case to the [Independent Accountability Resolution Process]."

The newly created Independent Accountability Resolution Process [IARP] includes investigators and hearing officers with no direct ties to the NCAA or its member schools.

Even though NC State agreed to the referral, the Infractions Referral Committee must still decide whether to formally accept the case.

"We've stated throughout this process that NC State will accept accountability for any shortcomings and defend ourselves aggressively where we feel it is appropriate and necessary to do so," NC State chancellor Randy Woodson said in a statement on Wednesday. "As our response to the Referral Petition demonstrates, we do not think NC State can receive an objective or fair hearing before the Committee on Infractions in this matter. We believe the only remaining option is that our case be moved to the Independent Accountability Resolution Process.

"NC State has a long history of working cooperatively with the NCAA, and we remain committed to working collaboratively through the IARP to address concerns and to resolve this matter as fairly and efficiently as possible."

If the NC State case is accepted for independent resolution, the Complex Case Unit will assess the notice of allegations and determine whether additional investigation is needed. The case would then be heard by the Independent Review Panel, which consists of 15 members who are not NCAA staff members or employees of any NCAA schools or conferences. Its rulings are final and there are no appeals.

Last month, the NCAA announced that a Memphis infractions case involving the recruitment of star basketball player James Wiseman would be the first case to be handled by the IARP.

The new independent infractions process was one of several recommendations made by the Rice Commission on college basketball, which was created in response to the federal government's three-year investigation into corruption in the sport. The Rice Commission concluded that the NCAA's existing investigation and enforcement model was rife with potential conflicts of interest.

In the Committee on Infractions' referral, chair designee Carol Cartwright, a former president at Bowling Green and Kent State, wrote that the NC State case "is the very type of case intended to be resolved through that process."

Cartwright wrote that the case included major policy issues at the cornerstone of the NCAA; the lack of acceptance of core principles of self-governance; perceived misconduct; a case record with a significant scope, scale and factual complexities; apparent breaches in confidentiality; and increased stakes for the parties and the NCAA.