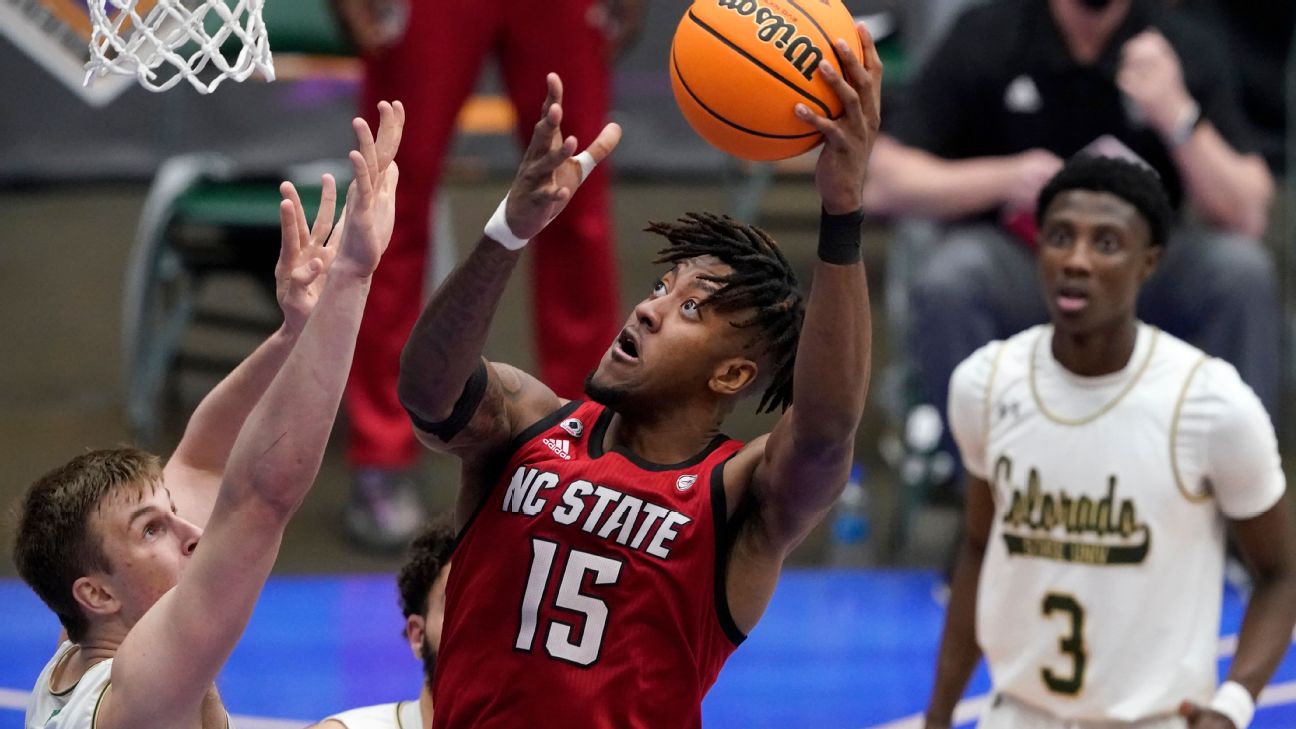 NC State junior forward Manny Bates will miss the rest of the season after suffering a right shoulder dislocation in the Wolfpack's win over Bucknell on Tuesday.

Bates suffered the injury in the first minute of Tuesday's season opener.


"I'm just heartbroken," head coach Kevin Keatts said. "I'm heartbroken for Manny because he's overcome so much to become the incredible player he is. He does everything the right way. He doesn't take shortcuts. He's a prime example of everything I want an NC State basketball player to be on and off the court. I know Manny has the work ethic and positive mental attitude to come back from this. I know he'll come back stronger and I know Manny's best basketball is still ahead of him."

Keatts, who has coached NBA players Gorgui Dieng and Montrezl Harrell, told ESPN in October that Bates might be "the best defensive player I've ever had."

Bates sat out the 2018-19 season after undergoing shoulder surgery in August prior to his freshman campaign.


A 6-foot-11 redshirt junior from Fayetteville, North Carolina, Bates is one of the best defensive players in the country. He's led the ACC in blocked shots each of the past two seasons, blocking 2.9 per game in just 18.4 minutes in 2019-20 and then blocking 2.7 per game last season. Bates also set NC State's single-season record for field goal percentage last season, making 64.1% of his shots.