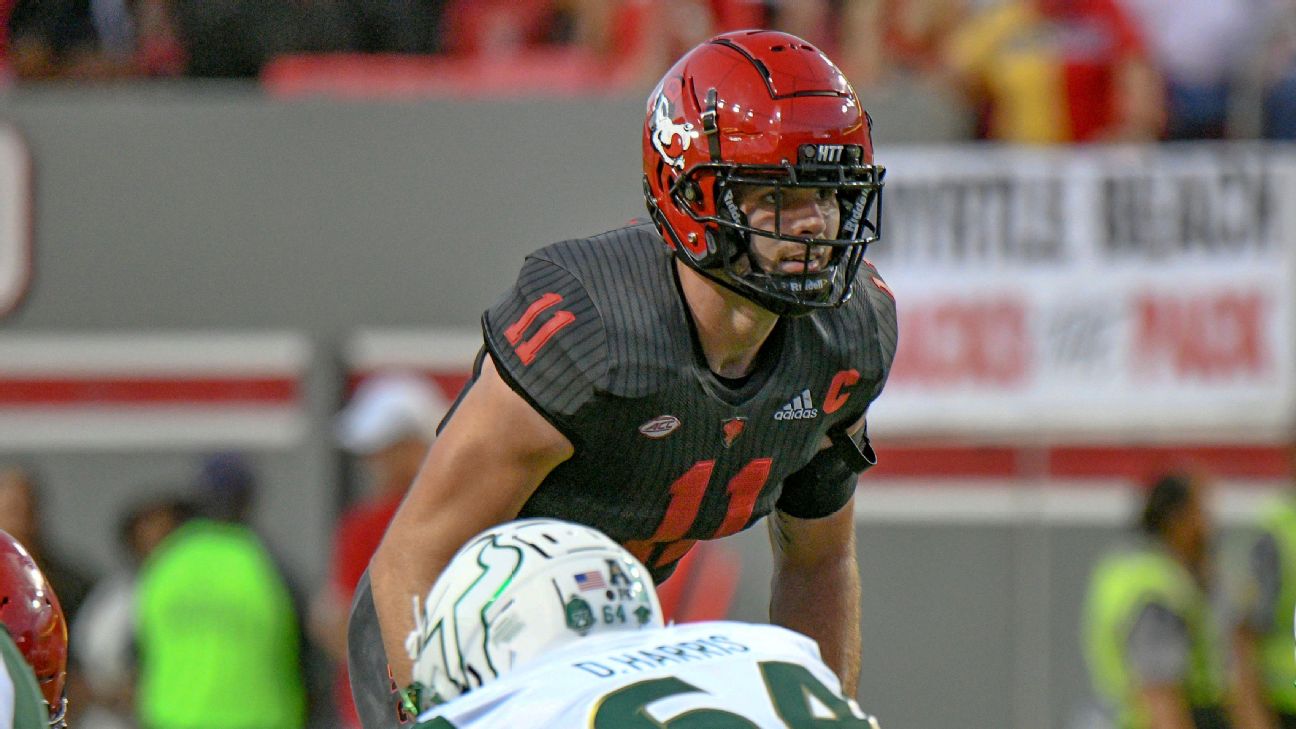 Both were hurt in a 24-10 loss to Mississippi Stateon Saturday night. Wilson, a preseason All-ACC selection, left the game with an apparent arm injury. Fagan's injury was not disclosed.


The news is a big blow for the NC State defense, particularly in regard to Wilson, its best returning player. He led the ACC a year ago in tackles per game and ranked fourth among all FBS players in overall tackles.

Fagan transferred to NC State from Florida Stateand was in his first year playing for the Wolfpack.


"We love those guys, and we feel for them," coach Dave Doeren told reporters Monday. "We know what the game and the team means to them. That pain that we all suffer for them can help us play hard for them, and I know we will."
Report a correction or typo
Related topics:
sportsespnnewscollege footballnc state wolfpackpayton wilsoncyrus fagan
Copyright © 2021 ESPN Internet Ventures. All rights reserved.
TOP STORIES
Police officer killed in crash on I-540 near Knightdale
1 killed, 1 injured in overnight shooting in Fayetteville
Cold snap arrives, bringing lows in the 40s
Lawsuits demand unproven drug for COVID-19 patients
Racial reckoning looms large in trial over Ahmaud Arbery death
Masks and vaccines are a must this holiday season: CDC
Show More
US religious group says 17 missionaries kidnapped in Haiti
NASA's asteroid hunter Lucy soars into sky with diamonds
'Foul play' suspected after Robeson County woman goes missing
Prayer vigil held in Dunn to remember victims of drug overdoses
Fun had by all at Dix Park alternative to the State Fair
More TOP STORIES News