No. 3 North Carolina seeking sweep of No. 4 Duke 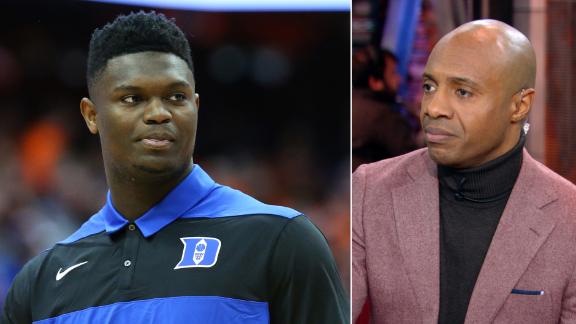 The script has flipped for the rematch between No. 4 Duke and No. 3 North Carolina.

This time it's the Tar Heels who are riding a wave entering Saturday night's Atlantic Coast Conference regular season finale against the visiting Blue Devils in Chapel Hill, N.C.

North Carolina (25-5, 15-2) has won six straight and is tied atop the ACC standings with Virginia.

Duke (26-4, 14-3) has dropped two of its last five, including an 88-72 loss to the Tar Heels, and narrowly averted disaster in a one-point win Tuesday against Wake Forest.

When they met in Durham on Feb. 20, the buzz was all about members of Duke's heralded freshman class participating for the first time in this storied rivalry.

Now, some of the attention has shifted to three UNC seniors who've been part of special moments and will be playing in the Smith Center for the final time. Starters Cameron Johnson, Luke Maye and Kenny Williams will be honored as part of Senior Night.

This will be the 12th Duke-North Carolina meeting with both teams in the top five, though the first such collision since February 2008.

This marks the first week all season in which UNC has moved ahead of Duke in the Associated Press Top 25.

The Tar Heels have reached the 25-win mark for the 12th time in coach Roy Williams' 16 seasons. They have won 15 ACC regular-season games for the first time.

"I do think throughout the course of the year our team has gotten better," the coach said.

The mystery element for Saturday night involves Duke freshman sensation Zion Williamson, who hasn't played since the opening minute of the first meeting with North Carolina. His basketball shoe ripped apart and he suffered a sprained right knee.

There was some early speculation that Williamson might play, but Duke head coach Mike Krzyzewski sounded doubtful.

"I don't think he'll be ready for Saturday," Krzyzewski said. "I have to be careful not to push this. I'd be surprised if he's not ready by the ACC tournament."

The Blue Devils claim they'll be focused either way.

"If he plays, I'll be happy," Duke freshman forward RJ Barrett said. "If he doesn't, we've got to still win without him. We're prepared no matter what."

The Tar Heels say they won't be distracted by Williamson's status.

"You've got to stay level and be ready to compete under any circumstance," Johnson said.