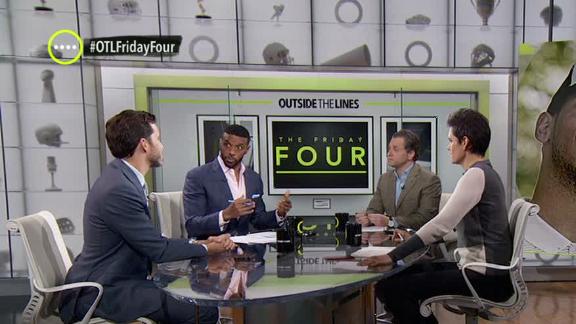 ESPN
By David Newton
CHARLOTTE, N.C. -- Former Carolina Panthers wide receiver Rae Carruth, who has spent the past 17 years in a North Carolina prison for conspiracy to murder his pregnant girlfriend, opened up for the first time in a handwritten letter to the victim's mother.

Carruth wrote a 15-page letter to Saundra Adams, the mother of Cherica Adams, that was sent to Charlotte television station WBTV. He also spoke at length by phone with the station about the letter, accepting responsibility for the 1999 conspiracy to murder Cherica Adams and expressing interest in gaining custody of their son.

Carruth is scheduled to be released from Sampson Correctional Institution in Clinton, North Carolina, on Oct. 22. He was sentenced to 18 to 24 years in 2001 after being found guilty of hiring Van Brett Watkins and Michael Kennedy to murder Adams. Watkins, who shot Adams multiple times, was sentenced to a minimum of 40 years. Kennedy, who drove the car, was released in 2011.

Saundra Adams has raised Chancellor, now 18. In past interviews with the Charlotte Observer, she has expressed that she would like to be present the day Carruth is released.

Carruth, who did not testify at his trial, said he wants custody of Chancellor when he is released.

"I feel like he might not ever have his mother in his life but he could still have me and I could still make a difference and I don't think that's anyone's responsibility when I'm still here."

Saundra Adams told the Observer on Monday that she would not relinquish custody of Chancellor to Carruth.

"I've forgiven Rae already, but to have any type of relationship with him, there does have to be some repentance," Adams told the newspaper. "And I think this opens the door. But I can say definitively he's not ever going to have custody of Chancellor.

"Chancellor will be raised either by me or, after I'm gone, by someone else who loves him and who knows him. He will never be raised by a stranger -- someone he doesn't know and who tried to kill him."

In the letter, Carruth wrote that he has "long accepted my lot as a social pariah." He said in an introduction to the letter, which he began with "To whom it may concern," that the purpose of the letter was to challenge allegations made by Saundra Adams on the "truthfulness of the statements she's made about me."

Carruth referred to several "lies" he claimed Adams made, beginning with saying he never apologized for what happened. He noted that he apologized on several occasions in correspondence from prison.

Carruth also accused Adams of creating a false impression of his relationship with her daughter. He said outside of a physical relationship, "me and your daughter were practically strangers."

Carruth also challenged that his motive for having Cherica Adams killed was to avoid having to pay child support, noting child support never was mentioned as motive during the trial. He said the motive was more to do with Cherica being unwilling to get an abortion.

In the letter, Carruth said he wishes he could go back to 1999 and do things differently.

"If I could change anything, I'd change the whole situation," he wrote. "His mother would still be here and I wouldn't be where I'm at. So that's what I'd want to change. I want the incident to never have happened at all."

Carruth, 44, told WBTV that he has changed a lot since the Panthers selected him in the first round of the 1997 draft out of Colorado. He noted back then he was very "self-centered" and immature.

He talked about finding a relationship with God.

"I feel like I owe Chancellor," Carruth said. "I let him down as he came into this world and the only way that I can make that right, the only way I can work out my relationship with my son, is to be there for him and to be a father and a dad to him going forward." 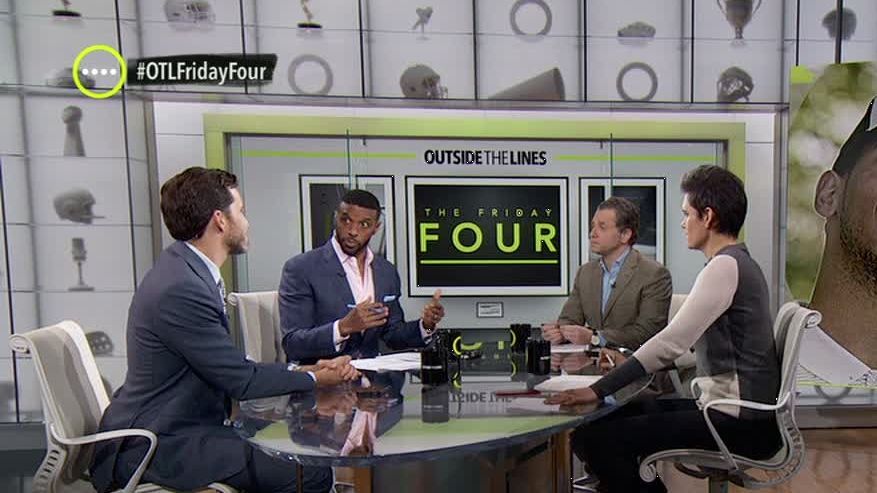