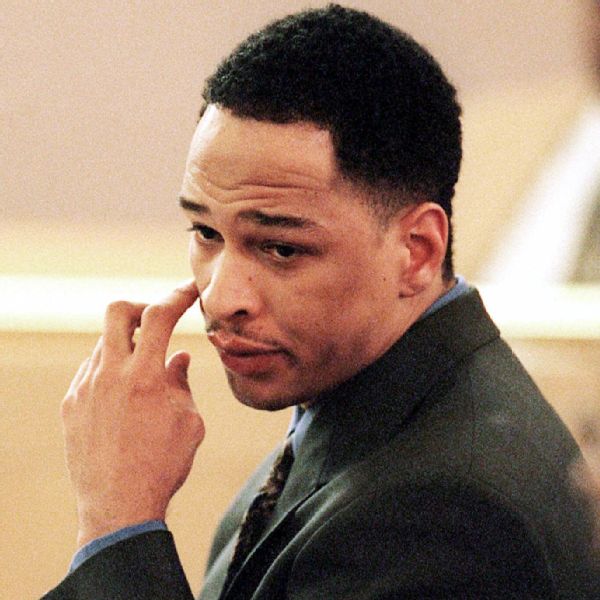 ESPN
By David Newton
CHARLOTTE, N.C. -- Former Carolina Panthers wide receiver Rae Carruth has given up plans to pursue a relationship with his son after being released from prison later this year.

In a letter to the Charlotte Observer, Carruth wrote that he will not pursue custody of Chancellor Lee Adams, who lives in Charlotte with his maternal grandmother, Saundra Adams.

This comes a few weeks after Carruth, scheduled to be released in October, sent a letter to WBTV in Charlotte, saying he planned to pursue custody of his 18-year-old son.

Carruth has spent the past 17 years in Sampson Correctional Institution in Clinton, North Carolina. He was found guilty in 2001 for conspiracy to murder his pregnant girlfriend in 1999.

Cherica Adams died in the hospital after being shot multiple times by Van Brett Watkins, who was hired by Carruth. She was pregnant with Chancellor, who as a result of the shooting was born prematurely. He has cerebral palsy.

"For all involved or invested in this ordeal, please calm down," Carruth wrote in the letter to the newspaper. "I will no longer be pursuing a relationship with Chancellor and Ms. Adams. I promise to leave them be, which I now see is in everyone's best interest."

Carruth wrote that including in the first letter his desire to enter Chancellor's life was a mistake and he admitted that was too optimistic, even though he still wants to "make amends with Chancellor and try to be the father that I should have been from day one.''

"I now understand that any notions of me one day being welcome to Sunday dinner is totally out of the question," Carruth wrote in the second letter, which was postmarked Feb. 21. "And lastly, I didn't foresee the media and general public being unanimous in its belief that I shouldn't be allowed to ever have anything to do with Chancellor."
Report a correction or typo
Related topics:
sportsespncarolina panthersnflrae carruth
Copyright © 2020 ESPN Internet Ventures. All rights reserved.
More Videos
From CNN Newsource affiliates
TOP STORIES