'She's a football player:' Rolesville kicker is leaving a mark

"I started playing in eighth grade," she said. "My dad taught me how to kick a soccer ball with a football. I have always had football in the family."

As the older sister of two younger brothers, Clayton wanted to be the first to play football in high school.

"I had always wanted to try out, and everybody said I couldn't do it," she said. "I just felt like I had to prove to everybody. I had to do it."

And now, she is doing it at Rolesville High School. 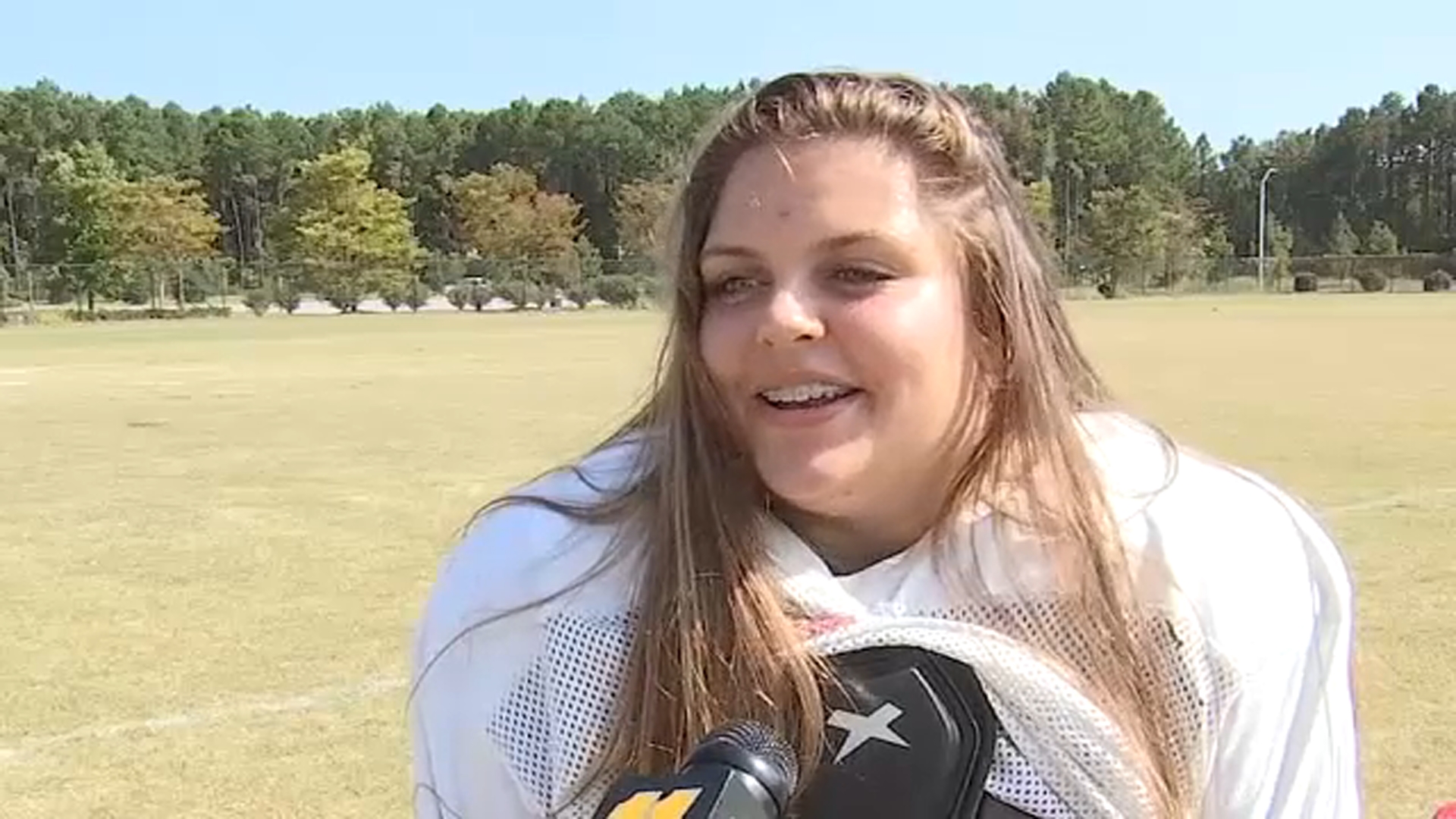 Raeann Clayton even made a tackle against South Garner, knocking a returner out of bounds.

As a junior, Clayton is the starting kicker for the Rams. She has recorded 12 points through 5 games.

"Against South Garner, she actually made a tackle," Samek said. "A guy broke loose and she knocked him out of bounds. She's a football player."

Her teammates seem to agree.

"She puts us in great field positioning," said senior linebacker Darius Robinson. "She kicks it so we can pin the offenses back, and so we can get turnovers and stuff. She's really good."

Clayton said the first kick of the game can be intimidating, being the only girl out of 22 players, but after she nails it, she is reminded that she's just another member of the team.

"It's like being one of the guys," she said. "They treat me like their little sister. They protect me; it's awesome."

It's no gimmick, according to the coach.

"She comes out here and she does what we ask her to do and she plays on Friday night," Samek said. "I don't think the team would be the same without her."

The Rams are 5-0 this season, and Clayton wants people to know she's a big part of that.

"I just think it's really important that they know they got beat by a girl," she said with a smile. "I just love when they're like 'oh, that's a girl. I just lost to a team with a girl on it.'"
Report a correction or typo
Related topics:
sportsrolesvillewake countywomen athleteshigh school sportsgood sportshigh school football
Copyright © 2020 WTVD-TV. All Rights Reserved.
More Videos
From CNN Newsource affiliates
TOP STORIES

George Floyd's memorials will retrace life: How to watch