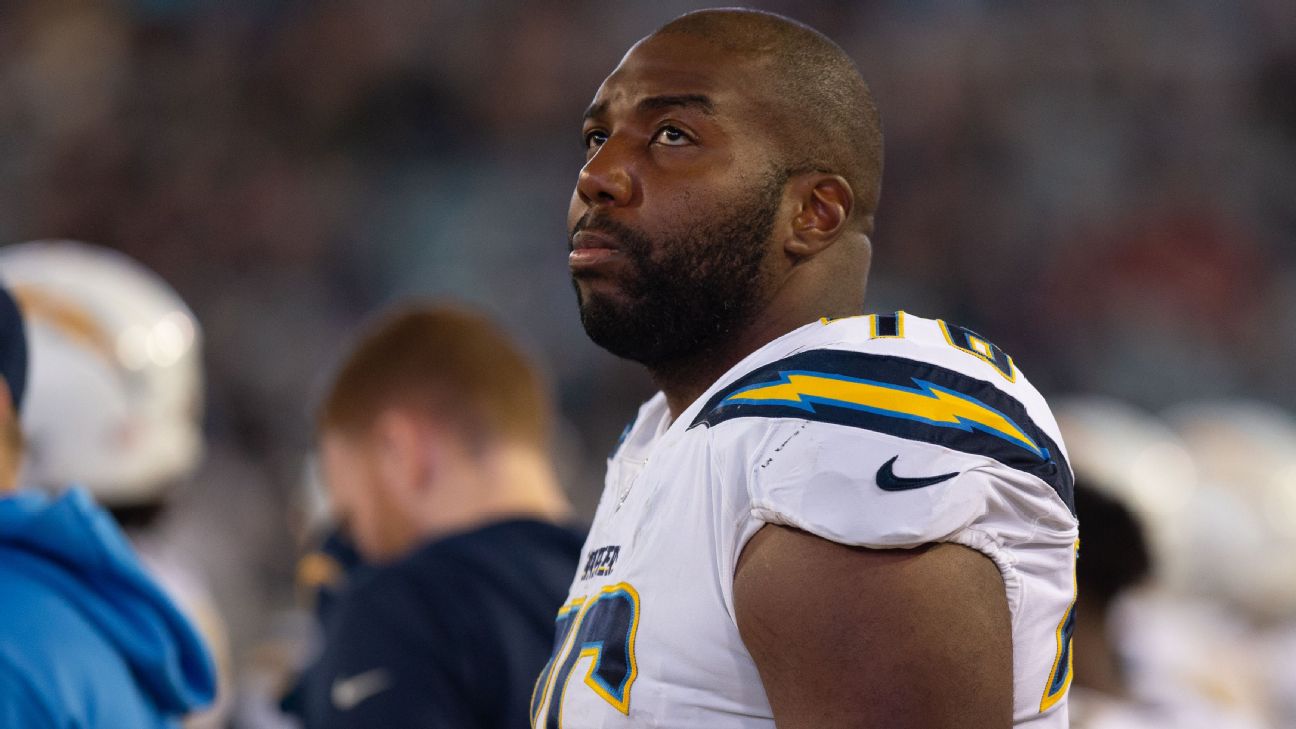 The trade cannot be made official until 4 p.m. ET on March 18, the start of the NFL's new league year.

Turner, who has been selected to five consecutive Pro Bowls, is signed through the 2021 season and is scheduled to count $8.5 million and $11.5 million, respectively, against the salary cap the next two seasons.

Okung will be reunited with new Carolina offensive line coach Pat Meyer, who was the offensive line/run game coordinator for the Chargers from 2017 to '19.

The two-time Pro Bowl selection is in the final year of his four-year deal and is scheduled to count $13,031,250 against the salary cap this year.

Okung, who turned 31 in October, was the sixth overall pick of the Seattle Seahawks in the 2010 draft. He joined the Chargers as a free agent in the 2017 offseason and has spent the past three seasons with the team.

Okung began last season on the reserve/non-football illness list because of a pulmonary embolism caused by blood clots during the offseason. He was activated in late October. He has started all 124 games that he has played in his NFL career.

The trade fills a big need for Carolina before the start of free agency and the April draft at a position that has been a revolving door since Michael Oher's career ended with a concussion suffered during the 2016 season.

Carolina signed Matt Kalil to a five-year, $55 million deal in 2017. After starting all 16 games that season, he was placed on injured reserve in September 2018 and released in March 2019.

The Panthers hoped to fill the left tackle position last season with Greg Little, a second-round pick out of Ole Miss. However, Little was limited to three games -- he missed almost half the season in the concussion protocol and later suffered an ankle injury -- before he was placed on injured reserve.

Daryl Williams and Dennis Daley also started at left tackle in 2019. Williams is a free agent.

Turner, who turns 27 on June 14, started 80 of the 84 games in which he has played for the Panthers since he was selected in the third round of the 2014 draft.

After the news of his impending trade broke, Turner responded to Panthers teammate Gerald McCoy's tweet saying, "The NFL crazy!!" with one of his own that included an airplane emoji between two palm trees.

Pro Football Focus gave Turner a grade of 63.9 this past season, ranking him 29th in the league among guards. 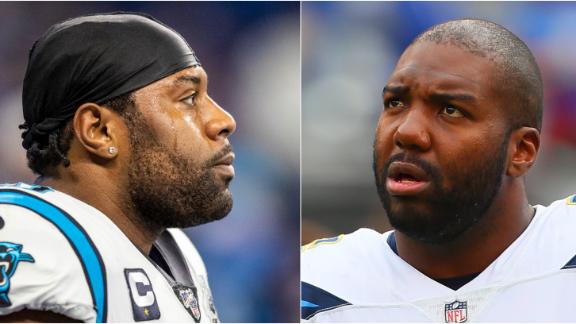