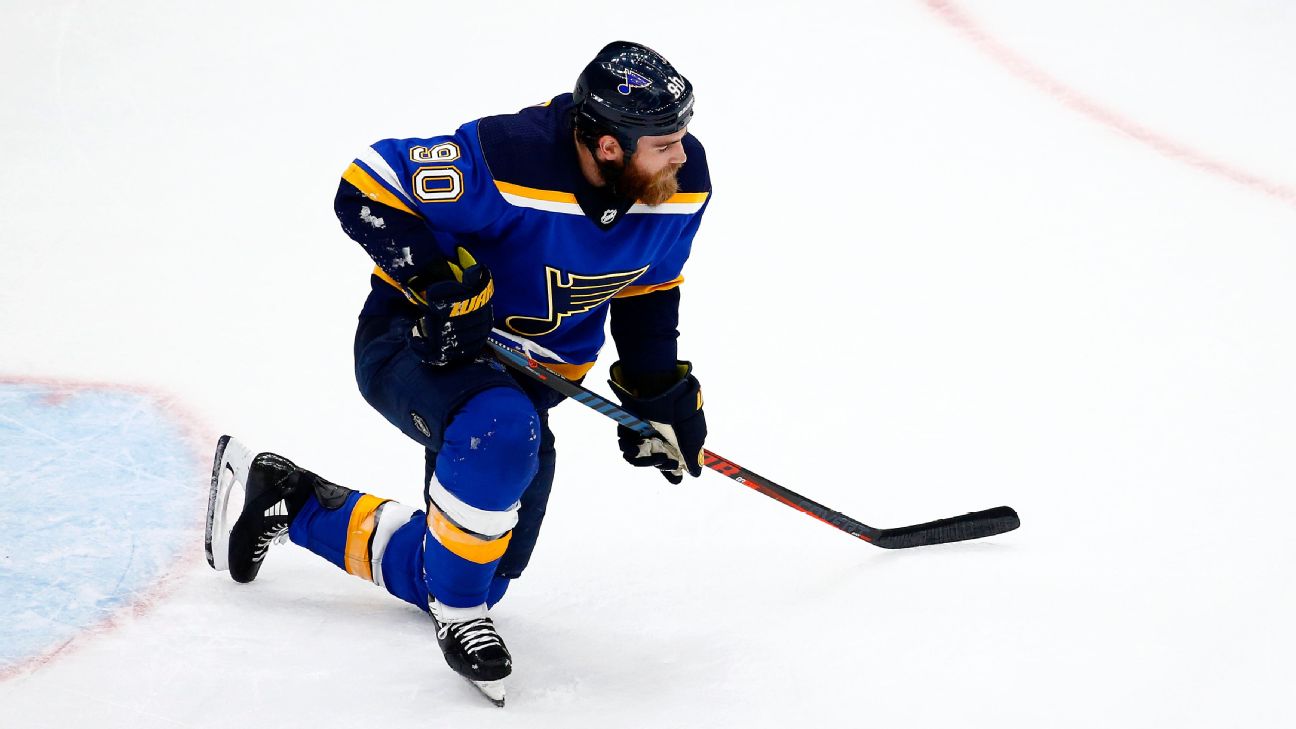 The 2019 Stanley Cup playoffs continue to be defined by some of the most egregious officiating mistakes in recent memory. The St. Louis Blues were the latest to be on the wrong side of one of those mistakes, losing Game 3 to the San Jose Sharks as a direct result.

Here's what happened in the NHL last night (check out replays of every playoff game on ESPN+) and what to watch for tonight, in today's edition of ESPN Stanley Cup Playoffs Daily:

It's a shame that the controversial goal by Erik Karlsson in overtime -- on a missed hand pass by Timo Meier -- overshadowed what was a tremendously entertaining playoff game. The Sharks scored twice in the first. The teams combined for five goals in the second, with the Blues leading 4-3 headed into the third. Logan Couture tied the game at 4 with a goal at 18:59 -- after a couple of icings by the Blues -- and then Karlsson's second of the night ended it. Well, the officials' blown call ended it, and Karlsson's tally was a formality.

1. Logan Couture, C, San Jose Sharks. Overtime never would've even happened without Couture's goal late in the third period, when he tucked the puck past Jordan Binnington's pad for his 14th goal of the playoffs and his 20th point.

"I was happy that they kept icing the puck," he said. "I was a little tired, I had been out there for 30 minutes. [Alex] Pietrangelo kept icing it, gave me some time to catch my breath. I think a couple of us were tired, so we were happy that he kept icing it. Jumbo [Joe Thornton] made a good play on the wall, kind of a battle, their guy threw it at the net, we were able to outnumber him. The puck came loose a little bit, and I think I got my stick on it before Binnington could cover it."

2. David Perron, LW, St. Louis Blues. The forward scored two goals 2:39 apart in the second period to give the Blues the 4-3 lead, including the first power-play goal for St. Louis since Game 4 against Dallas.

3. Martin Jones, G, San Jose Sharks. The beleaguered goalie wasn't the sharpest early in the game, but also had two pucks go by him that deflected off defenseman Justin Braun. But as has been the case in the last two rounds, he was there when they needed him, making 15 saves in the third period and overtime. "For him to keep his composure, and then we're chasing the game in the third, you gotta open it up, so he's getting some grade-A looks," Sharks coach Pete DeBoer said. "I didn't think there were a lot of grade-A looks in the second period, but in the third he did because we had to open it up, playing from behind. He came up with some huge saves to get it to overtime."

Alex Steen and Ivan Barbashev create the Blues first goal of the night here in Game 3. #stlblues>#StanleyCupPlayoffs>pic.twitter.com/BYMeade7WL - theBRKDWN (@theBRKDWNsports) May 16, 2019

Heck of a pass from Ivan Barbashev, fighting off Karlsson, to Alexander Steen for the Blues' first goal.

What's a playoff game without controversy? It looks like the referees miss a hand pass and the original call on the ice is goal, so there's nothing that can be reviewed or reversed here. pic.twitter.com/B0vPpNTwEL - Shayna (@hayyyshayyy) May 16, 2019

The fact that all four on-ice officials all missed this hand pass from Meier is just stupefying. Said Kay Whitmore, the NHL supervisor of officials for the series: "It's a non-reviewable play. You can read between the lines. You can figure out what you want. You watched the video. But it's just non-reviewable. I know that sounds like a cop-out answer, but that's the truth."

It's technically not a cop-out. Going forward, this kind of play has to be reviewable in the NHL. What an embarrassment.

As Justin Williams of the Hurricanes so eloquently put it: "I can't sugarcoat it. This isn't an ideal situation." Carolina played its best game of the series and came up empty in Game 3, and sounded like it afterward. Is there any hope? Well, keep in mind that the 2010 Bruins are one of only four teams that have blown a 3-0 series lead in Stanley Cup playoff history. Three players who played in Game 7 of that series currently play for the Bruins: Patrice Bergeron, Zdeno Chara and Tuukka Rask.

Laila is a fighter. We know this. @STLChildrens>@Enterprise_Cntr,>#stlblues>#WeAllBleedBlue>pic.twitter.com/4dqVb0sfvG - St. Louis Blues (@StLouisBlues) May 16, 2019

Laila Anderson, who has a rare disease called HLH (hemophagocytic lymphohistiocytosis), had been in only her home and in the hospital for the past four months. Her doctor cleared her to go to Game 3, and the results were emotional. 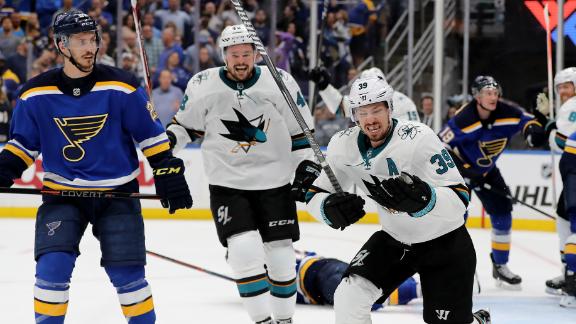