Successes and mistakes from most recent NFL expansion drafts 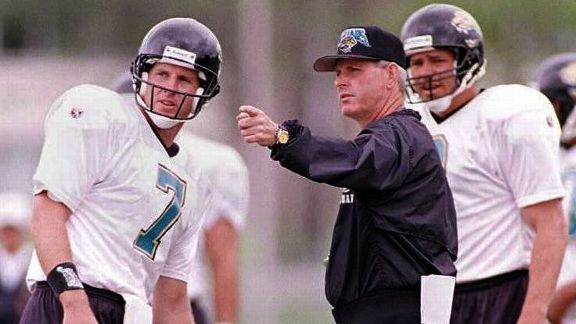 No matter the format or circumstance, NFL expansion is a losing proposition in the short term.

There is no practical way to build an immediate winner out of remnants of other NFL teams. The four franchises to most recently enter the NFL as expansion teams -- the Carolina Panthers (1995), Jacksonville Jaguars (1995), relaunched Cleveland Browns (1999) and the Houston Texans (2002) -- took their short-term lumps, even with Hall of Fame general managers (Bill Polian for Panthers) and Super Bowl-winning coaches (Tom Coughlin for Jaguars) making the decisions. Polian's Panthers came the closest to immediate success, going 7-9 in their first season.


Combining the four teams, only two players picked in those expansion drafts made a Pro Bowl with their expansion teams: cornerback Aaron Glenn and defensive tackle Gary Walker with the Texans. Per ESPN Stats & Information research, the Texans had five players who started at least 40 games for them after being selected, and the other three teams had one such player combined.

Yet it still took longer for Houston to make the playoffs -- in its 10th season -- than any of the four. And none of the four teams has won a Super Bowl. The Panthers came closest, winning two NFC titles but losing twicein the Super Bowl.

Panthers: Wide receiver Mark Carrier. It could have been nose tackle Greg Kragen or fullback Howard Griffith. But Carrier, a 16th-round pick in the expansion draft who previously was with the Browns, played four seasons at Carolina and still ranks sixth in team history in receptions (176) and fifth in receiving yards (2,547). He scored the team's first points with a touchdown catch at Clemson's Memorial Stadium and had the first TD at then-Ericsson Stadium when the team moved into its permanent facility in Charlotte, North Carolina, in 1996. He still is with the organization as executive director of the football staff.

Jaguars: Wide receiver Willie Jackson. The Jaguars' 11th pick of the expansion draft -- from the Dallas Cowboys--led the team in receptions (53), receiving yards (589) and receiving touchdowns (five) in the team's inaugural season. He played two more years in Jacksonville but was pushed down the depth chart after the acquisitions of Jimmy Smith and Keenan McCardell, who rank first and second in franchise history in receptions and receiving yards. Jackson caught 103 passes for 1,281 yards and 10 TDs in three seasons with the Jaguars.


Browns: Guard/center Jim Pyne. He was Cleveland's No. 1 expansion-draft pick who was a three-year starter for the Tampa Bay Buccaneers. Pyne started all 16 games for the Browns at left guard in 1999, but then he blew out a knee early in the 2000 season. The Browns released him the following year to save money on the salary cap, and Pyne started just one more game, with the Philadelphia Eagles, before retiring after the 2002 season.

Texans: Cornerback Aaron Glenn. Glenn, who played his first seven seasons with the New York Jets,was Houston's third pick in the expansion draft and was only one of two players to make a Pro Bowl with his expansion team. The Texans' next pick, defensive tackle Gary Walker, was the other. Glenn spent three seasons in Houston (2002-04), starting 43 games and finishing with 11 interceptions and 44 passes defended.

Panthers: Cornerback Rod Smith.Smith, the second pick of the expansion draft, started eight games with the Panthers in three seasons. But it's hard to say one pick was the worst. Per the rules of the 1995 expansion draft, the Panthers had to fill 38% of the cap in the expansion draft, and then-Carolina GM Polian's goal was to draft players with cheap contracts to fill the back end of the roster so he could use the cap space to acquire veteran free agents such as kicker John Kasay, linebacker Sam Mills and defensive end John Fox. So the fact Polian's second-, third- and fourth-round picks never played a down for the Panthers didn't make them bad picks. Polian still gets ribbed by general managers from those days about how he took advantage of the system.

Jaguars: QB Steve Beuerlein. He was the first overall pick and started the first two games in franchise history before suffering a sprained right MCL. Backup Mark Brunell, whom the Jaguars acquired from Green Bay during the regular draft for third- and fifth-round picks, kept the starting job when Beuerlein was cleared to return two weeks later. Beuerlein ended up replacing an injured Brunell in Week 12 and leading a 96-yard TD drive but went back to the bench when Brunell got healthy. Beuerlein's Jaguars career stat line: 952 yards, four TDs, seven INTs, seven games, 1-5 record as a starter. He then joined the Panthers and went 23-28 as a starter in five seasons.

Browns: The Browns' worst pick is one they didn't make. They have infamously started 30 different quarterbacks since 1999, yet they could've taken Kurt Warner in the 1999 expansion draft. The Rams had left Warner unprotected after he'd attempted only 11 passes during the 1998 season following a career in the Arena Football League. To the Rams' great fortune, Cleveland bypassed Warner and instead grabbed Tampa Bay's Scott Milanovich as its only expansion quarterback selection. Warner went on to the Pro Football Hall of Fame. Milanovich, who is now the head coach of the Edmonton Eskimos in the CFL, never played another NFL down. And the Browns struggled for the following two decades while desperately searching for a franchise quarterback.


Texans: Offensive tackle Tony Boselli. This is not his fault, but the Texans' first pick in the expansion draft never played for the team. Boselli had a successful career in Jacksonville and has been a Pro Football Hall of Fame finalist in recent years, but injuries prevented him from having any impact in Houston. Boselli had multiple shoulder surgeries and did not play during the 2002 season. He retired the following year.

How it worked out

Jaguars: While Carolina went with an approach toward more established players to fulfill cap requirements, the Jaguars took the opposite approach. Coach/GM Tom Coughlin opted to build through youth, and the team took a beating that first season (4-12). However, a young nucleus of draft picks, trade acquisitions (notably Brunell) and free-agent signees came together late in the 1996 season and made a surprising run to the AFC title game. Three years later, the Jaguars had the NFL's best record and made another AFC title game, then salary-cap issues caught up with them. The Jaguars made the playoffs from 1996 to 1999 but have made the playoffs just three times since then.

Panthers: Polian's plan worked out better than anyone expected, as the Panthers won an expansion-record seven games in 1995 and reached the NFC Championship Game in their second season after going 12-4 in the regular season. The veteran leadership the Panthers acquired in free agency -- particularly on defense with Mills and Fox, mixed in with young draft picks such as quarterback Kerry Collins, cornerback Tyrone Poole and offensive tackle Blake Brockermeyer, became the foundation for an organization that believed it had to win quickly to satisfy fans who paid for the stadium through the sale of permanent seat licenses.

Browns: Amazingly, only three of Cleveland's 37 expansion picks -- linebackers Tarek Saleh and Lenoy Jones and cornerback Raymond Jackson -- played for the Browns for more than two seasons. And those three combined to make a total of four starts. The 1999 NFL draft didn't go well for the Browns, either. Cleveland selected Kentucky quarterback Tim Couch with the No. 1 overall pick. Without much help around him, Couch failed to live up to his draft billing and was eventually let go by the team before the start of the 2004 season. Cleveland's poor expansion and college drafts in 1999 set the tone for the franchise, which has been to the playoffs only once since then and is mired in the NFL's longest playoff drought -- 18 years.

Texans: The Texans went into the expansion draft wanting to get linemen to protect QB David Carr, the No. 1 pick of the regular draft in 2002, but injuries to their first two expansion draft picks (both offensive tackles) derailed those plans. Carr set NFL records for getting sacked and never fulfilled his potential. Houston struggled in its first four seasons, averaging 4.5 wins per year. They did not make the playoffs until 2011, and a big reason was because they couldn't protect their quarterbacks. 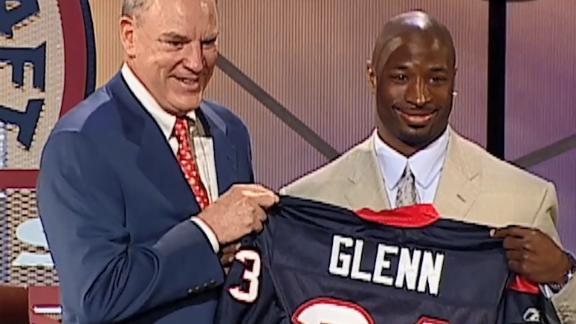