Virginia favored to repeat in 2020 at Vegas books 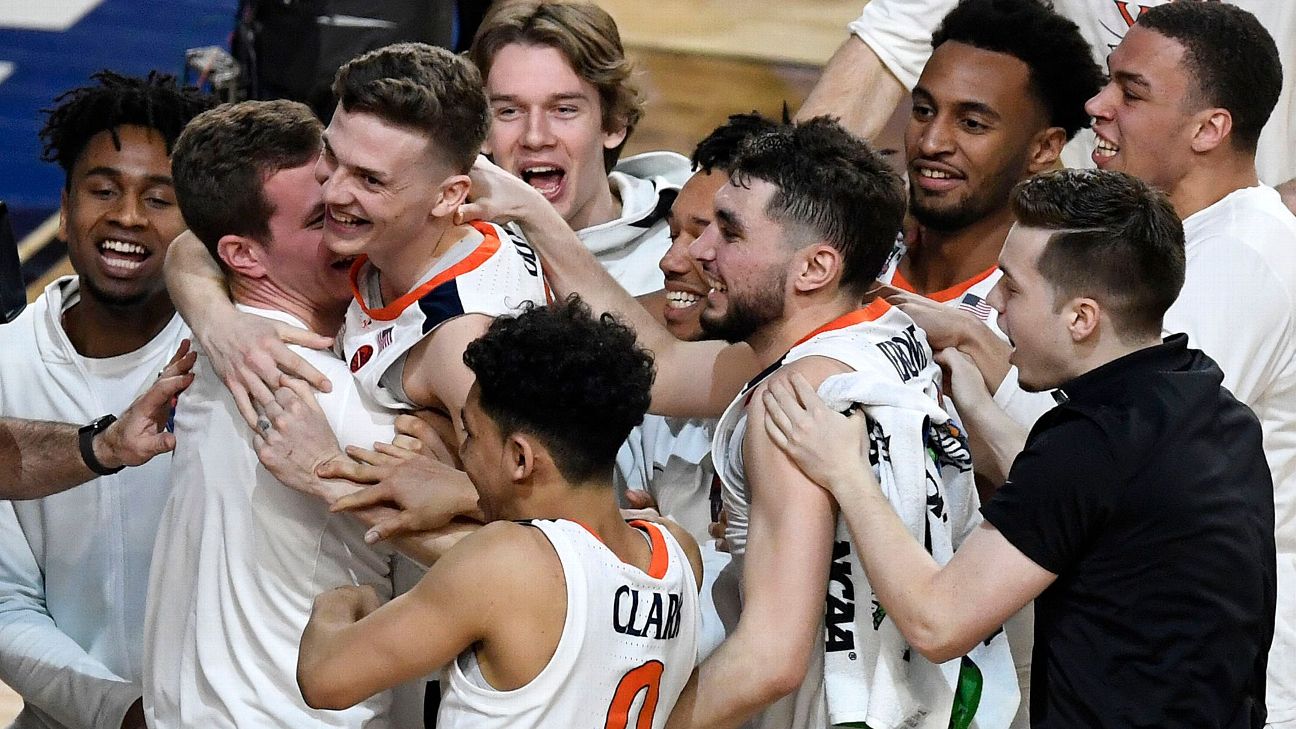 Oddsmakers in Las Vegas like the Virginia Cavaliers to repeat as NCAA men's basketball champions in 2020.

Caesars Palace was the first sportsbook to post odds and installed the Cavaliers as the favorites at 5-1 prior their 85-77 overtime victory in Monday night's title game. Runner-up Texas Tech was listed at 30-1 odds.

The Westgate Las Vegas SuperBook followed by making Virginia and the Kentucky Wildcats co-favorites at 7-1.

After Virginia, Dukeand Kentucky have the second-best odds at Caesars at 8-1, followed by Gonzagaat 10-1 and Michigan Stateat 12-1. Duke's Tre Jones on Monday announced he would return to school next season, but the Blue Devils are expected to lose Zion Williamson, Cam Reddish and RJ Barrett.

Westgate opened both Duke and Michigan State at 8-1.

"Virginia's only loss to graduation is reserve big man Jack Salt, so they will be stacked again next year if no one leaves for the NBA," Matt Lindeman, manager of trading at Caesars, told ESPN. "You always have to stay conservative with Duke and Kentucky until you know who is leaving and where the unsigned recruits are going. I'd much rather open too low and bump a team when guys leave than open too high and take a sharp bet when they unexpectedly come back to school."

Louisvilleand Villanova(the 2018 national champion) have 15-1 odds at Caesars, and this year's other Final Four team, Auburn, has 20-1 odds.

He added about LSU: "All of the uncertainty surrounding Will Wade made them challenging, as well, given they're a young team who could be dangerous."

There are 11 teams, including Clemson, MiamiandBYU, with odds of 1,000-1 at Caesars.

Next year's title game will be played at Mercedes-Benz Stadium in Atlanta on April 6, 2020. 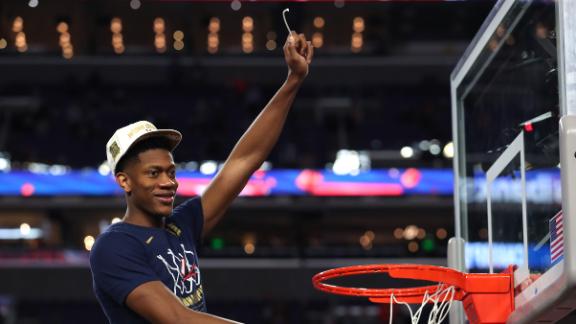 Two plays that won Virginia the title
De'Andre Hunter's brilliance on both sides of the ball forced overtime and helped the Cavaliers seal their first national championship. 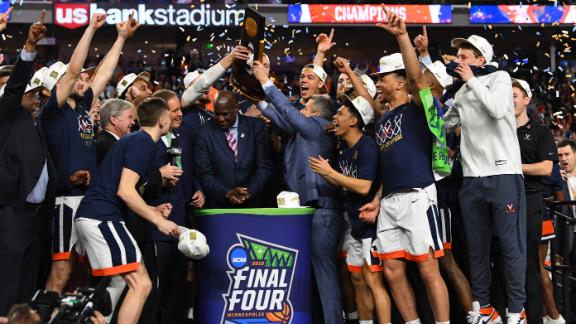