Zion declares for draft after 'best year' of life 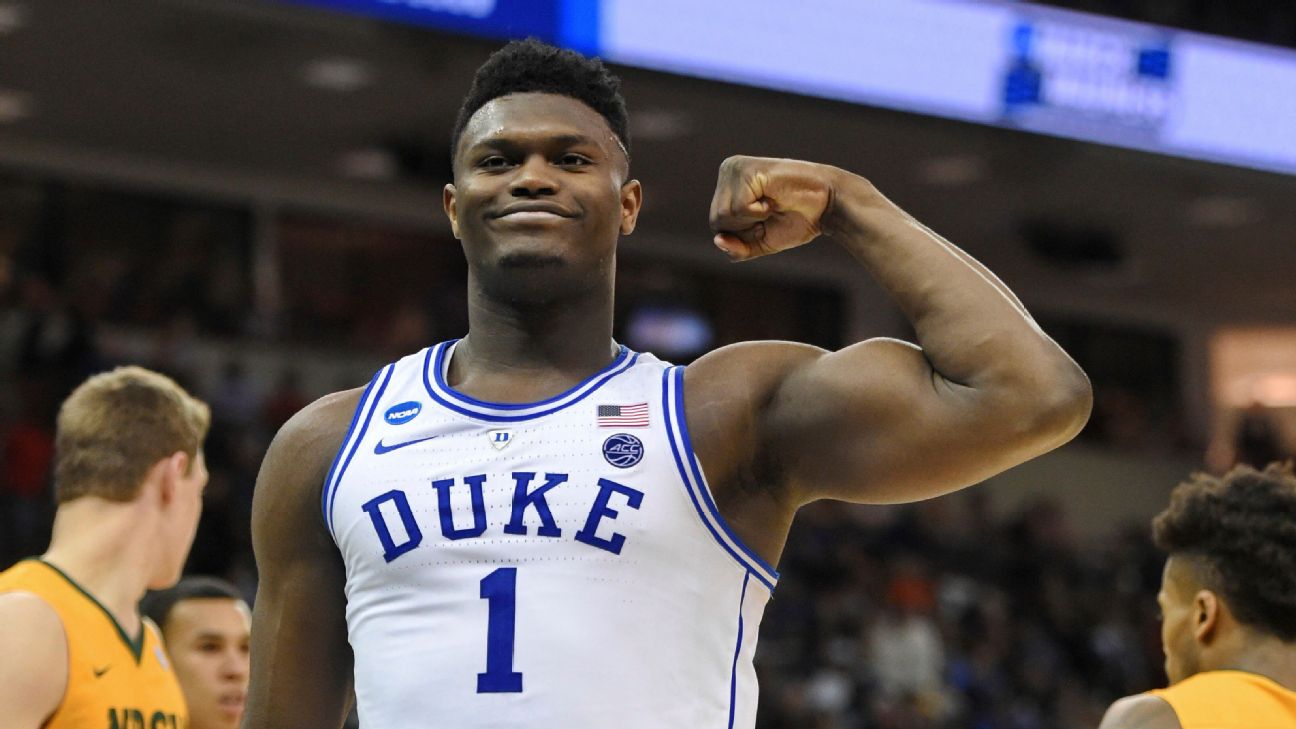 Dukefreshman Zion Williamson, the consensus player of the year, made it official Monday, declaring his eligibility for the NBA draft.

Williamson, whom ESPN ranks as the No. 1 prospect in the June draft, made his announcement on Instagram, saying it had been the "best year" of his life and thanking those who helped make his dream a reality.

The 6-foot-7, 285-pound Williamson captivated all of college basketball with his freakish, once-in-a-generation athleticism, his energy at both ends of the floor and his omnipresent charisma.

Williamson, 18, averaged 22.6 points and 8.9 rebounds per game while ranking second nationally by shooting 68 percent. He won the Wooden Award and the Naismith Award and was named player of the year by the Associated Press and the U.S. Basketball Writers Association.

He became the face of college basketball this season, routinely coming up with at least one highlight-reel play or show-stopping dunk per game.

On May 14, the NBA will hold its lottery to determine which team has the right to draft Williamson.New York, Phoenix and Cleveland hold the best odds, followed by Chicago and Atlanta.

Williamson's decision to turn pro came as no surprise. He spent the season greeting NBA chatter with a playful wink and a knowing nod.

He said it would be "dope" to play on a hypothetical New York Knicks team with Kyrie Irving and Kevin Durant. Upon learning that LeBron James and Stephen Curry were talking about him during All-Star Weekend, he responded by saying that he is "hoping to be there competing against them next year."

During his lone college season, Williamson helped the Blue Devils earn the No. 1 ranking in the final AP Top 25 and the top overall seed in the NCAA tournament. Duke was knocked out by Michigan State in the East Regional final.

Now that Williamson is headed to the NBA, one key subplot to follow is which sneaker company will land his endorsement.

In one of the biggest moments of the season, Williamson blew out his left Nike shoe -- the PG 2.5, the signature shoe of Oklahoma City star Paul George -- and sprained his right knee in the opening minute of what became a lopsided home loss to rival North Carolina.

The impact was immediate: Nike's stock price took a hit the next day, and the shoe company sent a team of representatives to Duke's campus to investigate. When Williamson returned roughly three weeks later for the ACC tournament, he wore a pair of modified size-15 Nikes from Irving's signature line.

Williamson joins RJ Barrett and Cam Reddishas classmates headed to the pros after one season. Point guard Tre Jones said he will return to school for his sophomore year. 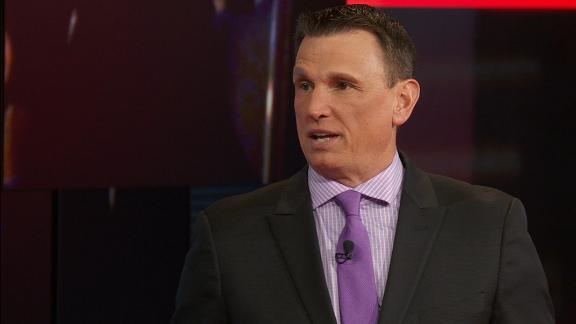