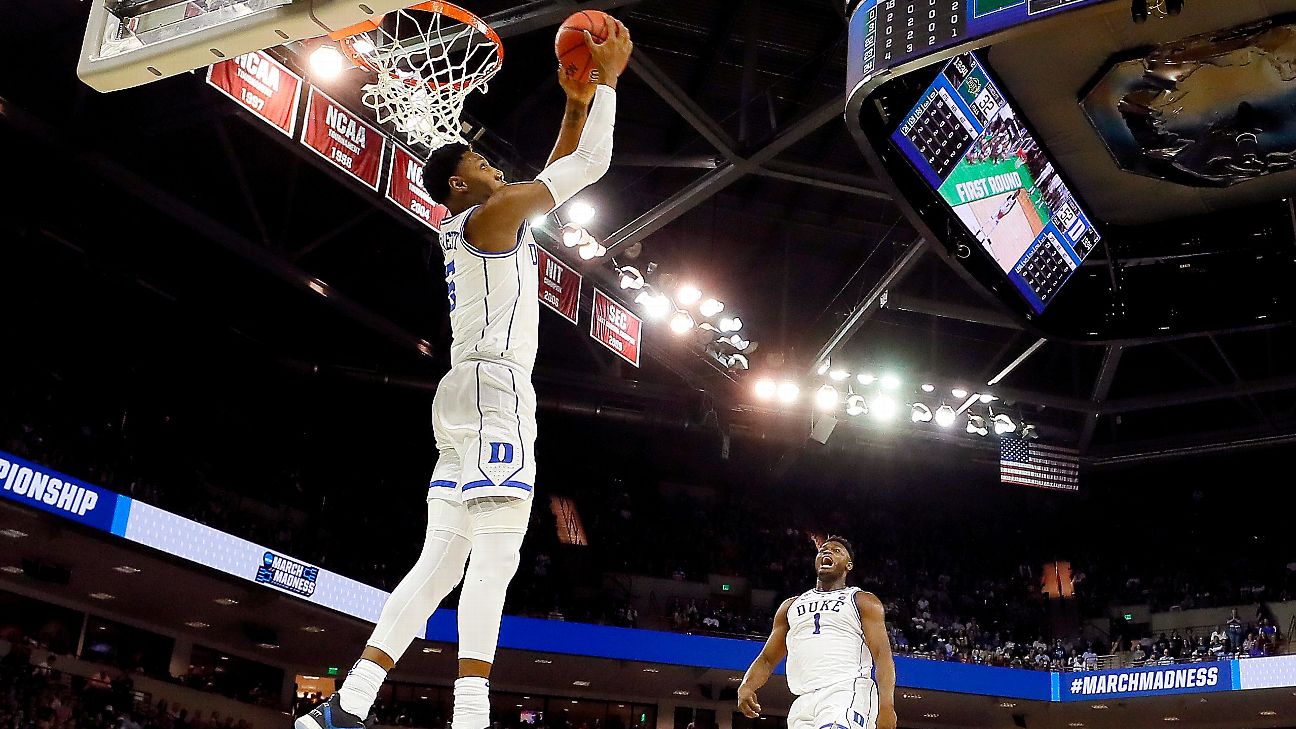 After a shaky first half for Duke, Williamson dominated North Dakota State to open the second half, from following a missed free throw with a dunk to outrunning a Bison point guard for a loose ball that he converted into another bucket as the Blue Devils ran away in an 85-62 victory.

"That's just something within me, deep down, if I see my team in a sticky situation," Williamson said. "I want to be the one to pull us out. I just happened to be in the right spots."

Williamson finished with 25 points in the game, including scoring 13 of Duke's first 21 out of the half as the Blue Devils pushed a four-point edge to 20 with 14 minutes to play.

Williamson downplayed the emotion of being in front of his home-state fans, but he admitted there was a thrill to simply getting on the court in the NCAA tournament.

"I remember watching March Madness, live-streaming it in high school, in middle school -- just watching the intense games and telling myself I was gonna be a part of that," Williamson said. "So, I think [Thursday] night, when I was sitting in my hotel room, I was like, 'I'm actually here.' It's very exciting."

Williamson added to the excitement on Friday, his star again looming over the proceedings. A "Zion Cam" followed him around to provide video documentation of his every move, and the Duke-heavy crowd roared with Williamson's latest additions to his highlight reel.

The end result, however, is little more than a steppingstone, Williamson said, with a national title the ultimate prize in a season that would feel unfinished without it.

"That's my main goal, to win the national championship," Williamson said. "Individual awards, if you know me, I don't really care about them.

"The national championship, that's the one where I'll look back 20 years from now and go, 'Yeah, we won it with that group, and that group was really special.'" 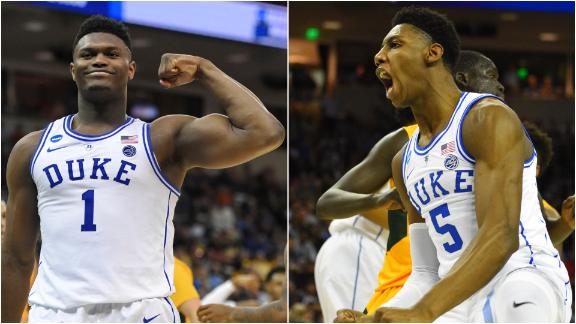 Zion, Barrett put on a clinic
Zion Williamson and RJ Barrett impress on both ends of the court in Duke's victory over North Dakota State. 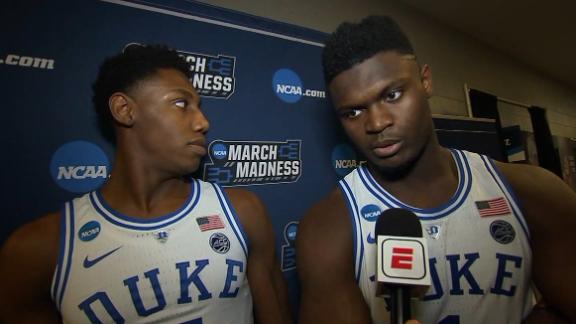