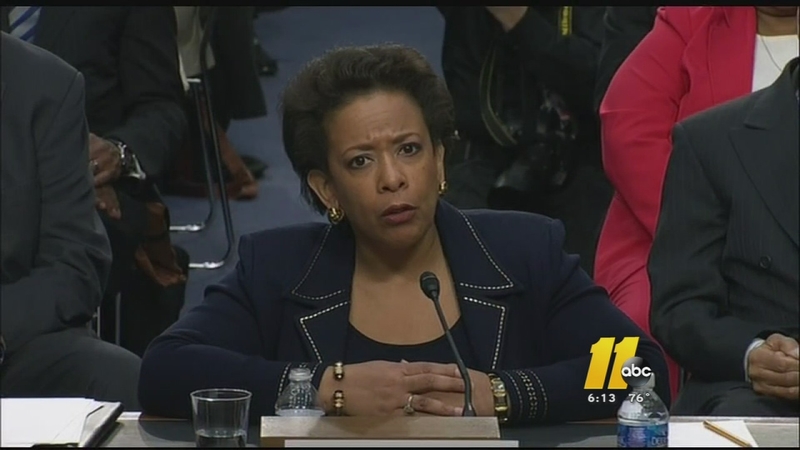 WASHINGTON -- North Carolina residents unhappy with announcements by their two U.S. senators that they'll oppose the nomination of Greensboro native Loretta Lynch as attorney general went to Washington Tuesday to try to get them to change their minds.

The state NAACP chapter said a women's coalition along with its state president - the Rev. William Barber - met with Sens. Richard Burr and Thom Tillis.

"We came to look them in the eye and ask 'What is your problem? Why won't you support our North Carolina sister?' These two men should've been proud to introduce Ms. Lynch to their colleagues. Instead, these men treated Ms. Lynch as if she was invisible. Shame," offered Lynch supporter O'Linda Gillis.

The two senators said late last month they wouldn't support Lynch, the U.S. attorney for eastern New York. They both cited in part pending elections-law litigation by the Justice Department against the state that they believe will continue under Lynch if she's confirmed.

After meeting with the group Tuesday, the senators issued a statement:

"Today, we had a thoughtful, thorough conversation with the NC NAACP, during which we discussed United States Attorney Loretta Lynch's nomination to be Attorney General. While we remain concerned with Ms. Lynch's stated desire to lead the Department of Justice in the same manner as Eric Holder and will not be supporting her nomination, we are grateful that the group came to Washington to talk about this issue and exchange ideas."