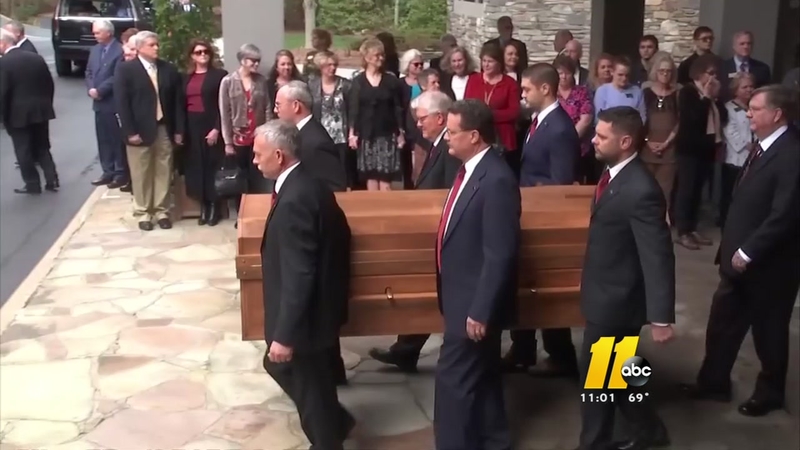 The Rev. Billy Graham's body has arrived in his hometown of Charlotte on Saturday as part of a procession drew large crowds of well-wishers.

The procession began Saturday morning at a mountain chapel at the training center operated by his evangelistic association in Asheville and ended in the afternoon at Graham's library in Charlotte.

Crowds lined the roadways to watch the procession pass through the town of Black Mountain as it leaves the training center on its way to the interstate. Graham often shopped in Black Mountain, next to the community of Montreat where he maintained his home.

Authorities in North Carolina's largest city, where Graham grew up, also made preparations with designated viewing areas for well-wishers for when the procession ended there.

He will lie in repose Monday and Tuesday in Charlotte.

Graham's casket will then arrive at the Capitol on Wednesday, the 28th, and after arriving House Speaker Paul Ryan (R-WI) and Senate Majority Leader Mitch McConnell (R-KY) will take part in a bicameral service.

A private funeral for Graham will be held on Friday, March 2 in a tent at the library site and he will be buried next to his wife there, DeMoss said.

Invitations to the funeral will be extended to President Donald Trump and former presidents, DeMoss said.