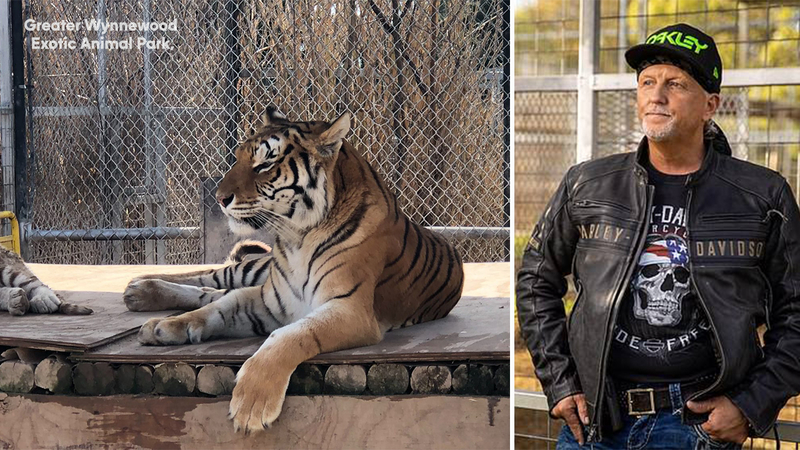 Zoo made famous by 'Tiger King' closes to the public

RICHMOND, VA (WTVD) -- One of the central figures in the Netflix documentary "Tiger King" has been indicted for felony wildlife trafficking.

According to the Virginia Attorney General, a months-long investigation uncovered evidence that Antle trafficked lion cubs between Virginia and South Carolina.

At the end of "Tiger King," the documentary mentioned that Antle's park in South Carolina was raided in December of 2019. We now know that that raid was part of this Virginia investigation.

Virginia investigators got interested in Antle in November 2019 when they indicted Keith A. Wilson, owner of Wilson's Wild Animal Park, on animal cruelty charges.

SEE ALSO: Zoo made famous by 'Tiger King' docu-series closes to the public

After that event, the attorney general's office started looking into how Wilson obtained those animals, which they said connected them to Antle.