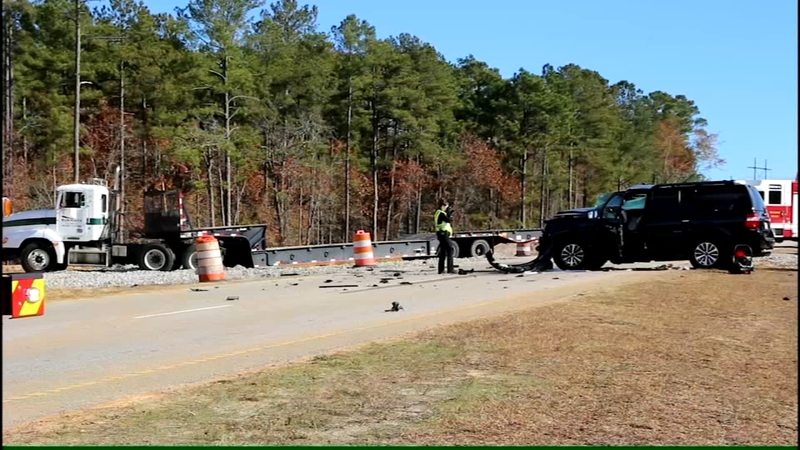 FAYETTEVILLE, N.C. (WTVD) -- Police have charged the driver of a parked construction trailer after Tuesday's fatal wreck in Fayetteville.

Fayetteville Police Department said the two-vehicle accident happened on Raeford Road near Pinewood Terrace around 10 a.m. The driver of an SUV crashed into the back of a parked construction trailer near a construction site at the future I-295 interchange.

Investigators said the semi-truck pulling the trailer appeared to have gotten stuck in asphalt off the roadway; part of the trailer on the truck was sticking out into the road.

"When you see these barrels -- these work zone areas -- pay extra attention and watch what you're doing," Lt. Gary Womble said.

Police said Lucas Wigfall, 26, a passenger seat of the SUV, died at the scene. The driver, a woman, was taken to the hospital along with two children, one of which is an infant.

Officials said David Bumgardner, the driver of the tractor-trailer, has been charged with misdemeanor death by vehicle and a lane obstruction after failing to place markers around the parked trailer.