Traffic fatalities are on the rise in North Carolina 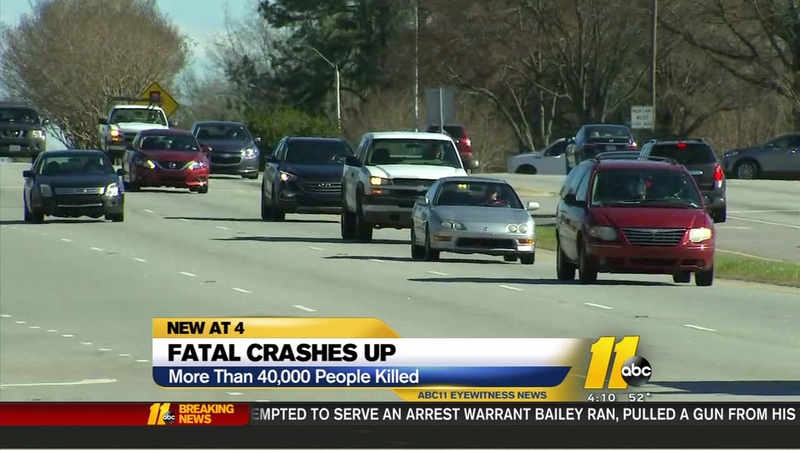 Fatal crashes up in NC

More Americans are dying on the roads and North Carolina traffic officials say drivers don't need to become complacent with the devastating statistics.

The National Safety Council estimates traffic deaths were up 6 percent in 2016 with 4,200 fatalities, the most in nearly a decade.

That upward trend holds true for the Tar Heel State.

But Lacy said the traffic fatality rate dropped because of a growing population with more people driving and driving farther.

Still, he said, people dying behind the wheel should not be the cost of a growing, busy state.

"Let's make it personal," Lacy said. "How many people dying on our highways is acceptable for your family? None. That's why when we start talking about the most important safety feature of any vehicle on the roadway, it's the driver."

Lacy cited speed and distracted driving as big contributors with more crashes involving a driver simply going off the road.

"Poor time management leads to speeding and then when you add technology to the speeding, then you start opening up Pandora's box and you got all kinds of situations," said Tripp. "Because they haven't had a serious accident, they really don't see the danger."

Tripp said he encourages his students to either put their cell phone in the trunk, or if it's in the car with them when they're driving, to turn it off before they hit the road.