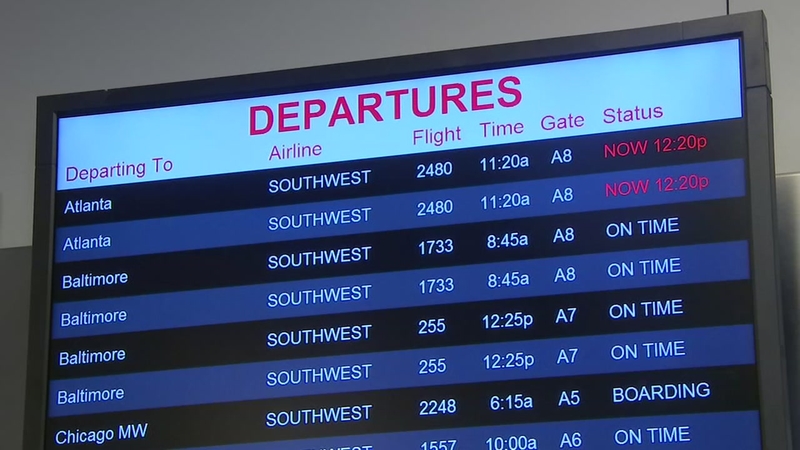 April Fools Day is no joke for air travelers affected by a computer glitch. The result: US airlines and their regional affiliates delayed departures and arrivals, before and after they reported that issue was resolved.

The Federal Aviation Administration tweeted the likely cause was "a non-FAA flight planning weight and balance program called Aerodata." The outage started around 5:30 a.m. and was fixed by around 8:30 a.m.

UPDATE: The issue has been resolved. Contact individual #airlines for information on specific delays. https://t.co/5irxFMwRu7

O.C. and Evelyn Collins arrived early at RDU, concerned that their flight to Atlanta and a connection to their home in Memphis might be affected. They saw delays to other cities, and kept their fingers crossed as they approached the TSA check in area.

"Hopefully it's not us," said Evelyn Collins. "Because I'm ready to go home! But if it is us, let out be a short delay and not a long delay."

By noon, we saw at least one scheduled departure from RDU, on Jet Blue to JFK Airport in New York, delayed by two hours.

But O.C. Collins maintained a positive attitude about travel on a day when some people may need extra patience.

"We hear about delays all the time. As long as it's not anything, I guess you would say major," he said. "Because the way they talked about it, it sounded like something minor that they could get done, and we could just keep on moving. That's the way I look at it."