Troubleshooter: Car scam could drive you into the poorhouse 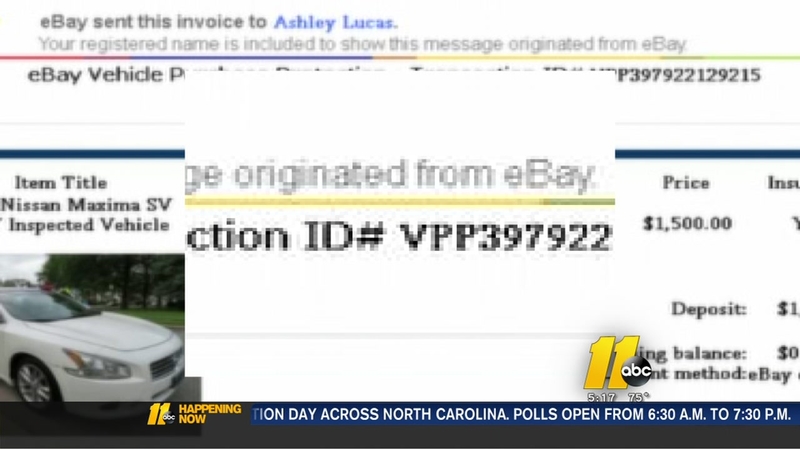 One scam caught Ashley Lucas off guard, and she is now out $2,500. She spotted a 2009 Nissan Maxima for sale on Craigslist. It was listed for $1,500, so she wanted to act fast as it was a price she could afford.

She emailed back and forth with the seller, and the seller claimed the purchase came with eBay Vehicle Purchase Protection.

Ashley thought the deal would be protected, so she moved forward with it. The catch? The seller wanted her to pay in eBay gift cards.

So Ashley bought the $2,500 worth of gift cards and then followed the instructions from the seller by scratching off the numbers on each gift card and giving those numbers to the seller, so then they had access to the money.

Ashley thought she'd be getting her new car, but then the seller asked for more money.

Ashley Lucas felt bad about being scammed, but she isn't the only one to fall for these ploys.

"After I told them I'm getting a little curious, they were no longer sending emails back," she said. "They weren't answering their calls."

Ashley realized she had been scammed.

"I felt stupid because I was already low on money and I just was going to take a risk because I need a car really bad," Ashley said.

SUCH SCAMS NOT UNCOMMON

Ashley is not alone, as I've heard from several other viewers who said they also fell victim to a used-car deal where they paid the money for the vehicle because they thought it came with eBay vehicle protection.

In reality, the scammers are mimicking eBay and making it look as if it is legitimate.

EBay does explain on its website how the scam works and what to watch out for. Click here for information on that.

EBay warns that its Vehicle Purchase Protection covers only certain vehicle transactions that are completed on eBay.com. If a Craigslist or non-eBay seller "promises" you the eBay protection plan, eBay says this is false and almost certainly a scam, and you should walk away.

The FBI also issued this warning