Trump asks people to pray for Schwarzenegger, gets a response 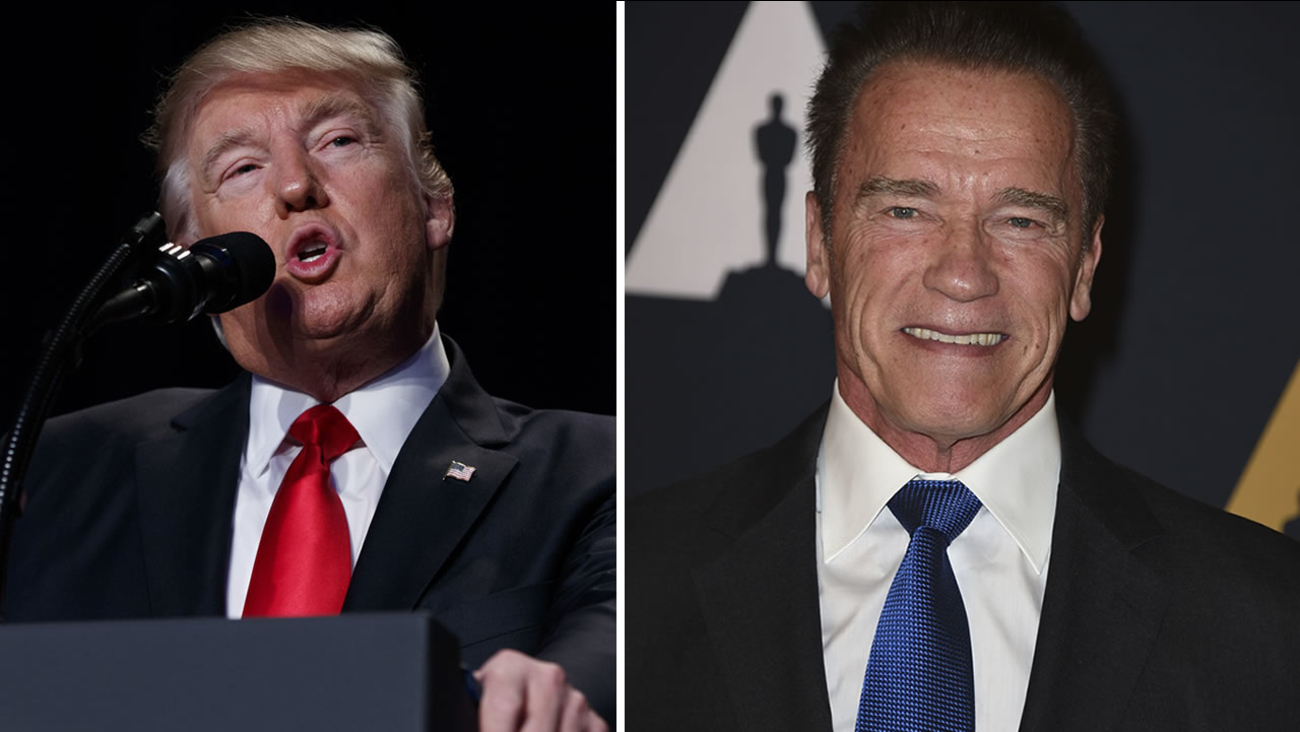 "They hired a big movie star, Arnold Schwarzenegger to take my place, and we know how that turned out," Trump said at the top of his remarks.

He continued, "The ratings went right down the tubes. It's been a total disaster. And Mark [Burnett] will never, ever bet against Trump again, and I want to just pray for Arnold, if we can, for those ratings."

Pres. Trump jokes about Arnold Schwarzenegger as host of "Apprentice": "I want to just pray for Arnold if we can for those ratings." pic.twitter.com/hNy115htJr

"Hey Donald, I have a great idea. Why don't we switch jobs: You take over TV, because you're such an expert in ratings, and I take over your job. Then people can finally sleep comfortably again," he said in the video.

A spokesman for Schwarzenegger also fired back at Trump.

"Arnold is praying that President Trump can start improving his own approval ratings, which were the worst in history for an incoming president, by taking his job seriously and working inclusively," Daniel Ketchell, the spokesman, told ABC News.

The National Prayer Breakfast, which brings together politicians with members of the business and religious community, began in 1953 and is organized by The Fellowship Foundation and hosted by a committee of members of Congress.

The Associated Press and ABC News contributed to this report