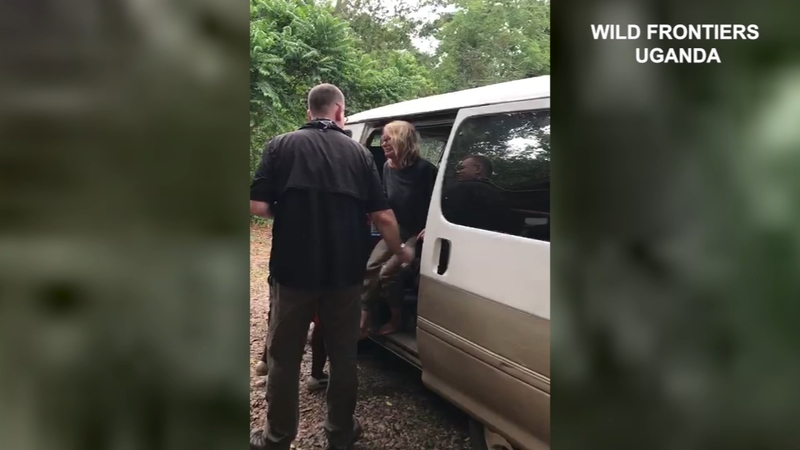 American tourist free after being kidnapped in Uganda

COSTA MESA, Calif. -- American tourist Kimberly Sue Endicott and her Congolese safari guide, who were kidnapped at gunpoint last week in a Ugandan wilderness park, have been safely released.

The release came after a ransom was paid and a negotiated handover was conducted.

Kimberly Sue Endicott, a Costa Mesa resident who was kidnapped for ransom last week in Uganda, has been released safely along with her Congolese safari guide.

"Security services have this evening managed to rescue" Endicott and her driver Jean Paul Mirenge, the Ugandan government said in a statement. The two kidnap victims returned to a lodge at Queen Elizabeth National Park on Sunday, according to a spokesperson for Wild Frontiers Uganda.

The amount of ransom that was paid and other details of Endicott's release were not immediately disclosed, including the identity of the person or entity that made the payment. The captors had demanded $500,000.

"Pleased to report that the American tourist and tour guide that were abducted in Uganda have been released," he said in the tweet. "God bless them and their families."